This week we will celebrate Easter and open the party season

This Friday, together with Gin Zeppelin and Tatratea from the bar developed a great cocktail on the idea of ​​the famous bartender Mash Mitak. He will take care of the cocktails at the outdoor bar, but not only because they have prepared more surprises for you. Juanito will take care of the music.

On April 30th, Tommy Riverra will take care of the good mood of the guests at the Bally Club - always well prepared to surprise the audience in the best way. The music that describes him is characterized by deep bass lines, rhythmic elements, energetic, dynamic and melodic House, Deep, Tech, Afro, Electronica sound!

The best way of keeping a secret is to pretend there isn't one.

Anna graduated from the Music Academy in Plovdiv and later she founded her own music school. Welcome to enjoy soul and funk music from the 80's performed by Anna Boradjieva and Hristian Zapryanov in an acoustic duo (voice and piano). There will also be a special part of the concert - Bulgarian songs by Ostava, PIF and classics.

City tour of Plovdiv for connoisseurs

Antiquity, Revival architecture and beautiful buildings from the beginning of the last century are intertwined in the thousand-year-old Plovdiv. The organizers will tell you about the architects who built them and the people who lived in them. You will be immersed in the magic of the Old Town. In life in Roman Philippopolis, Ottoman Philip and Plovdiv after the Liberation. For the famous people who intertwined their destiny with our city. About the temples, the ethnic groups and the relations between them.

The Easter with Nino BG & Nu-She

All guests of Easter in "Bally" club will welcome this bright holiday, with a completely renovated interior and appearance of the bar, thanks to which you will feel more cozy, comfortable and convenient during your stay.

For the good mood of all guests, will take care of resident DJs - Nino BG & Nu-She.

As one of the golden socialist slogans reads - "without work life is neither beautiful nor worthy". That is why on Labor Day the Post invites you to work together to drink beautifully and with dignity under the funk and disco accompaniment of Kalyas and Valeto - prominent guardians of the beautiful and worthy in music and at the same time complete drunks.

Easter holidays - Program of the Municipality of Plovdiv

11.00 h. "Asya in the land of talents" - a fun program for children with the participation of the team of the eponymous show, hosted by Asya Antonova and children's vocal group "Singing Kittens" led by Nevena Kichukova

"Big Band Plovdiv" was established in the early 2000s. Entirely composed of professional musicians, the band is the musical emblem of Plovdiv. The founder and leader of the orchestra is Nikolay Geshev. Easily recognizable, temperamental on stage and much loved by his enthusiastic audience - this is the shortest way to describe the presence of the Big Band. During the years of its activity the Big Band has performed many concerts all over the country. Participant in jazz festivals, musical host of solemn ceremonies, constant participant in all important national celebrations in Plovdiv. These are just some of the Big Band events. The orchestra has completed many projects with almost all prominent jazz and pop performers in Bulgaria. Traditional music host of the Plovdiv awards ceremony, which honors outstanding achievements in the field of culture and art.

The band's repertoire is extremely wide - from classical jazz to contemporary Latin and pop songs. Almost all plays are arranged by Nikolai Geshev. Joint projects with Kamelia Todorova, Vasil Petrov, Petar Salchev and others famous names in the genre.

Plovdiv Singers' Society "Angel Bukoreshtliev", conductor - Tsvetan Tsvetkov, accompanist - Dr. Boris Mirchev. The oldest choir in the city - Plovdiv Singers' Society "Angel Bukoreshtliev" celebrates its 125th birthday this year. In the late years of the 19th century in Plovdiv the influence of the Greek musical culture and of the Greekism among the citizens was especially characteristic. That is why in 1894–1895 there was a desire among the Bulgarian intelligentsia to establish a society that encouraged citizens to listen to folk music. At a preliminary meeting it was decided to establish a teachers' association called "City Friendship", which would group all teachers in Plovdiv and set a goal of cultural and educational development of the city. In 1895 an Amateur Men's Choir functioned with him, and Angel Bukoreshtliev was invited as a conductor. Encouraged by the success, on 4 March 1896 the singers and Angel Bukoreshtliev founded the Plovdiv Singers' Society, which led the struggle for cultural supremacy over the Greeks, grouped around itself the unreserved sympathy and support of all classes, as a result of which Greek cultural influence decreases significantly.

In 1928 the Singers' Society acquired its own building, in which it operates to this day. Since 1931 the Plovdiv Singers' Society has been a member of the Union of Folk Choirs in Bulgaria, and since 1934 it has also had a women's choir. During the period 1926–1944 the Society was among the prominent groups outside the capital. Its repertoire is diverse and includes a number of works by Bulgarian composers. The orchestra and choirs develop a lively concert activity.

Since December 2013, the conductor of the Company is the young and talented graduate of AMTII Plovdiv - Tsvetan Tsvetkov.

Stage at the 1 St. Stambolov Square, in front of the Municipality of Plovdiv

For everyone who doesn't have enough time for the weekend to be 2 days! You can dance after the big meal and relax with a drink in hand under the background of super cool music

THE EASTER with ROCCO & ALX

Easter holidays - Program of the Municipality of Plovdiv

Folklore Ensemble "Trakia" was established in 1974. It preserves and develops the folk song and music-dance wealth from all folklore areas of the country. Presents and reveals in almost authentic form or in modern music and dance interpretations real pearls of folk art. The ensemble is distinguished by its unique style of authorship and originality.

The creative image of "Trakia" was created and developed by the greatest authors in the field of folklore such as Prof. Kiril Dzhenev, Assoc. Prof. Stefan Mutafchiev, Prof. Nikolay Kaufman, Prof. Nikolay Stoykov, K. Kolev and many others. Director and Chief Artistic Director of FA "Trakia" is Prof. Dr. Daniela Geneva.

For 47 years the Ensemble has given thousands of concerts in all parts of Bulgaria, supporting state institutions in many important forums. They have participated in international events in 48 countries. They are winners of all possible awards in the field of culture.

Trio SOPRANO was established in early 2009. Their performances are based on classical music, but with a modern and innovative sound. Their repertoire includes the most famous opera arias, evergreens, Russian songs and musicals. Trio SOPRANO have performances on some of the biggest stages in Bulgaria - Hall 1 of the National Palace of Culture, Ancient Theater Plovdiv, Arena Armeets Sofia and many others. Since May 2015 the trio is part of the music company Payner. Soprano Trio are:
Petya Vardeva - lyrical soprano with coloratura heights.
Gabriela Peeva - lyrical soprano
Biliana Androncheva is a spin soprano.
https://www.triosopranomusic.com/za-nas

Five doctors from Plovdiv have been playing rock songs for more than 6 years, and most of their performances are for charity. The Doctors consists of the dentist Emilian Stankov (vocals), the medical physicist Ivan Rusev (bass, vocals), the doctor of laser technique Stoyan Rusev (solo guitar), the doctor Ivan Sultanov (rhythm guitar vocals) and the vascular surgeon Ivan Bachvarov (percussion).

The biggest charitable cause of the "Doctors" was a "white concert", which raised funds for a children's incubator, which was later donated to a Plovdiv hospital. From Monday to Friday, Dr. Ivan Rusev was at the forefront of the fight against COVID-19. He trained physicians in the most difficult things the virus could face, including intubating patients with respirators.

Doctors say they were first brought together by music when Sultanov and Stankov were together in the group "Clover" of the Medical University. What then turned them into an independent group was the cause of "keeping our souls pure."

The hard rock band "Doctors" created the anthem of Plovdiv 2019. "This eternal city" sounded on the stage in Kapana District on 14 January 2019, where the Opening Weekend of Plovdiv 2019 was closed with an emotional concert of the band. From the very first chords the song was liked by the audience, which sang along with the rockers.

Stage at the 1 St. Stambolov Square, in front of the Municipality of Plovdiv 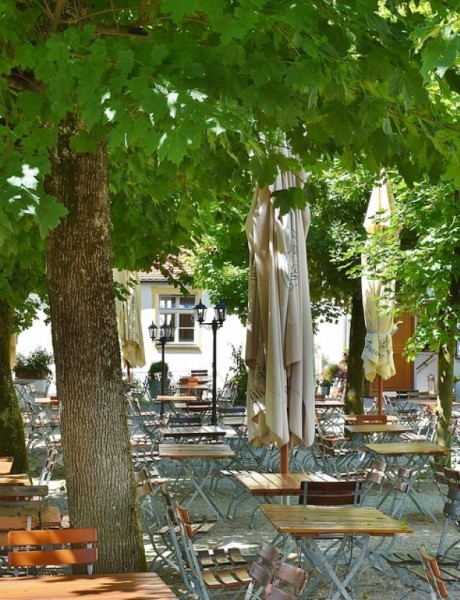 Places with summer gardens in Plovdiv

Even though the summer isn’t going well according to our expectations for hot days and scorching nights, our favorite places have long opened their summer gardens and terraces and lure us with a promise of coolness and relaxation. 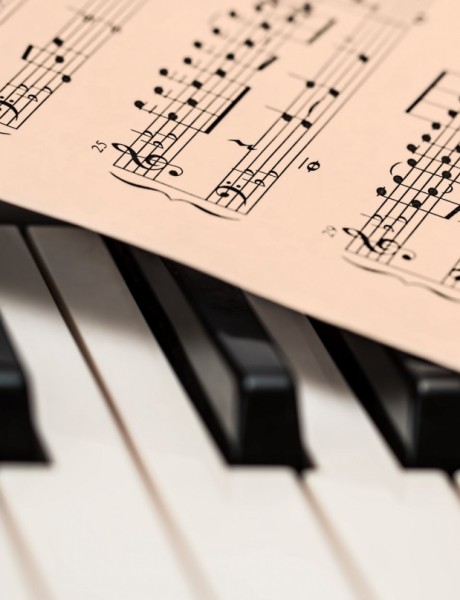