What is the most magnificent part of the central square?

In its outlines you can enjoy the authentically preserved City Council of Philippopolis, the City Library and the southern facade of the City Basilica

The ribbon of the restored, preserved and socialized site was officially cut last week and the administrative heart of Philippopolis is now available for viewing. 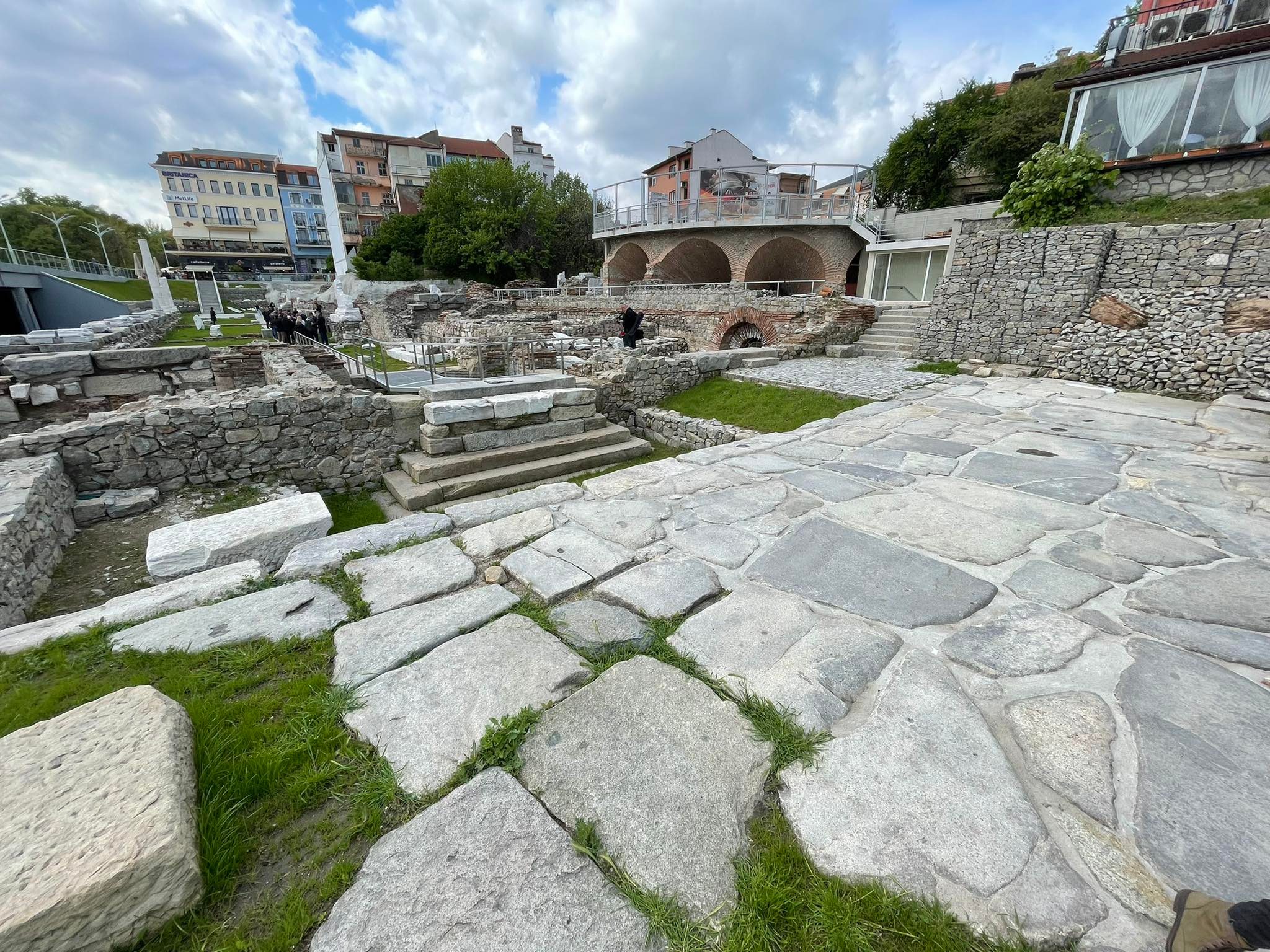 The research there began in the distant 1986, and during this period it was actively worked in the field for twenty years with various interruptions due to lack of finances. This happened after the passage of Gladstone Street, thus cutting the city square - the Agora in two. It is important to clarify that the Forum consists of two main parts. Commercial, from the south, which is an open-air large area called Area, and shops on three sides - east, west and south. In the northern part is the complex of public buildings related to the management of the ancient city, which was built on the east-west axis. 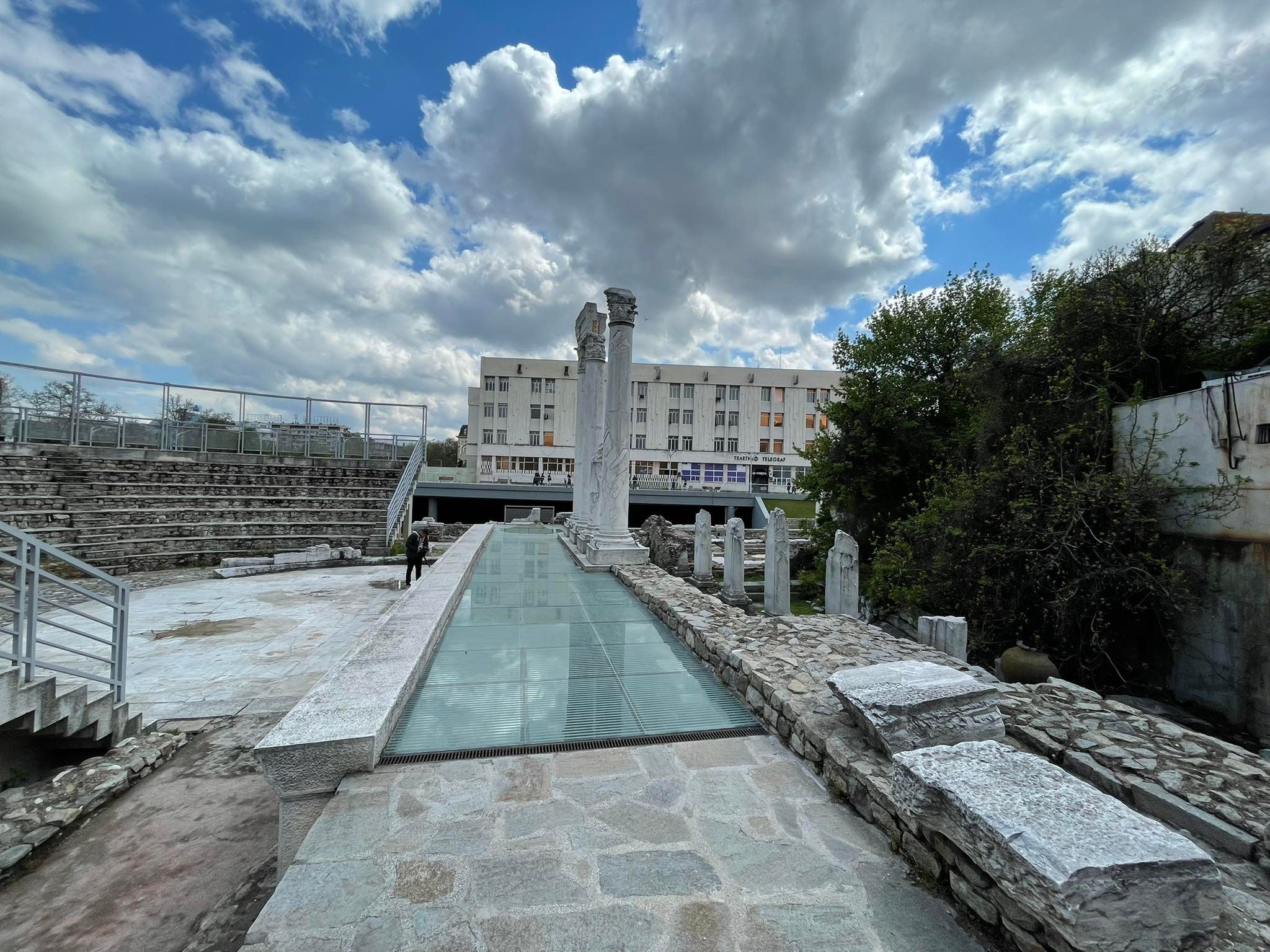 Authenticity is maximally preserved, which is a trend in European standards of exhibition. There is very little interference in 2-3 columns, which indicate what the colonnade looked like in a vertical direction on the north side. In the northeast corner is the Odeon - the city council of Philippopolis, where the city magistrates met and where all the fateful decisions concerning the city were made. To the west of it is the city library. Philippopolis was one of the few ancient cities to have libraries typical of the eastern provinces of the Eastern Empire. To the west of the library is the southern façade of the city basilica - a building where court proceedings were carried out - here we have a lot of epigraphic data that cases were being carried out on the square. These are the main buildings that are exhibited on site. 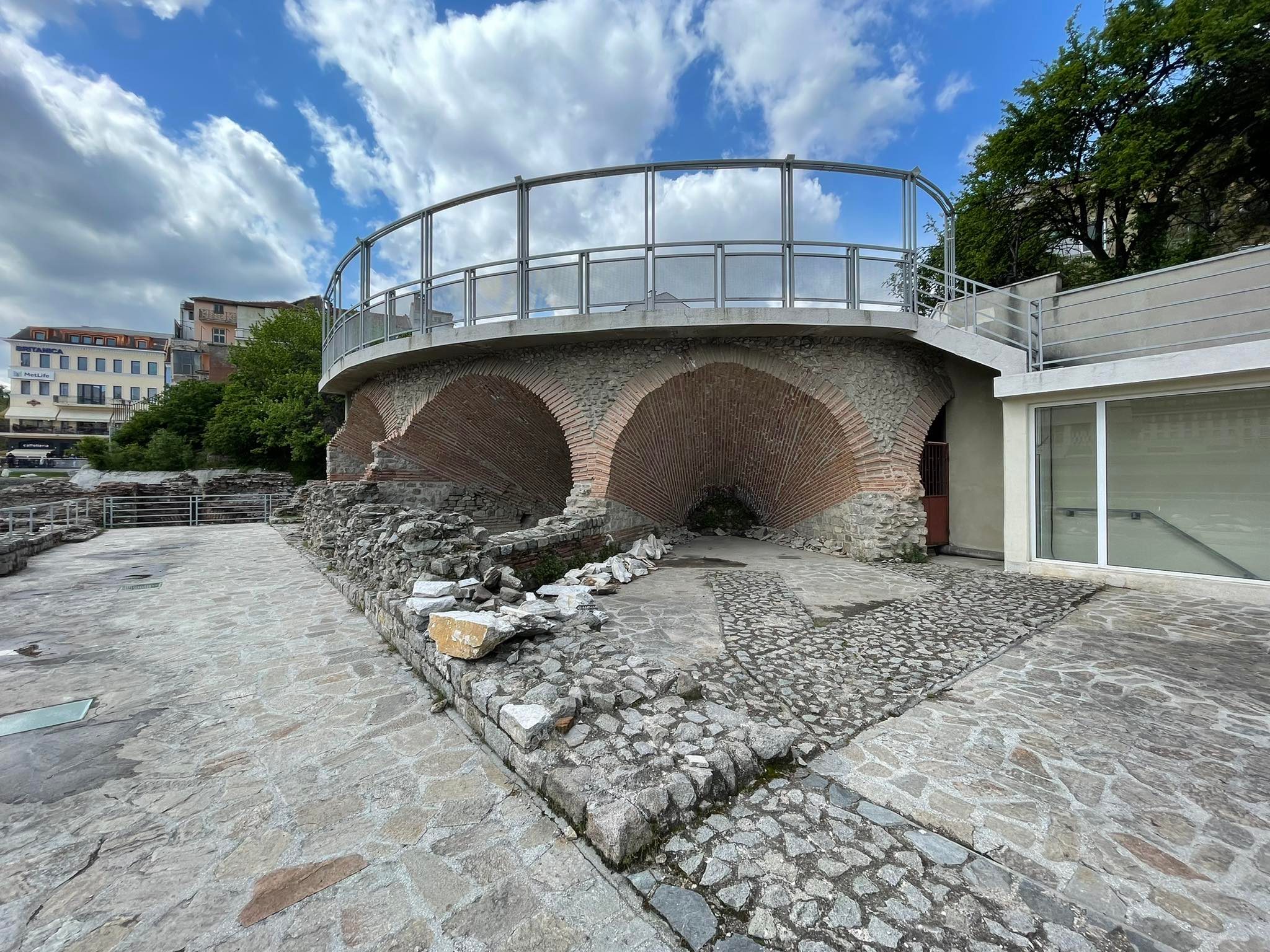 The library is a small rectangular hall with a special interior design. There is a preserved marble floor, a marble podium one meter from the floor and above it the walls are divided into niches, where there were wooden cabinets for the scrolls. This is the classic device for libraries, typical of the Asia Minor area. There is a similar one in Ephesus. Due to the fact that the northern part is the most representative part of the town square, many of the inscriptions were placed here, which should have become available to the citizens of Philippopolis and read accordingly. There are also pedestals for many statues. It is absolutely proven that there are at least three imperial statues. There is a poster for gladiatorial fights, which says when they will be held, and a number of other inscriptions, such as the imperial letter, which we found. That is, in the northern part we have a kind of stone library for the history of ancient Philippopolis. Most of these inscriptions are exhibited on the spot, with signs indicating their text and dating, respectively. 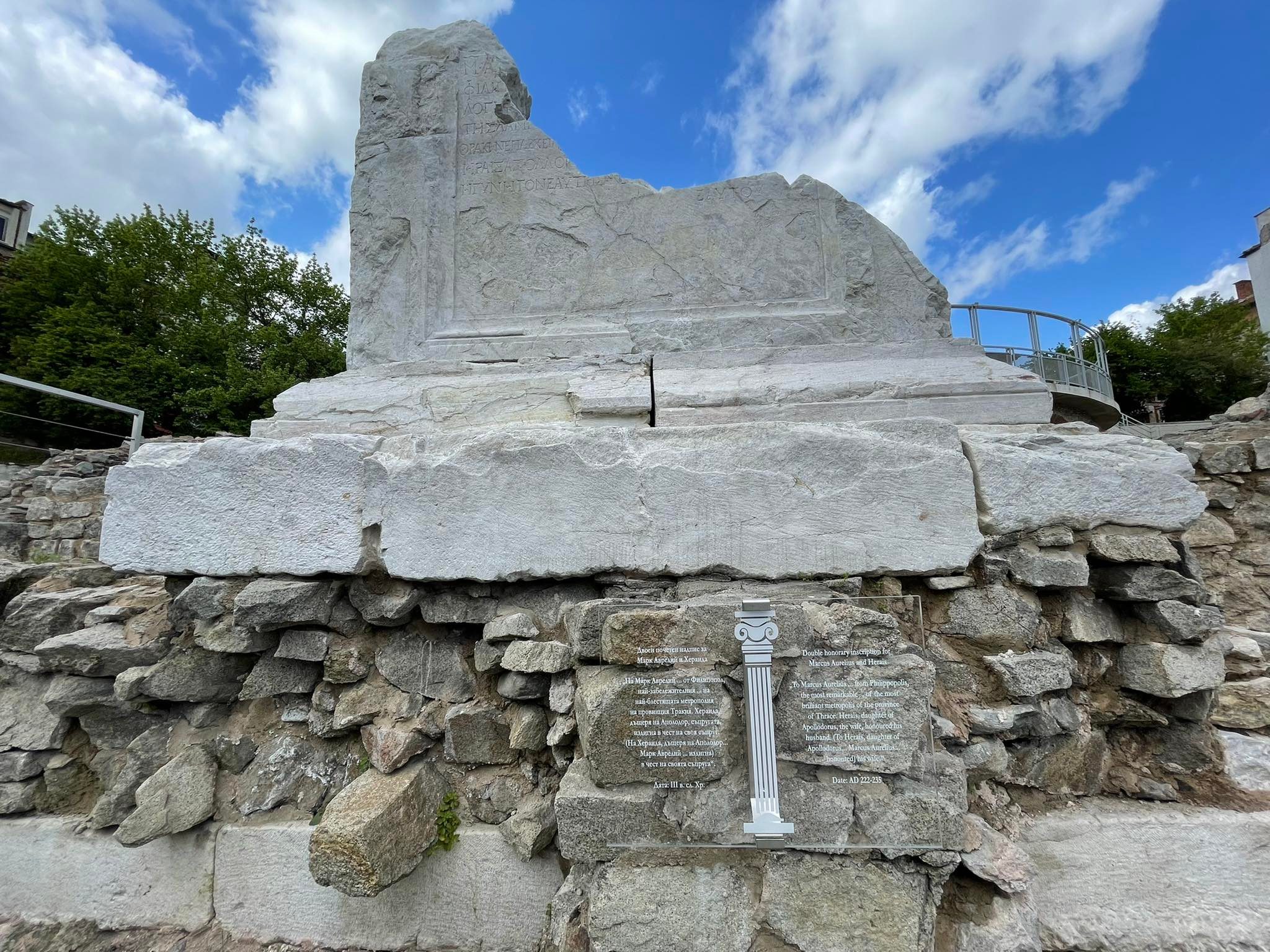 The Odeon is almost completely preserved, and this is not a surprise for archaeologists, as before its research there were no modern buildings that could fundamentally destroy ancient structures. Above the Odeon there was a summer cinema with flooring and benches in the past. After their dismantling, even the columns that form its western facade were found preserved next to the modern level of Gurko Street. They were found vertically, as they are currently exposed. 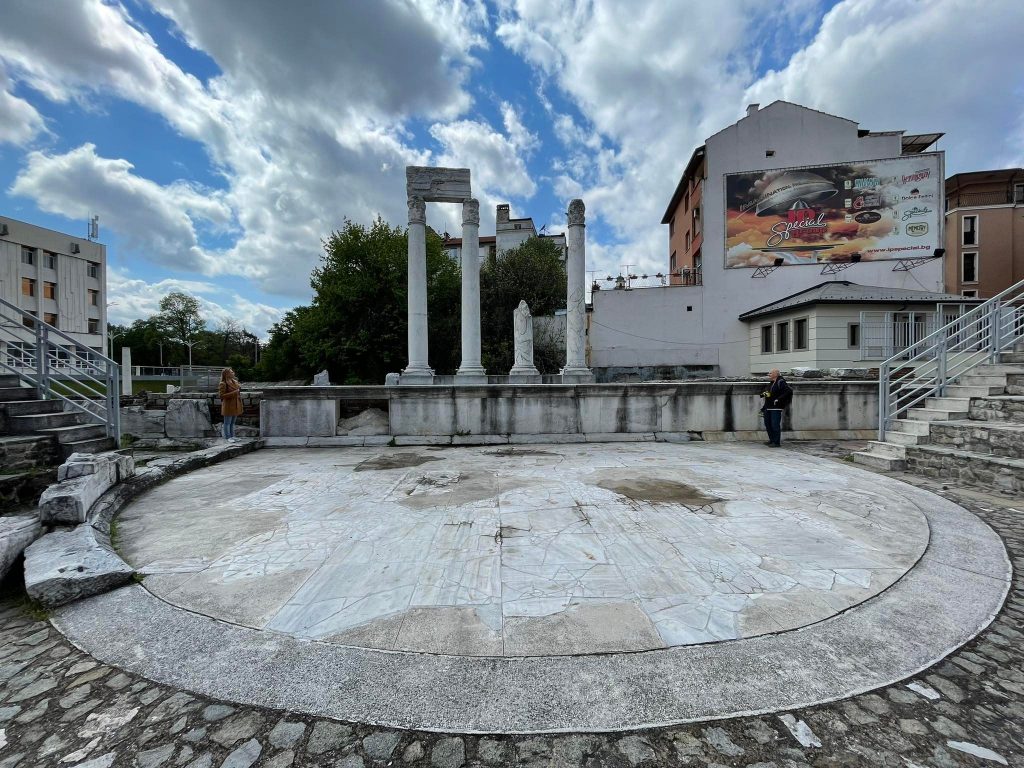 The Odeon itself is expected to be opened with the underground spaces to it, as well as the entrance from Gurko Street, but work there is still ongoing. 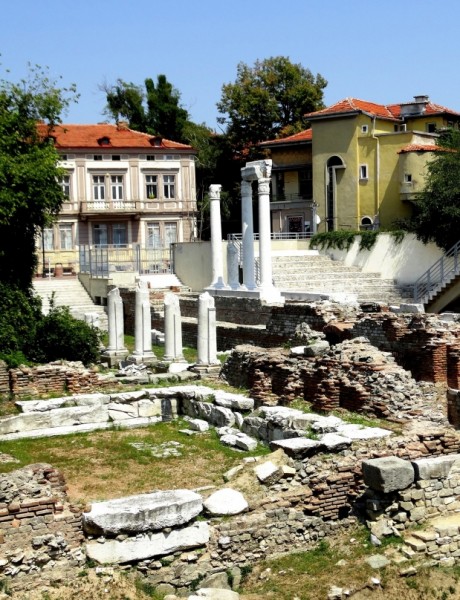 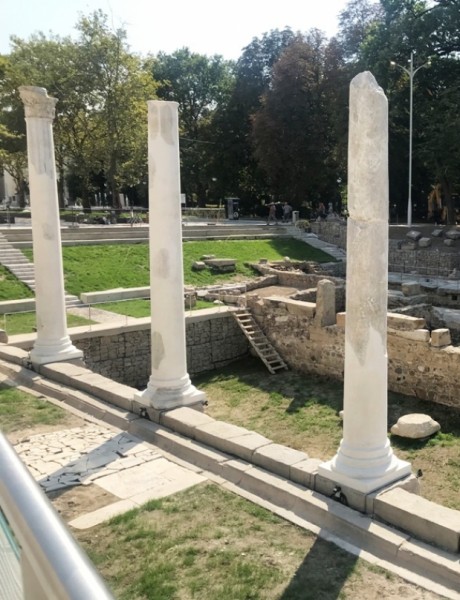