Where do you get the best view of the Plovdiv 2019 stage?

The start of the spectacular event is announced for 7 pm

After more than ten days of inconvenience due to the closed central boulevard and the debates around the scale of the stage tower, the long-awaited event for the celebration of the title of European Capital of Culture is here. Thousands of visitors and official guests are expected, and it is no wonder that we are all looking for the best place to watch the spectacular show. 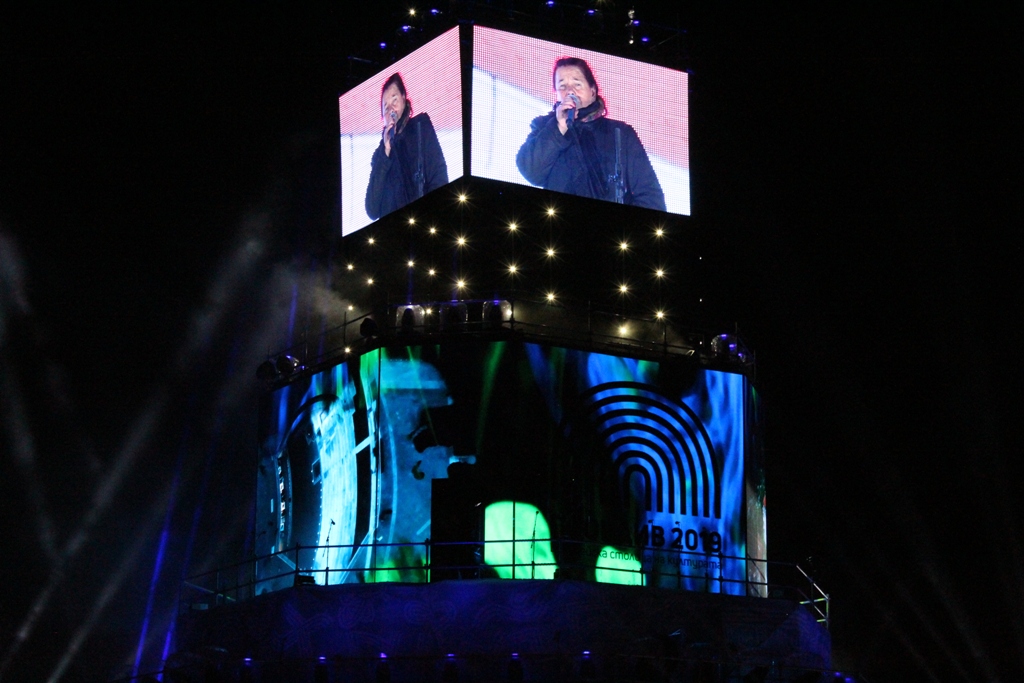 Perhaps one of the first places we have thought of is the space behind the Ancient Theater above the southern end of the tunnel. We have already shown you all the details in our photo walk through one of the most impressive sights in the city under the hills. There, however, will be located pyrotechnics and it will serve as a launching site, so, unfortunately, we’re dropping this option. In the afternoon, the access to the theater will be limited. 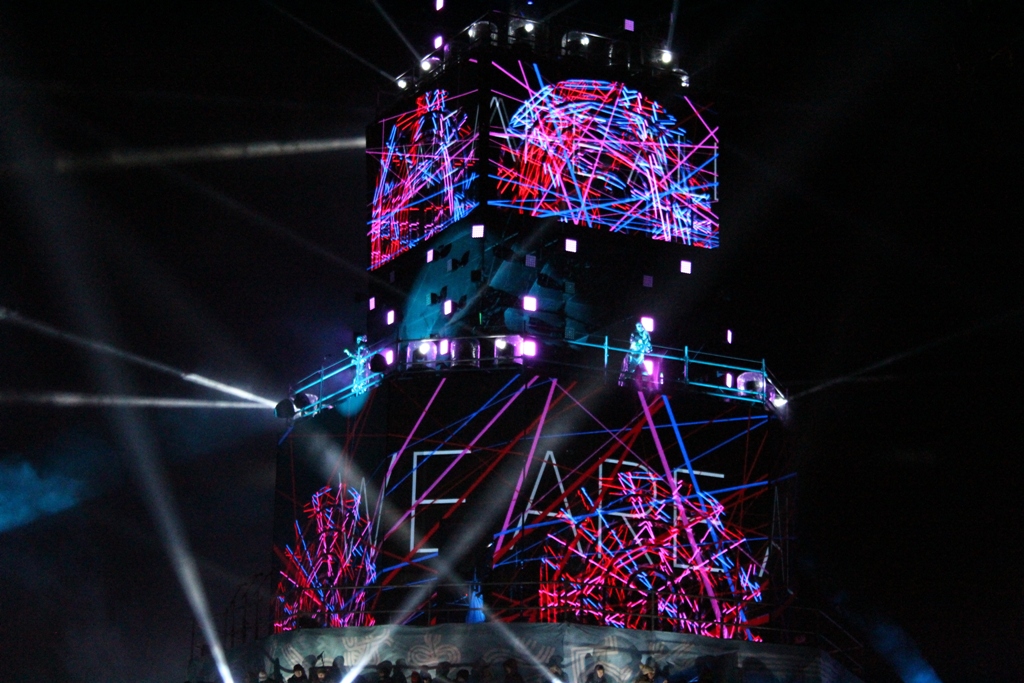 A magnificent view of the tower will be revealed by the emblematic Ramada Plovdiv Trimontium Hotel, where there’ll be the official cocktail for all VIP guests. In part of it, some of the journalists will be located, who will report the event. If you have managed to book a room and have a window to the square, you are in the right place at the right time.

And if we think of the highest place where you’ll seem to be at the center of events, we will immediately come to the conclusion that this is the bell tower of the Catholic Cathedral of St Ludwig. It was built in 1898 by a design by architect Mariano Pernigoni with Florentine-style architecture and is known as the Tower of Leontiana. Of course, it is hardly possible for everyone to go up there, so we will hope that the photographs taken by the drones of the authorized media will be phenomenal. 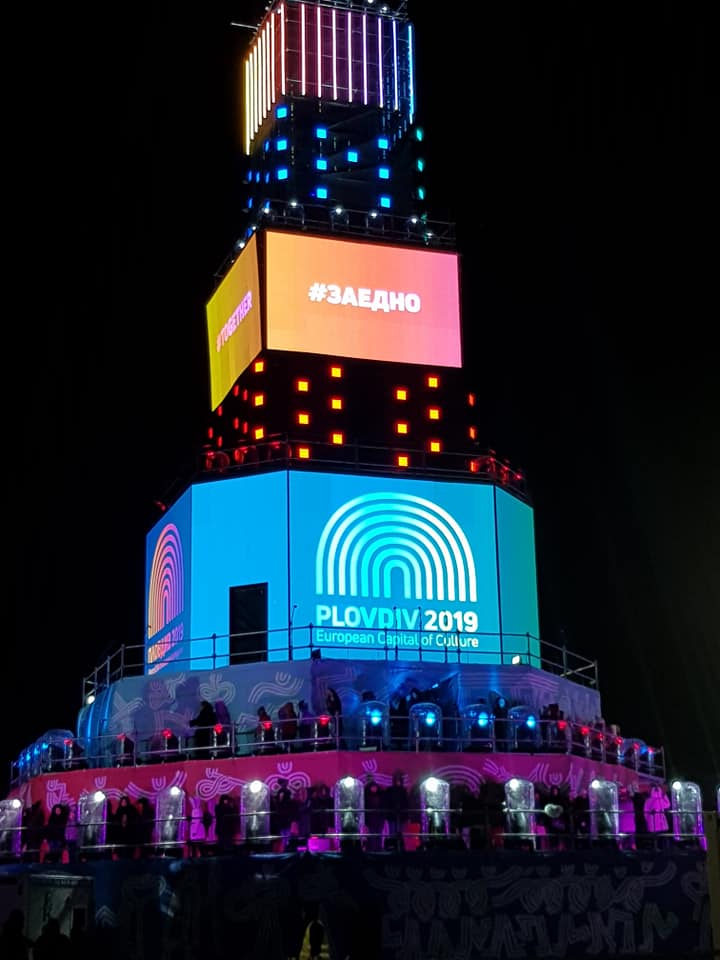 Two of the establishments on Otets Paisii Street also have the unique chance to become a comfortable lodge for everyone wishing to become part of the two-hour show. Guests at Odeon Hotel Restaurant will not only be literally on the first row but will also be able to enjoy all the artists in the company of delicious food and a cozy atmosphere. The rooms, however, unfortunately for all those who thought of it at the last minute, have long been booked. You can try Artnewscafe, but we can‘t promise that there will be a free spot. 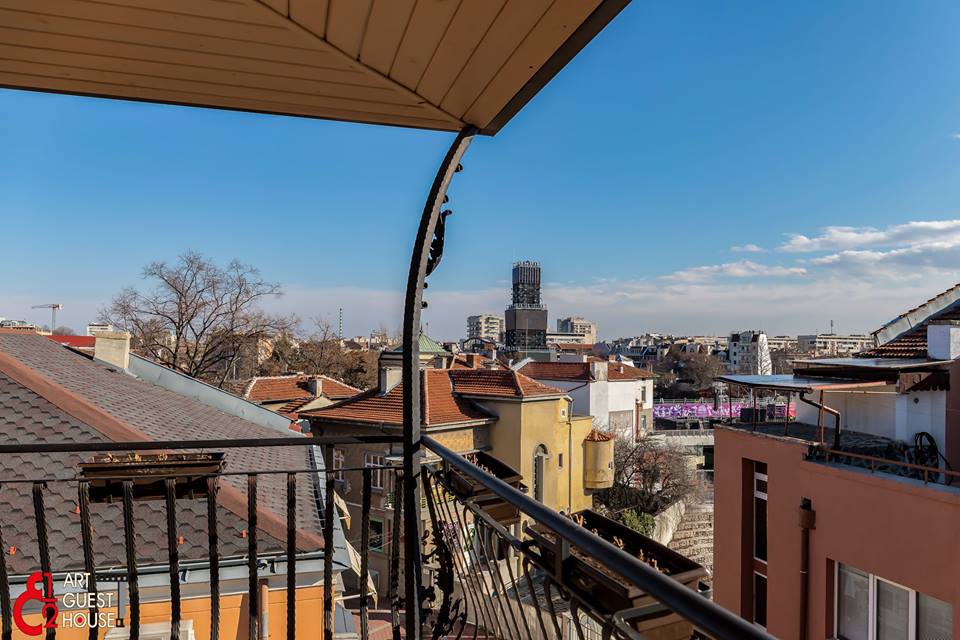 Guests at the boutique 8 ½ Art Guest House will also be privileged. From the spacious balcony of the penthouse apartment, the panorama to the top levels of the tower is direct and simply amazing.

Relatively good visibility, unlimited by anything but a little farther away, will also have the people who’ve decided to eat something sweet in the Afreddo ice-cream house. We assume that the tables have been booked as soon as the first few levels of the stage were raised.

On the first row will be the residents of the buildings on Tzsar Boris Third Boulevard. Despite the many restrictive measures that are quite normal for events of this magnitude and the fact that it is not advisable to stay on the terraces and to shoot with a flash, there will be some of the best places. 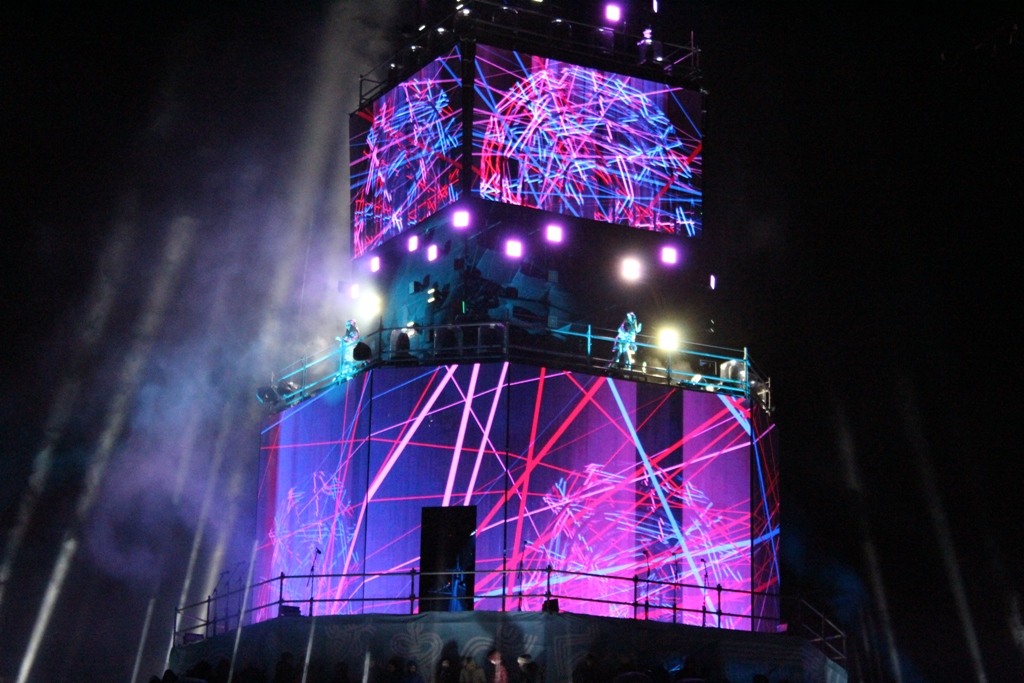 The start of the spectacular event is announced for 7 pm, but it is good to go at least an hour and a half earlier if you want to take the best places in the audience. You will pass through the checkpoints and your luggage may be checked. At the checkpoint, the scarves and blankets with the logo of Plovdiv 2019 will be handed out. 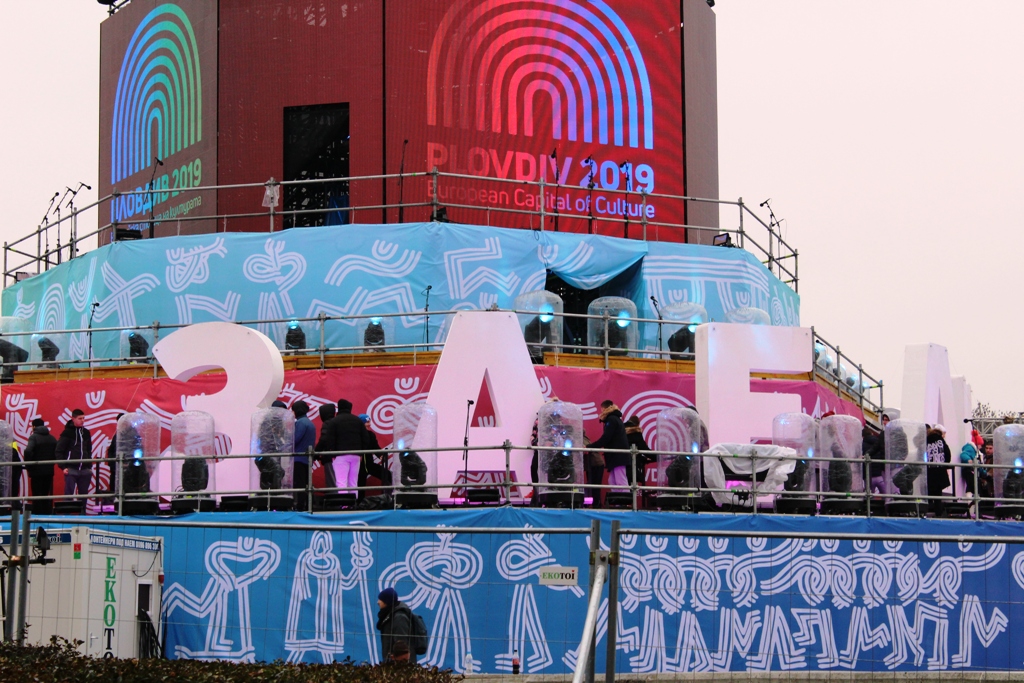 Surely there will be lots of emotions and we believe that the show We Are All Colors will be a good start for the filled with events, premieres and positive news 2019!

Highlights of Opening Weekend of European Capital of Culture

What not to miss out from the rich selection of screenings, exhibitions, workshops, and shows