The abandoned "beauties" under the hills

We often walk you through the most impressive buildings in Plovdiv and we all hold our breath the moment we sink into their splendor. We marvel sincerely at the exquisite ornaments and admire the mosaics and walls that have heard and seen so many stories.

There are, however, other buildings, often neglected, but still spectacular. You won’t read about them in any guidebook and you will hardly pay attention to them when you pass by. The plants have sometimes completely taken over, the plasters have fallen off, the windows are falling apart, but when you look closely, behind the relentless embrace of time, their beauty is still visible. 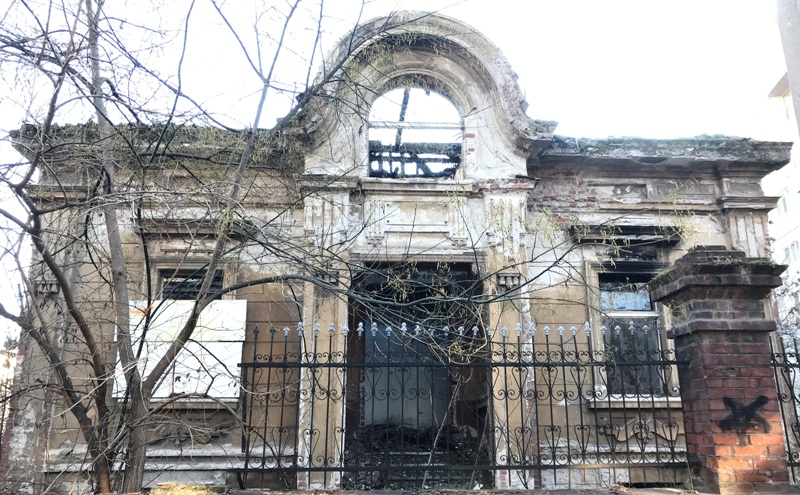 The house is the work of one of the brightest Plovdiv and Bulgarian architects Kamen Petkov, who left a rich and timeless cultural heritage. The grotesque ruin today was a real splendor in the past with bay windows, exquisite details, interior solutions, high 3-meter ceilings, its perfect yard and so on and so forth. Many years ago, diplomats, ministers, entrepreneurs, artists, have walked on its floor and now there are rats and bums rolling on it. According to the stories of people from the family, who owned the property, an indescribable aroma of flowers wafted in the yard, and unique black and purple roses grew there. The walls and ceilings were all painted in frescoes. Entering through the main entrance, the guests of the chiflik found themselves in a large corridor, which seemed to prepare them for the splendor in the heart of the house. To the left was the living room, which impressed with true magnificence and space. In the next room there was great furniture, part of which the family donated to the museum in more recent times. It was Viennese furniture bought by the Austrian consul from the ancestor and founder of the home, Yanko Bozhilov Semov. In the second room, everyone was impressed by the huge white fireplace with beautiful ornaments on it. It is interesting in terms of architecture that the higher the house from elevation zero, the deeper it was. Two floors up, two down. The masonry was about a meter thick, extremely strong, which explains the stoic survival of the facade. In the underground levels the temperature remained the same in summer and winter - always 14 degrees.

Today, the building is still not secured and its future remains bleak and without specific intentions on the part of the municipality. 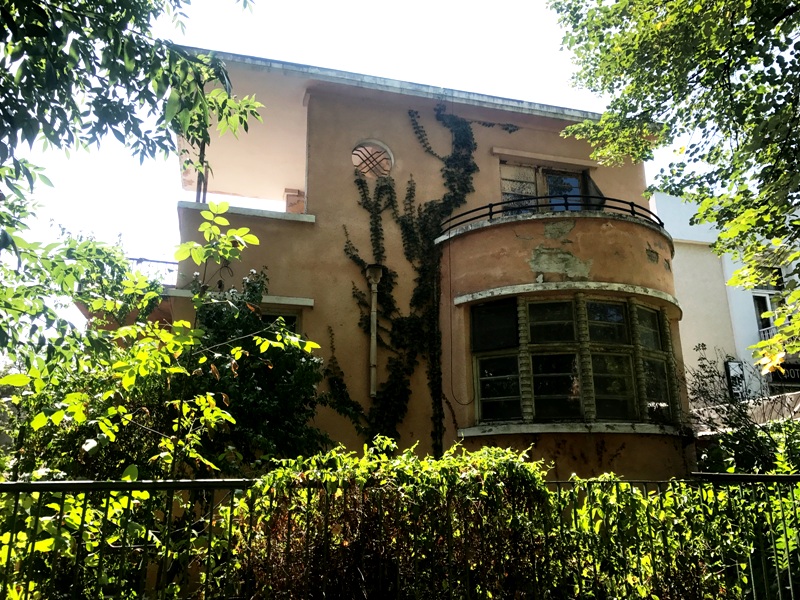 Designed in 1933 for the Jewish family of Eleanora and Albert Malapel, it is one of the most modern houses in the city to this day. The building opposite the Music School is adjacent to other architectural creations of Boyan Chinkov and Svetoslav Grozev, but stands out with its clean modern volumes, which according to many make it one of the most beautiful buildings not only in Plovdiv but in Bulgaria in general. It has a harmonious asymmetrical composition with a strong expression of the individual volumes. All its elements, even taken for themselves, are extremely modernist - expressive canopy over the roof terrace, wide-glazed semi-cylindrical avant-corps with a tubular railing, flat roof without canopies. It is extremely precisely developed in detail. Unfortunately, in recent years the only innovation on it is the padlock on the front door, and the ivy dominates in the yard and the building.

This is "one of the most perfect houses" in its architecture, wrote arch. Hristo Peev. Its facade is not actually towards the street, but towards the yard and today it is difficult to see it from the high wall. The entrance has a beautiful portico with wooden columns. Built between 1848 and 1850, the house of the rich clothier Hadzhi Dragan Kaloferetsa is one of the largest and most impressive buildings in the architectural reserve Old Plovdiv. Its built-up area is 290 square meters. It is on two floors, with a high basement. The building was completely reconstructed and restored in the period 1974-1975, as it was in extremely poor condition. Its yard is amazing with its several levels. In the back, which is on the lower level, there was an orchard. In the open space in front of the house, there was a beautiful marble well with an iron wheel, and next to the garden stands out the beautiful auxiliary stone building, built between 1854 and 1856. The cellar and the bathroom of Kaloferetsa and his family were located there. The massive two-story building has a total area of ​​80 square meters. The upper floor was used as a warehouse for household items, and it was most likely that the rich merchant hid his valuables there. Downstairs was the magnificent bathroom with beautiful decorations and ornaments, which was heated by hot air. The cellar and the bath are dated thanks to a Greek inscription on the front door with the year 1854. For many years the house of Kaloferetsa was the place from which in the recent past the memory and the cultural and historical heritage of Plovdiv were preserved. There was the regional unit of the Institute for Cultural Monuments. Currently, the house is owned by the Doverie Pension Fund, and last year, when inspected after a signal of its miserable condition, original frescoes from churches and buildings - cultural monuments - were found there. 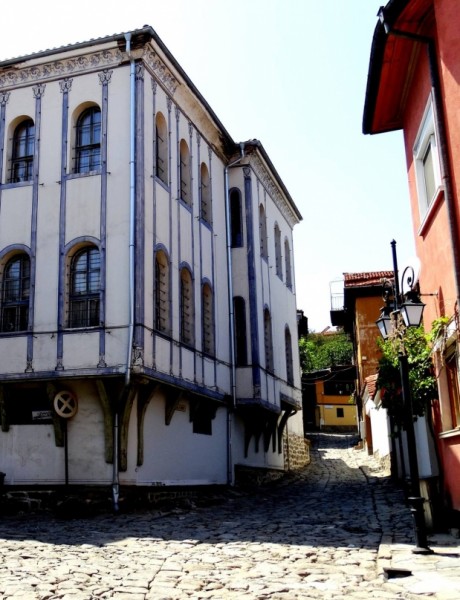