Spring holidays and traditions in Bulgaria

Today, a cycle of spring holidays begins in Bulgaria, which is associated with traditions and customs not so typical of the rest of the world

Lazarovden is a Christian holiday that bears the name of Saint Lazarus. It is celebrated on the eighth day before Easter. Because Easter is determined by the lunar calendar rather than the solar calendar, Lazarovden falls each year on a different date, but always on Saturday. On this day the custom of lazaruvane is performed. The young women, called lazarki, pick flowers for the wreaths that they will knit for Tsvetnitsa (the next day). The girls wear traditional folk costumes. They tour the houses of the village, sing ritual holiday songs, and bless for health, happiness, and prosperity. The owner of the home gives them eggs, money, fruits and small gifts. In the past, on Lazarovden, the young men from the village asked for the hand of their chosen one. Today, this type of holiday is rarely celebrated in cities and you are more likely to attend some kind of variation of celebrating it in small towns. 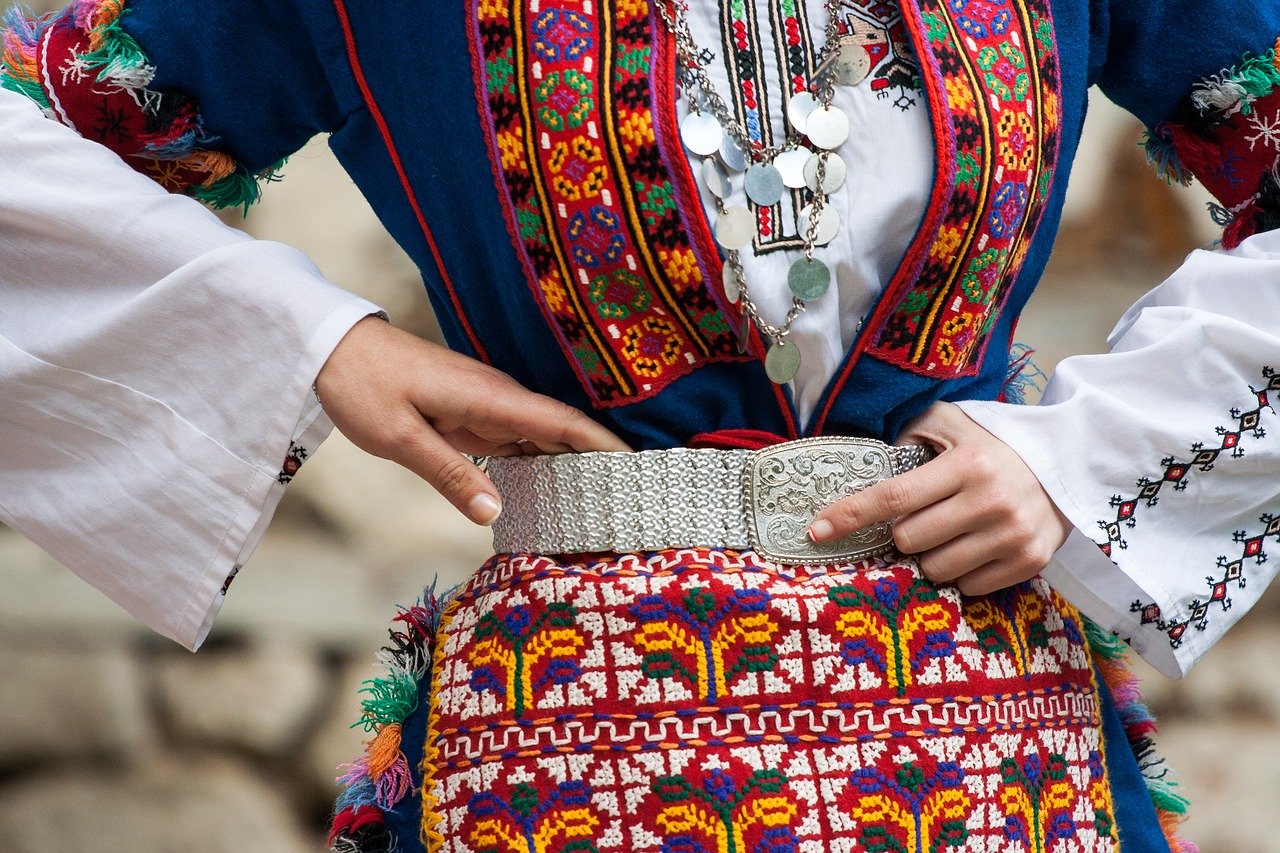 The Sunday of the week before Easter is also known as Tsvetnitsa orVarbitsa. It is a moving Christian but also a national holiday, celebrated both in the Orthodox and Catholic and Protestant Churches one week before the holiday. On Tsvetnitsa during the morning liturgy, willow twigs are blessed and given to the worshipers. Traditionally, a willow branch is placed in front of the icon to protect the home from all evils. From the rest, a willow wreath is woven over the front door to protect the whole family from the evil eye until the next spring. The Holy Week begins with Tsvetnitsa, ending with the celebration of the resurrection of Jesus Christ. 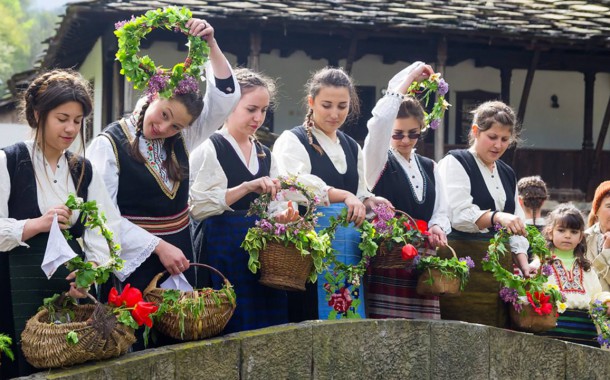 Easter in Bulgaria is usually at a different time from the rest of the world. This year the holidays start on April 17th (Thursday) and end on April 20th (Monday). The difference in dates with most other Christian countries is that Bulgaria celebrates Easter according to the Julian calendar instead of the Gregorian calendar.

In Bulgaria, eggs are traditionally dyed on Good Thursday or Holy Saturday, with their number dependent on family members. The first is always colored in red by the oldest woman. While it is still warm and freshly painted, she draws a cross sign on the children's foreheads to keep them healthy. The first painted red egg is placed in front of the home icon to protect the home.

On the evening of Holy Saturday, a festive liturgy is also held. It starts at 11 pm. Families and friends go to church together, bringing their colorful eggs with them. When the clock strikes midnight, they greet each other with the words Hristos voskrese (Christ has risen). The answer is Voistina voskrese(Truly he has risen).

On Easter Sunday, after 46 days of fasting and abstinence, all forbidden foods are served at the table, with the kozunak (delicious sweet bread) symbolizing the body of Christ occupying a central place. The preparation of lamb meat is also typical.

When the family comes together, the favorite part of young and old begins - the fight with eggs. Opponents knock their eggs into each other. Anyone who is left with an uncracked egg is declared a winner or a fighter. The egg that won is kept until next Easter and is a sign of luck. According to the belief, the one whose egg remains whole will be the healthiest of the year. It is a medieval tradition that is believed to have played a very important role in the 14th century in celebrating Easter. 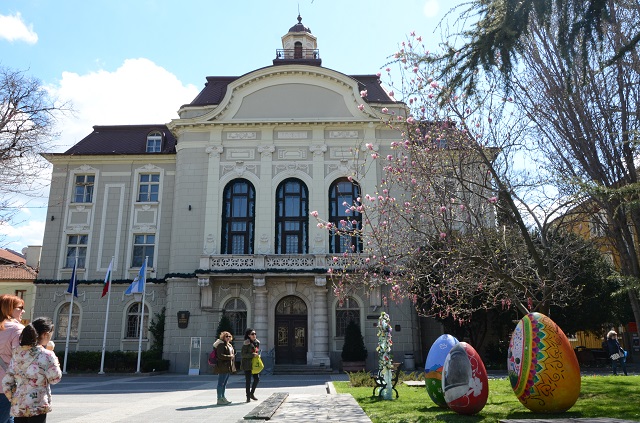 Traditionally, during the holidays people visit older relatives as well as godparents and friends. Unfortunately, this year, due to the coronavirus-related pandemic, it is recommended that social isolation be kept to a maximum and that Easter be celebrated in a close family circle.

The team of Lost in Plovdiv invites you to stay home so that we can soon celebrate and have fun together again in our favorite city. 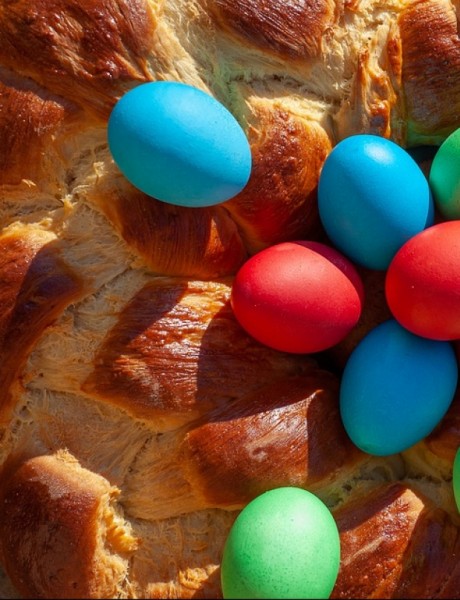 Where to order a delicious Easter bread for Easter?

Where to eat delicious lamb on Easter in Plovdiv?

We of the digital guide of Plovdiv selected some really delicious suggestions that will make you lick your fingers and celebrate the forthcoming spring holidays properly. 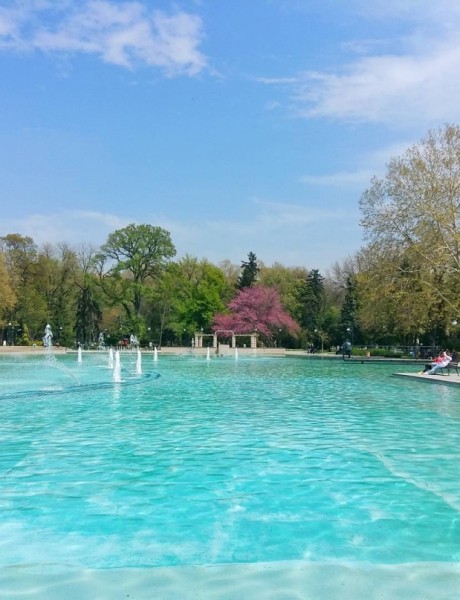 Spring of the city under the hills through your eyes