Monumental art under the hills

The monumental art of the socialist period is all around us in the center of Plovdiv. On native soil, it developed most widely by the end of the 1950s. Large murals or other ensembles, of course, exist in earlier periods. In Plovdiv, mosaics, as we know well, have been around since Roman times. Murals too, though we don't have many preserved ones. This continued throughout the Middle Ages and the Revival, especially in the churches. After the Liberation, large ensembles continued to be made mainly in religious buildings. Mural paintings, stained-glass windows, mosaics in buildings dating from 1878 to the communist regime are rare.

After 9 September, propaganda has become a very important instrument of power. In the early years, however, there was an emphasis on architecture - there was not much room for monumental art in the powerful eclectic "Stalinist" buildings with references to the Renaissance and the Baroque. This happened only after the famous April 1956 Plenum, when the idea of art synthesis gained the most power.

Accidentally or not, but just in the late 1950s and especially in the 1960s, the wave of Plovdiv artists known as the Plovdiv Five - Yoan Leviev, Dimitar Kirov, Encho Pironkov, Hristo Stefanov and Georgi Bozhilov - unfolded. But we should not neglect the monumental art only for them, since during this period names such as Dimitar Mitsev, Ivan Kirkov, Anastasia Kmetova and others were also creating art. The works of all of them, in a reasoned opinion of art critics of the period, such as Tatyana Dimitrova, make Plovdiv the center of the development of monumental art in Bulgaria.

Their creativity enriches a variety of buildings in a variety of ways. Sometimes these are figural compositions on the facades, sometimes - abstract, sometimes they are stained glass, sometimes - murals, often there are sgraffito works on party walls, obtained from the uneven urban development, mainly in the Old Town. 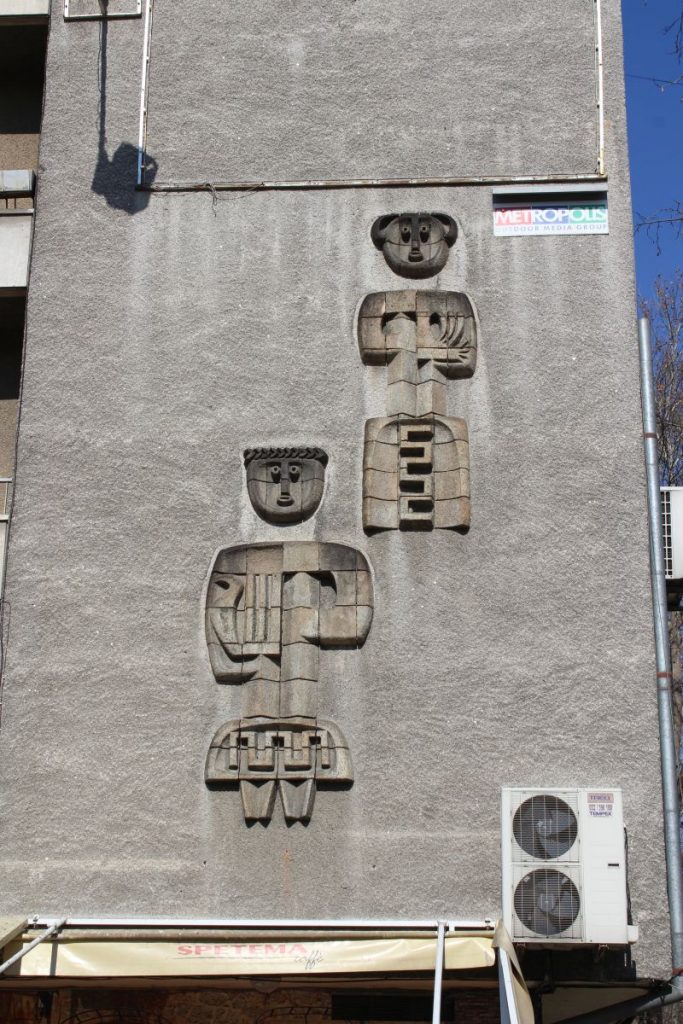 The work "Orpheus and Eurydice" on the facade of the apartment block next to the bus station of the Rectorate of the University of Plovdiv is one of the illustrative examples of architecture after the April plenary, when for a short time in Bulgaria the ideas for the simple modern architecture, lines and volumes from the 30s came back. 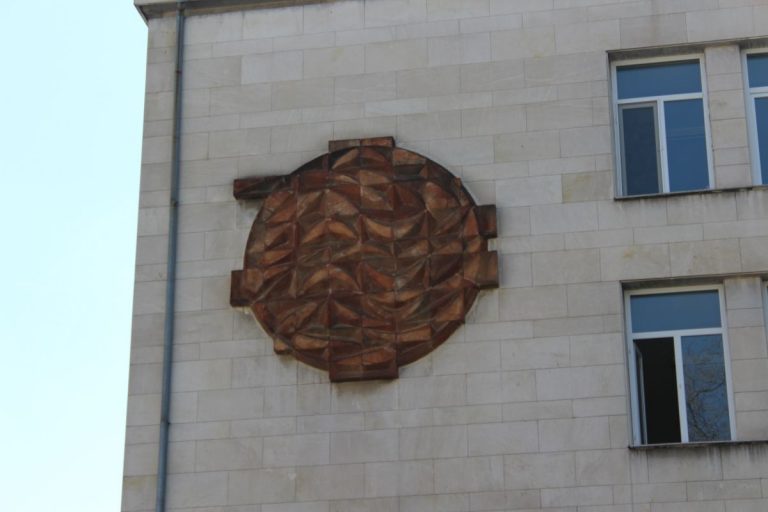 Another interesting and often missed work is again that of Anastasia Kmetova. It can be seen on the facade of the First Polyclinic. The project itself has been around since 1973. The "sun" of the building, which is adjacent to the archeological site next to Monday Market, needs only some cleaning. 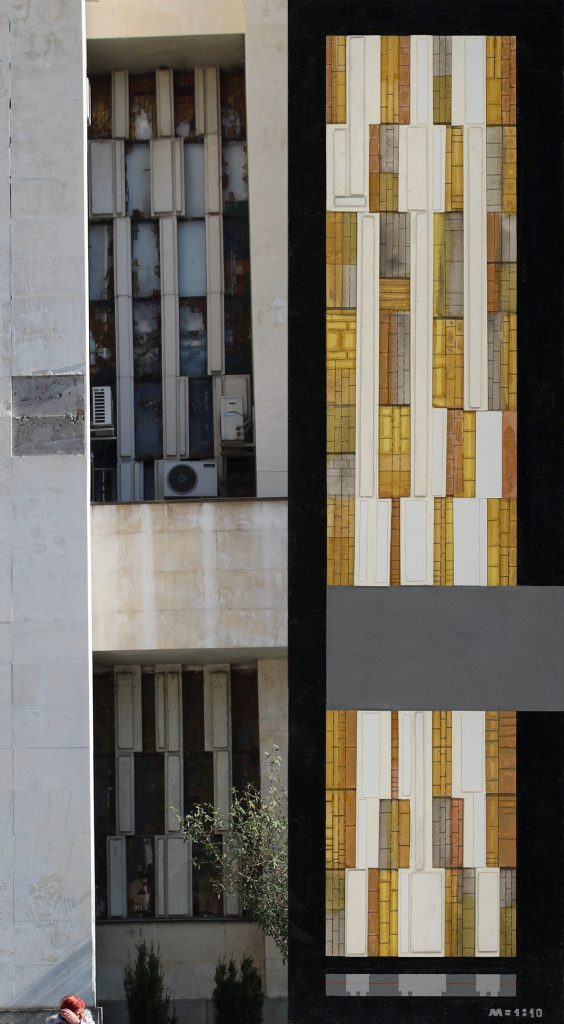 While walking, we shouldn’t miss two works by Yoan Leviev, which unfortunately aren’t in such good condition. One is the stained glass in the Central Post Office and the other is the mosaic at the entrance of the Party House. 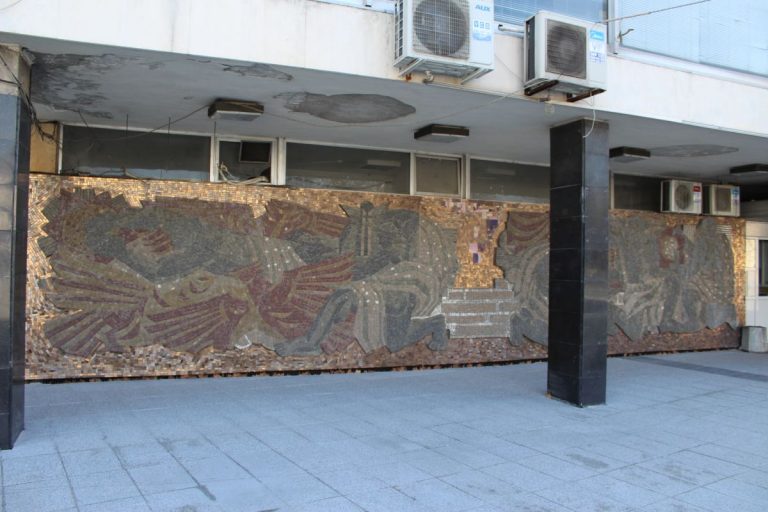 It features six figures, typical of the strong Yoanlevian bodies. The project is from 1968, but the implementation is in the following years, the building itself was opened in 1970. The theme and the iconography is typical of the more political art: construction, five-pointed stars, science, all together for the development of a better society. 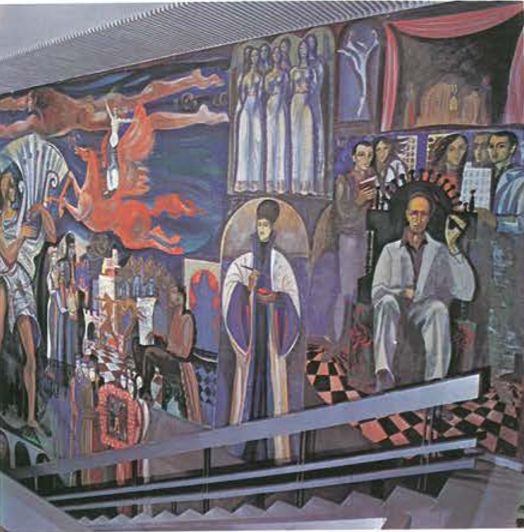 There are many other works in the interior of the Party House - stained glass (vitrage, glass concrete) by Encho Pironkov and Hristo Stefanov, as well as others. The most famous of all is probably the mural "The Culture of Plovdiv through the Ages" by Dimitar Kirov. It is located behind the staircase that connects the ground floor to the second floor - from where you enter the balcony of the Concert Hall and where some time ago there were cafes, offices of the Opera House and BTA headquarters. Currently, this part of the building is closed. 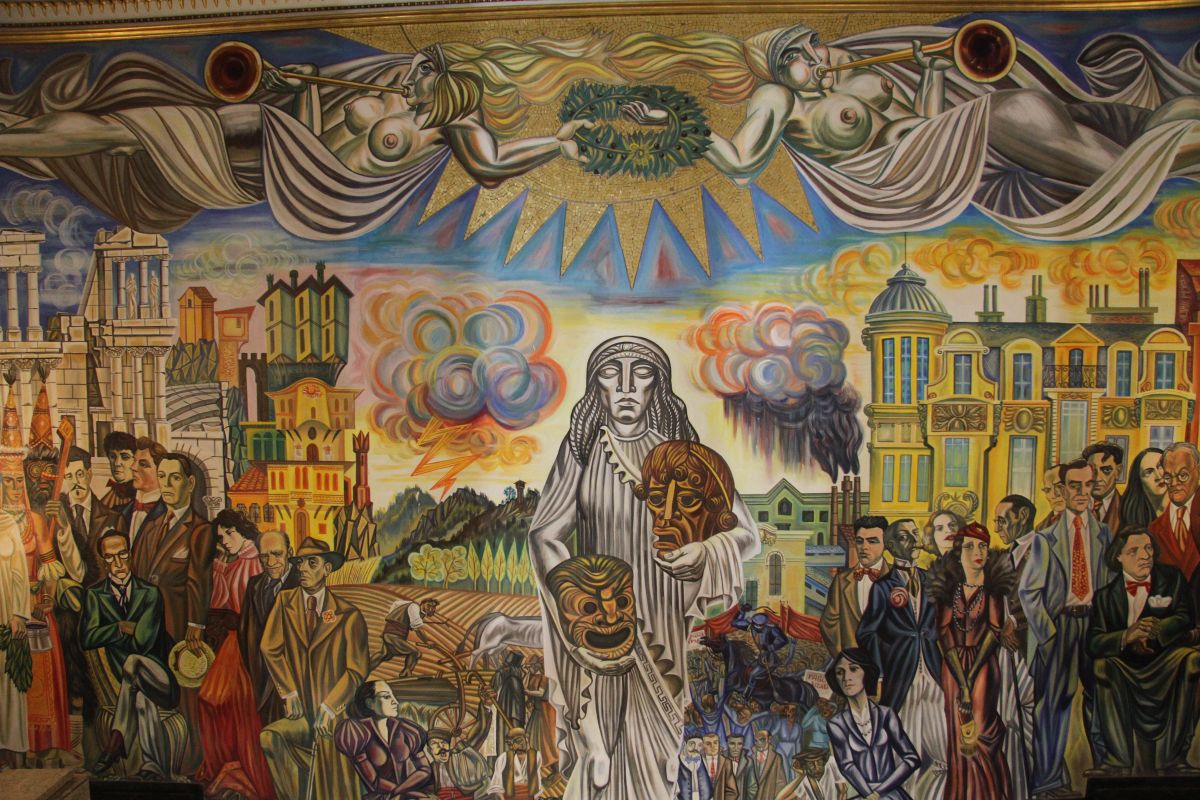 Another cultural center is also known to this day for its great monumental work - the staircase of the Drama Theater is decorated with a 1987 mural by Yoan Leviev. Again the topic is Plovdiv and culture. The view is towards Main Street and the Old Town, we see popular Plovdiv figures and buildings, as well as some curious "remarks" - for example smoking chimneys, which form a black rain cloud.

We leave a stroll through Old Plovdiv as well as outside the central city area for another article. In some cases, the works there are in good condition and others are not known or neglected by their owners. 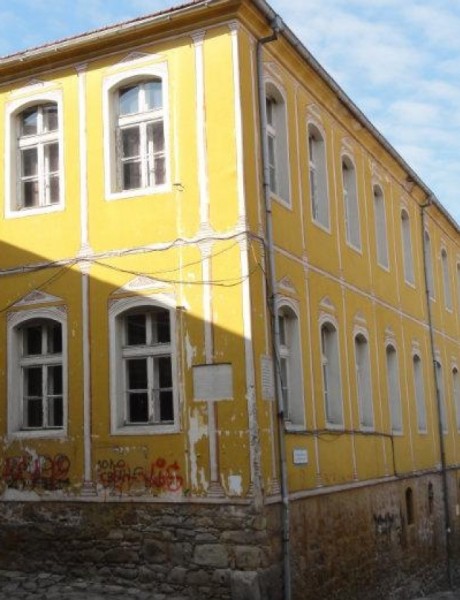 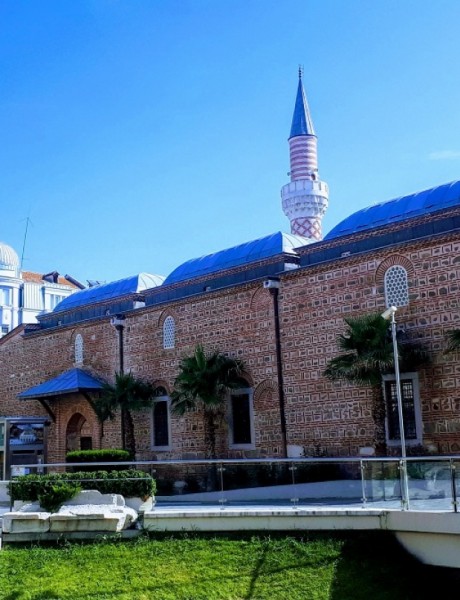 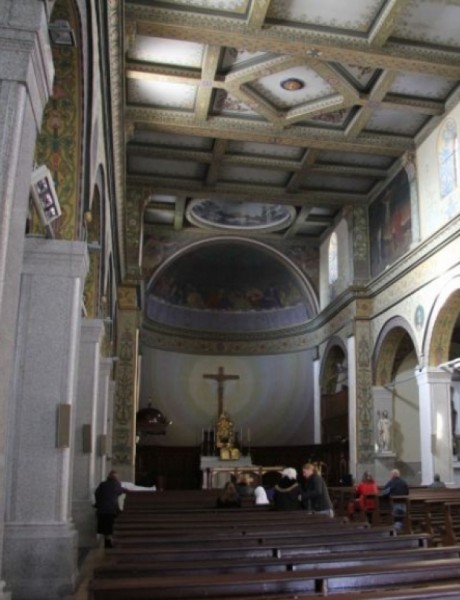