Maritsa Pharmacy is one of the oldest in Plovdiv. It was created in the 80s of the 19th century. Its owners were local pharmacists Tokatliyan - father and son. The name of Gabriel Tokatliyan, its founder, was first mentioned in the press in May 1884. By that time, the pharmacy probably already existed. The original location is unknown, but at the beginning of the twentieth century, the sign was visible on a newly built corner building between today's 6th September Blvd. and RaykoDaskalov Street, opposite Karaul Khan.

In 1908 the pharmacy was purchased by the young pharmacistHaritonKuev. The old one-storey building was obviously not to the liking of the new owner, and he decided to build a representative European-style building on the opposite side of the street. He commissioned the design to architect PenchoKoychev, a well-known specialist, author of memorable buildings, including the Sofia City Court and the Bistritsa Imperial Palace. In Plovdiv, Koychev is known for the demolished Maritsa Pharmacy and its little sister - the still-existing Medallion House. The exterior decoration was made by an Italian sculptor from Venice. After the builders took down the scaffolding, half the city went to see the new miracle of Plovdiv.

The opening of the pharmacy in 1911 led to a number of ecstatic articles in the press. It was all praised - the aristocratic exterior decoration, the interior layout, and the pharmacy orders. For years, the place has been shown as a model.

Unfortunately, shortly before 1980, dynamite demolished the beautiful building to reveal the impersonal facade of a new apartment block. Someone had ordered the building to be removed, another had executed the order. It is said that the exquisite building was removed so as not to disfigure the block, and today, 40 years later, there is little recollection of the magnificent building. Only the underpass nearby is still known as the "Maritsa pharmacy underpass". 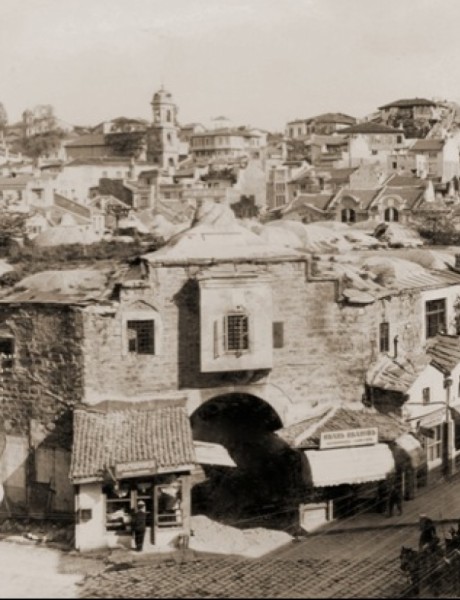