Maria Luisa – one of the oldest bars in Plovdiv

The cult place has been gathering people, creating marriages and divorces. Anyone who had dragged their soles on its black and white tiles left a part of their heart forever 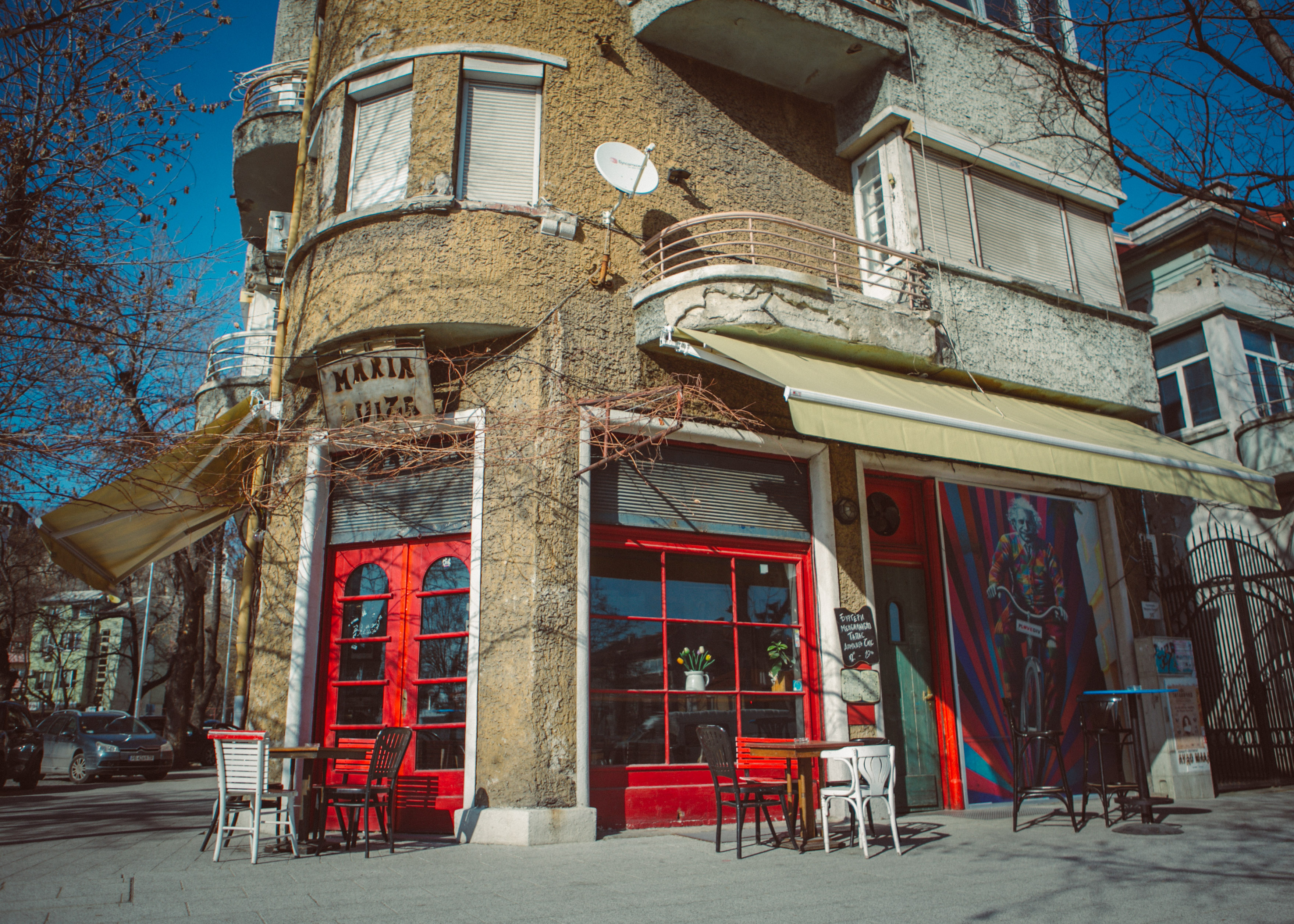 The Maria Luisa Bar, or Marata, as the faithful fans call it through the years, is located between two centuries-old temples and even more ancient basilicas at the foot of the Old Town. But the stories about the past are most interesting in the bar, which has absorbed in its walls the smoke, the words and the laughter of great artists and cult people Plovdiv for 25 years already. Several generations have passed through Marata. The cult place has been gathering people, creating marriages and divorces. Anyone who had dragged their soles on its black and white tiles left a part of their heart forever. 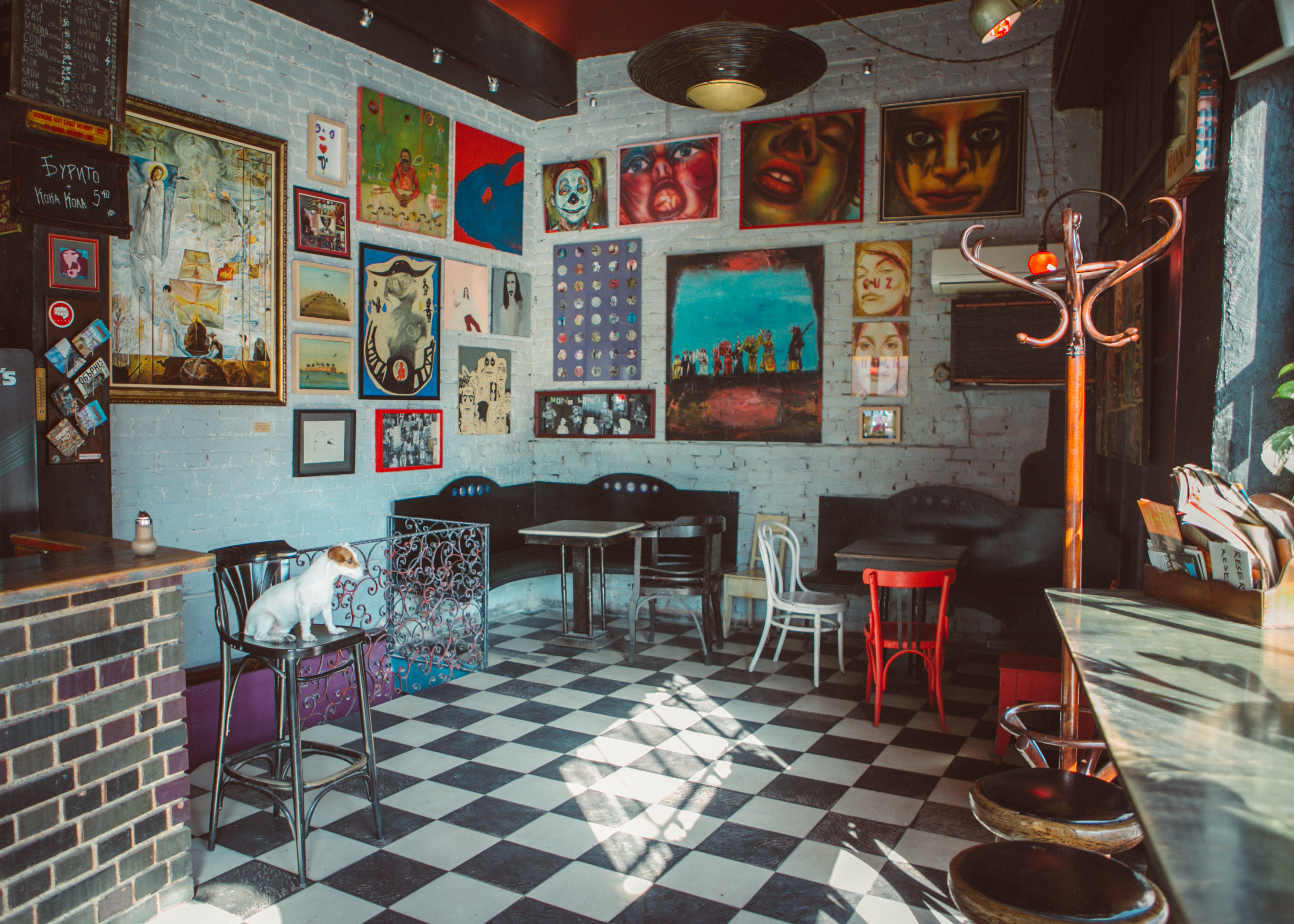 Over the decades, the artistic home has gathered layers of memories, which is reflected in the objects and the genuine mood. It started as a family business of BoyanSopadzhiev and his faithful assistants in the face of his two sons - BoyanJr, George, and their wives. Two years after its opening in 1993, also opened the underground floor, adapted to a more club setting and jazz dances. Today part of the room is a kitchen. 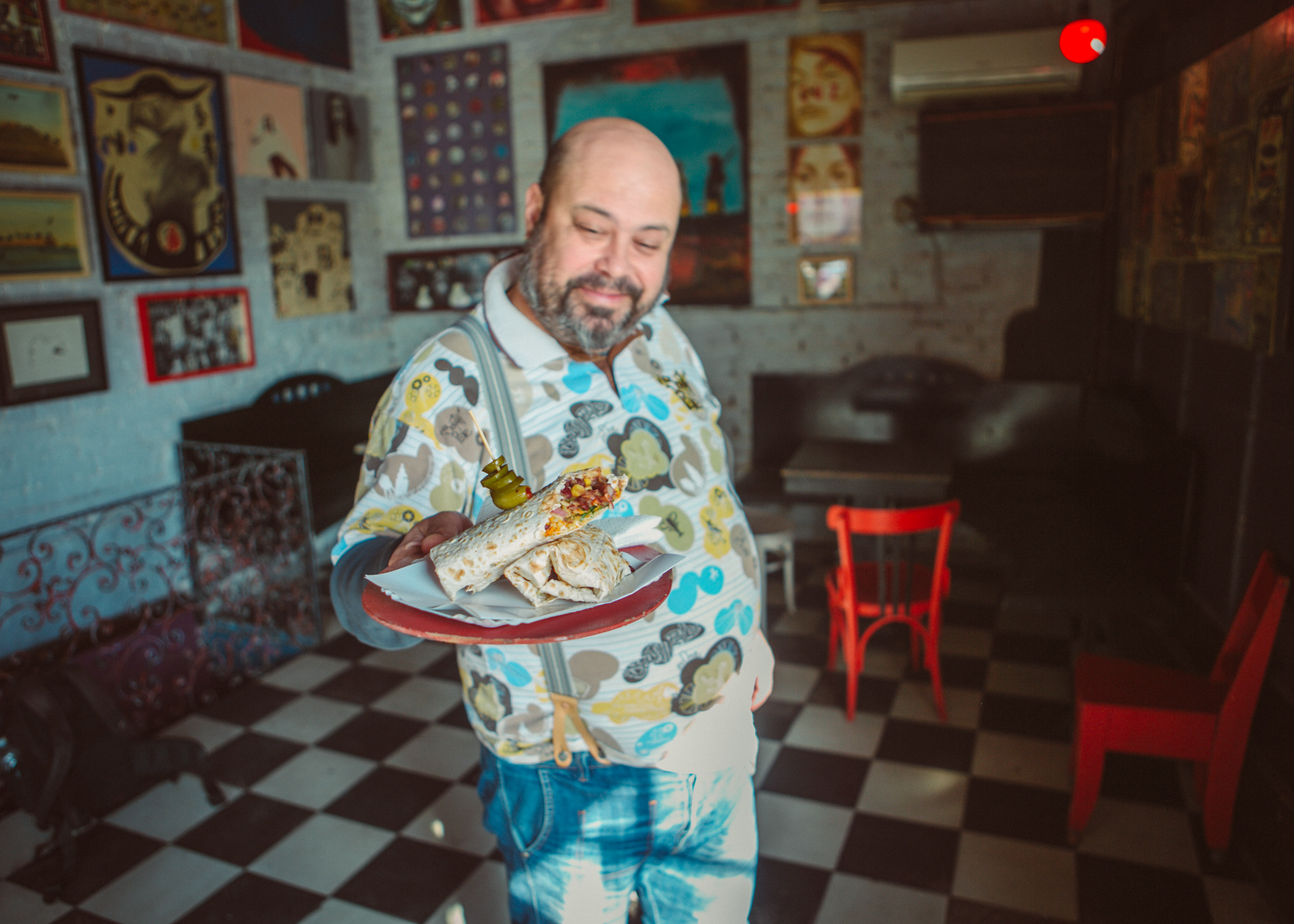 The ever-smiling Pantelei Popov – Panti creates delicious things with fresh products on the hot cooktops. A graduate of NATFA his artistic skills don’t stop here, his imagination has created a menu of tempting delicacies. It offers crunchy home-made chips, foie gras confit on garlic bruschettas with lemon thyme and wild onions, hot meals, and vegetarian surprises. The craftsmanship of the master turns into a burrito wrapped pork and beef tortilla, mixed with beans, special spices, red onion, gouda, cheddar, sauce. When there are no orders and his kitchen becomes narrow, Panti goes out to have a beer with the clients and tell some interesting story. Always in colorful clothing, Panti contributes to the relationship between the authentic and modern dynamics of the bar. 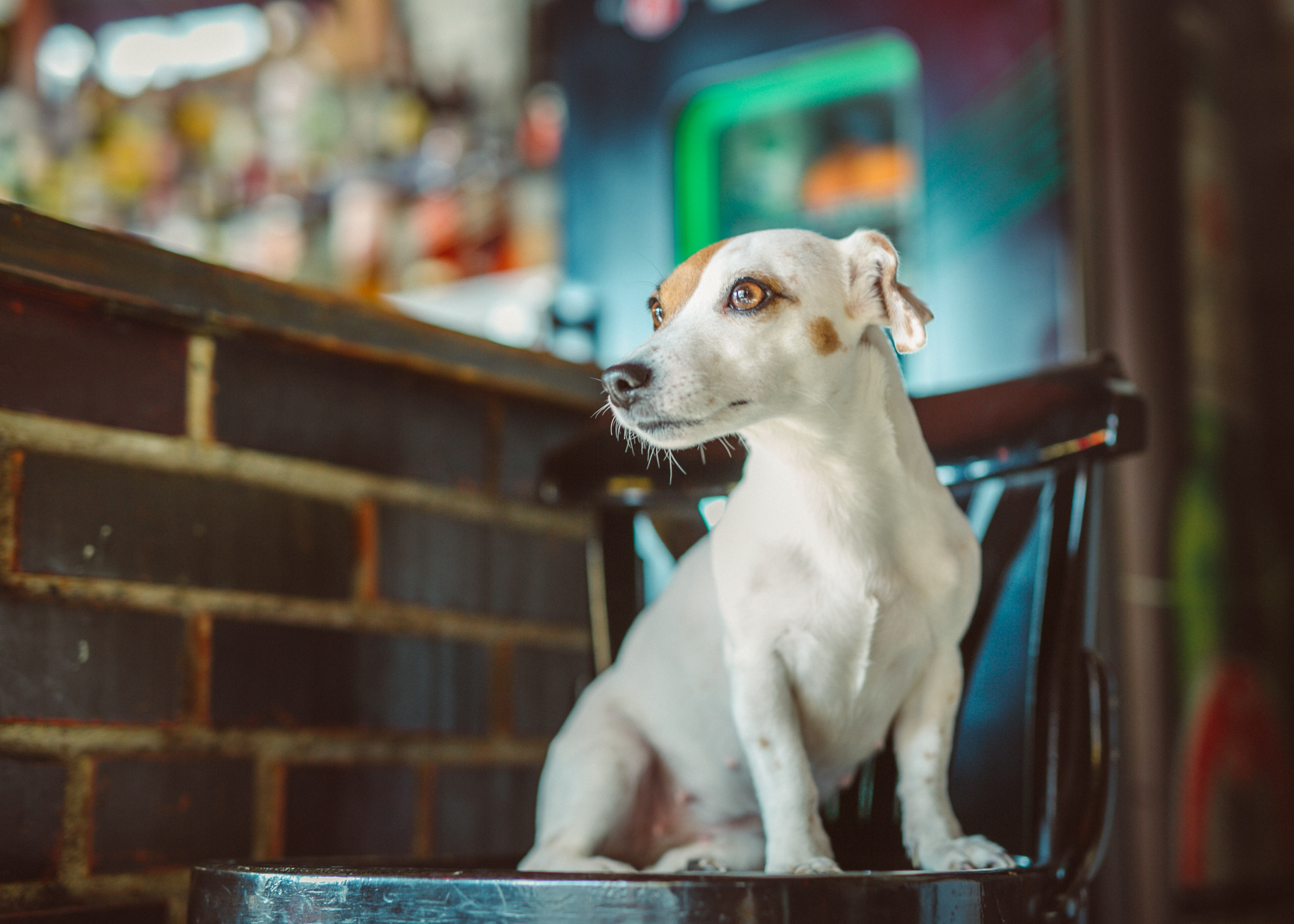 You may often be welcomed by the most interesting lady in the inn – the Jack Russell Yoko. Probably named after John Lennon’s significant other. She sits on the high chair at the edge of the bar and listens to the conversations of the visitors. Just as Yoko Ono – the stories of the Beatles. If not on her reserved spot, her white fur gets lost on the chess figures on the floor. But her little nose leads her to Panti’s clothes, soaked in spices. 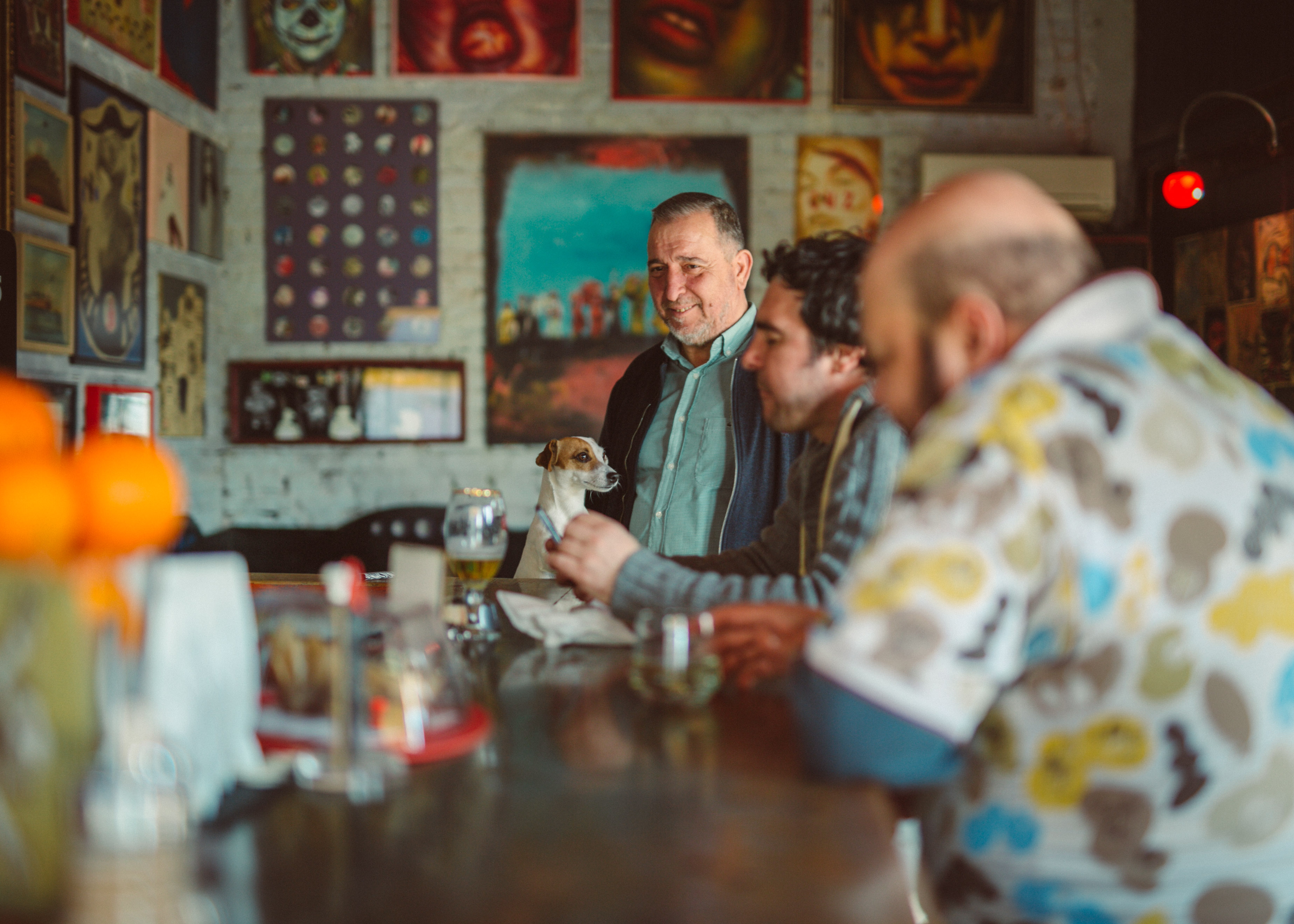 We also take a look back with the paintings on the big walls from the family collection collected over the years by artist friends. The gallery is from modern and older Bulgarian artist, and some of the paintings are painted by George Sopadzhiev himself. 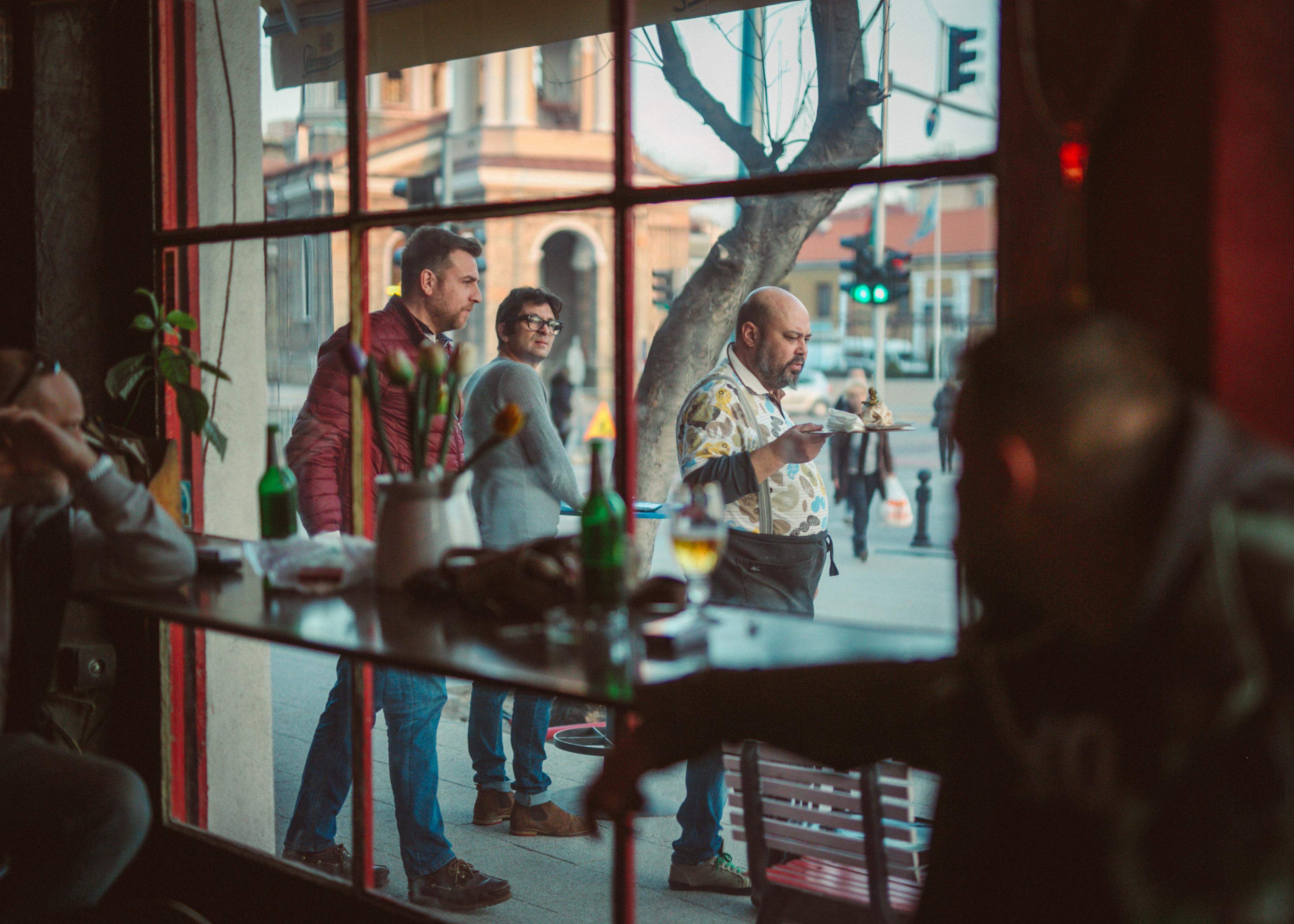 Maria Luisa was a favorite place of famous Plovdiv artists, family friends of BoyanSopadzhiev - father. YoanLeviev, GeorgiBozhilov and company. Now their children visit the well-known bar. Yes, Marata is like a baton of generations. "Some of the younger artists, such as KolyoKaramfilov, also came here. Most of our clients have historical memory and nostalgia for the Plovdiv of the past, many tourists come, too," added Boyan Sopadzhiev - son. 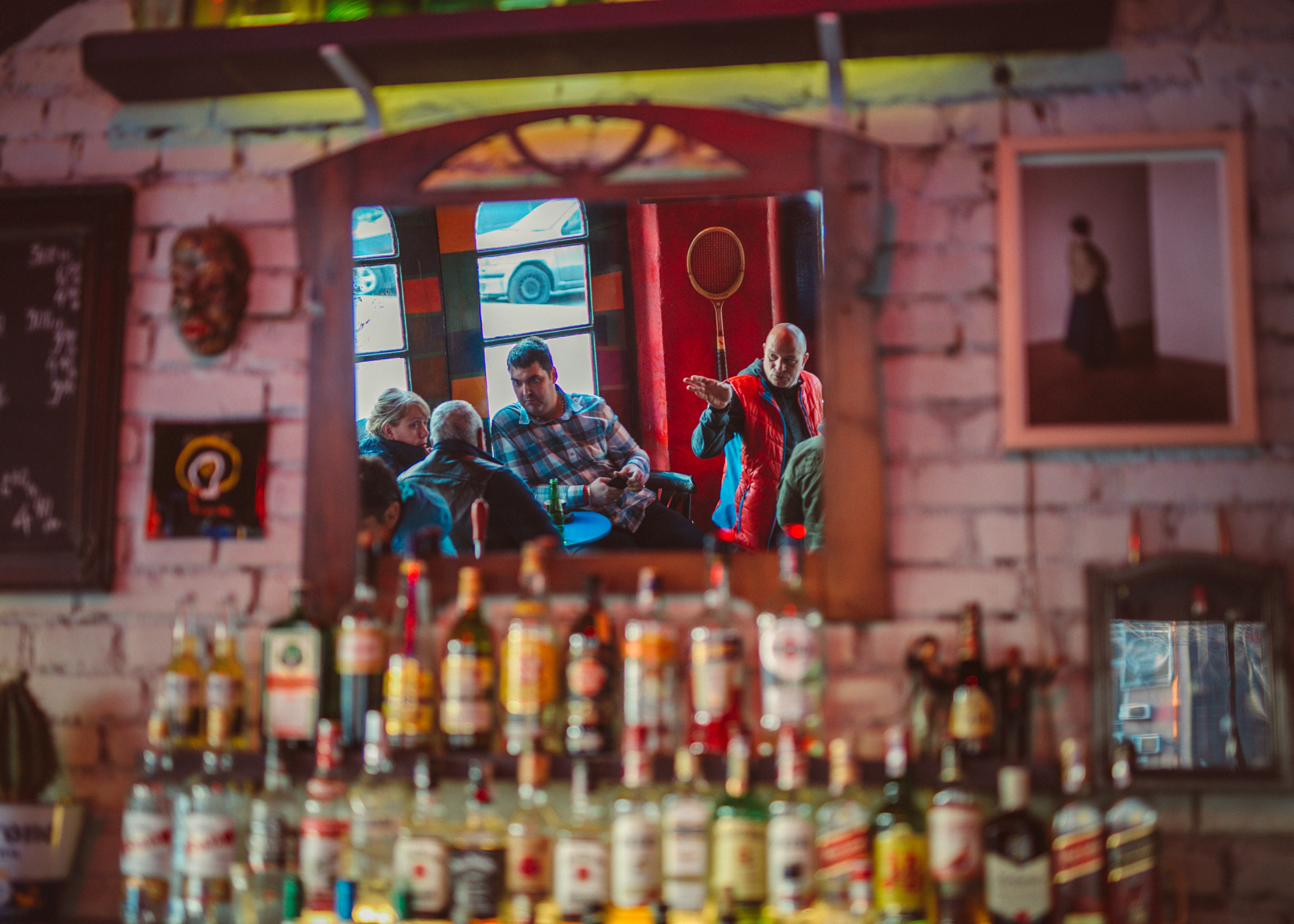 This year the bar turns 25 but there is no exact opening date. "When my father opened the bar, he wrote to Tsar Simeon, whether he could use the name of his sister, Princess Maria Luisa, for the place. That's the etiquette," said Boyan. They have received a letter of approval, but the paper has been lost over the years. By memory, the cherished mail was delivered at the end of August or September. 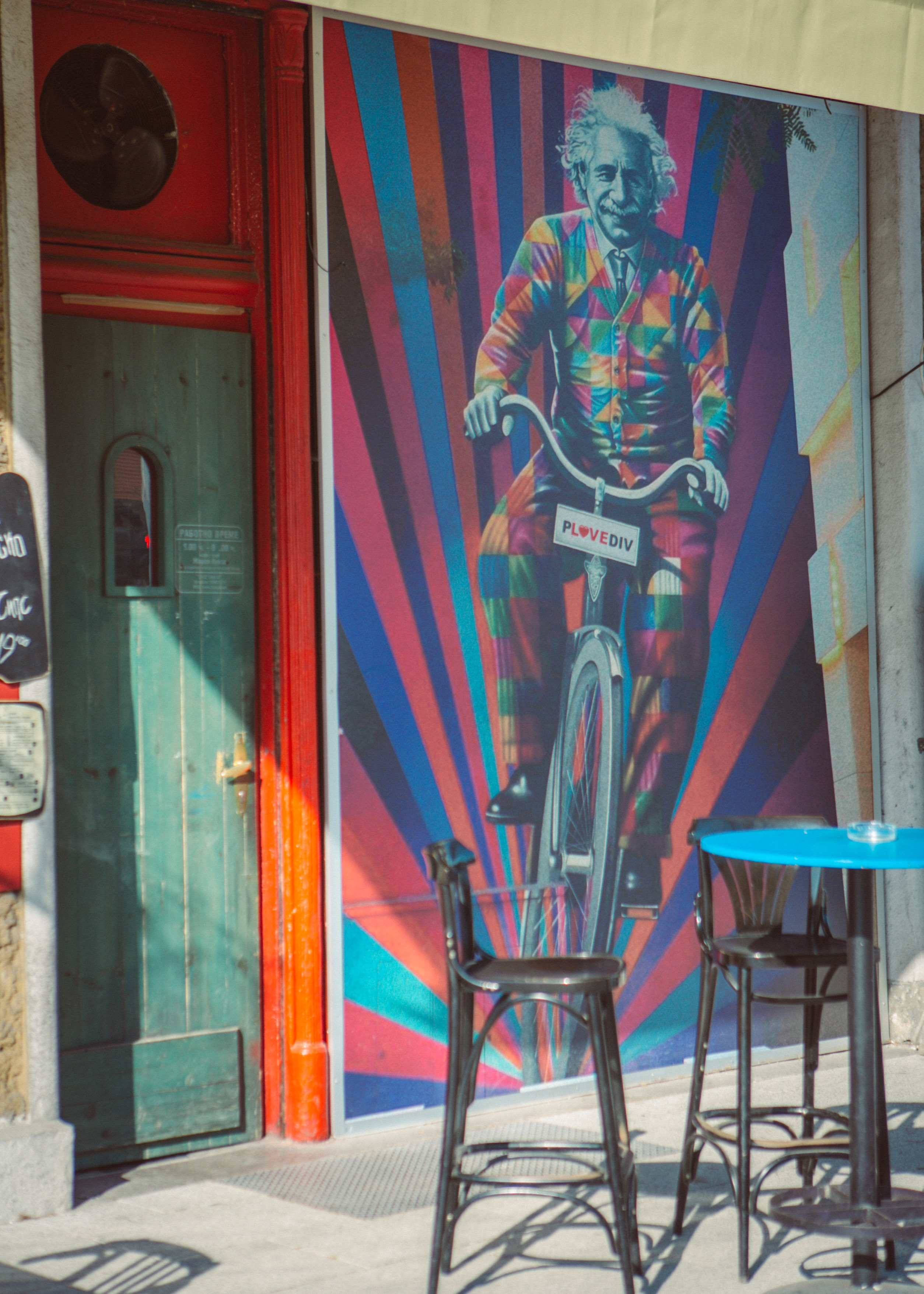 The place took the most precious of any period of change. 25 years are a whole generation, one silver wedding, 25 theatrical seasons, 25 salmon migrations, 25 years old is the youngest grandfather, 25 years are a hundred seasons, 25 years are 175 dog years. Maria Luisa has experienced all this. And a quarter of a century later, it is a pulling power for people who know the club well or got lost on their way and are curious to learn more about the bar culture. 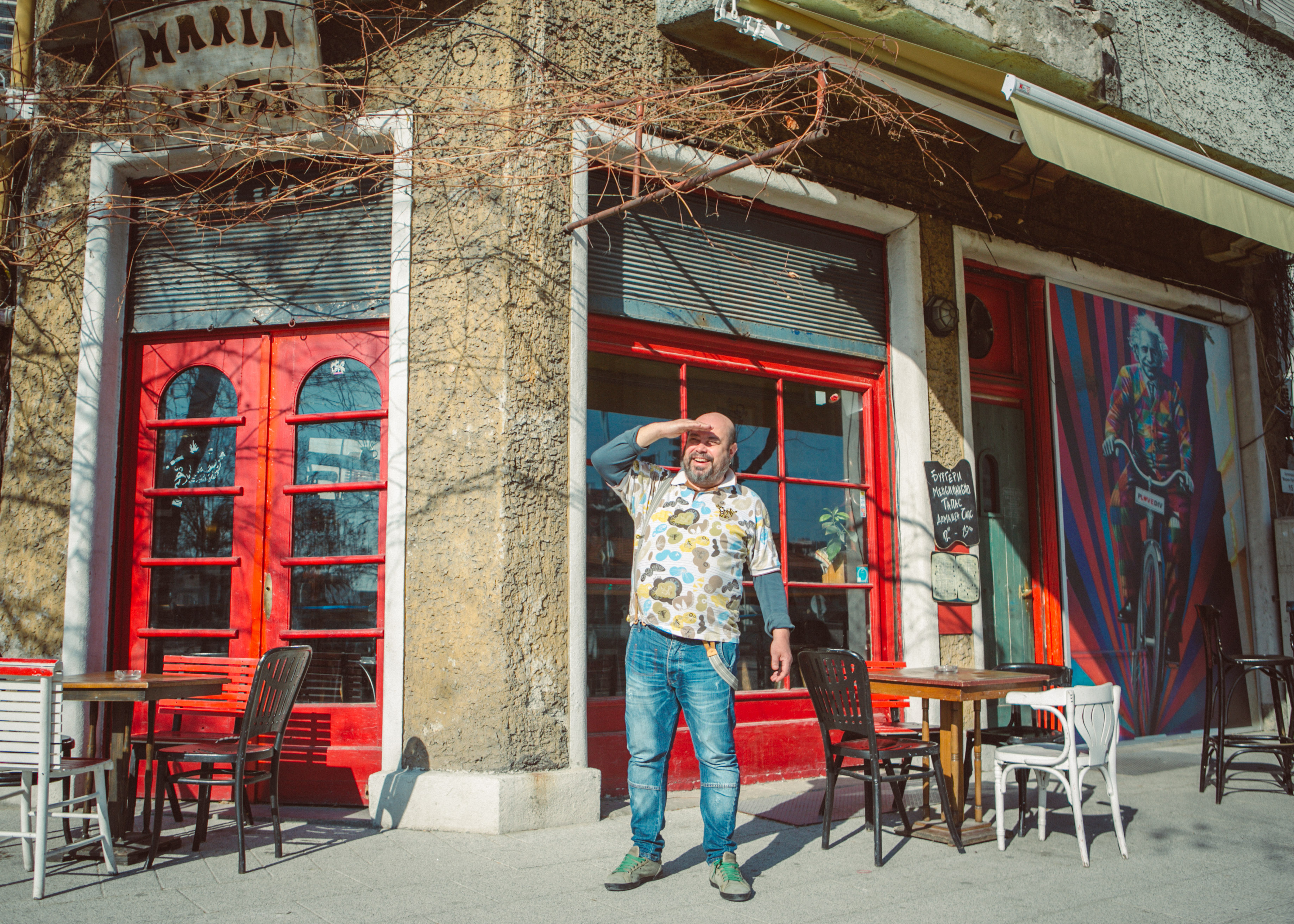 A number of new and established festivals began in the city, and for one of the biggest NIGHT Plovdiv, the Sopadzhiev family traditionally prepares a live jazz concert in front of the entrance, under the stars. At the same time when everything started - at the end of the summer. 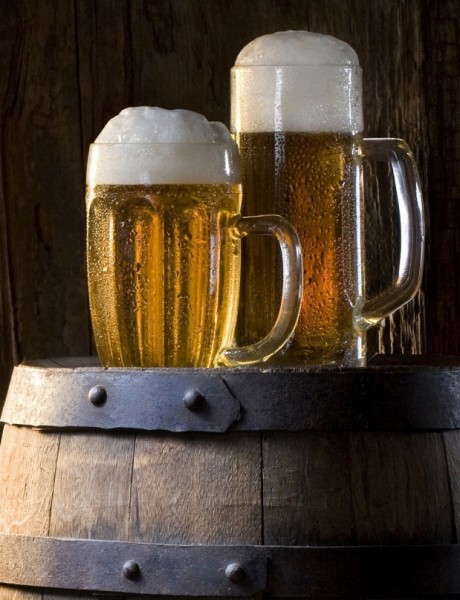 The special places for beer in Plovdiv