Legends and secrets around the mysterious Dzhendem hill

It was said that the gates of hell were there. At night there was a loud roar from the bowels of the hill

The highest Plovdiv hill (283 m) is known by many names. According to the Greek historian Tsukalas, its original name was Hill of the Nymphs. Other authors believe that the oldest name was Kendrisos. There are also names such as: Chigdemtepe (Crocus Hill), Dzhuntentepe (Saffron Hill), and Evliya Chelebi calls it Tschaly tepe (Bell Hill). In German maps it is marked as Tschieten tepe (1863) and Šeitan tepe (1878), which means Devil's Hill. Since the 19th century, the name Dzhendemtepe has been used, which means a remote place, a place in hell. The current official name of Youth Hill is from 1950. The reason is the youth brigades, which after 1948 built the panoramic road to the top.

An image of it from more than 1800 years ago has been preserved. It is on a coin of Emperor Caracalla (211-217). You can see trees, a temple of Apollo and another smaller building, which is supposed to be a treasury, i.e. the gifts for the temple were kept in it. Preserved inscriptions testify that Dzhendemtepe was one of the important cult centers of the ancient world.

It was said that the gates of hell were there. At night there was a loud roar from the bowels of the hill. During the earthquake in 1928, the whole hill shook, and there was a terrible crash from the deep. An old legend tells of the daughter of a local Turkish governor who fell in love with a janissary commander. It was then that the sultan ordered the destruction of the Janissaries throughout the empire. The two young people hid in a saray near the hill. Here the lovers were overtaken by death, and the saray was destroyed. 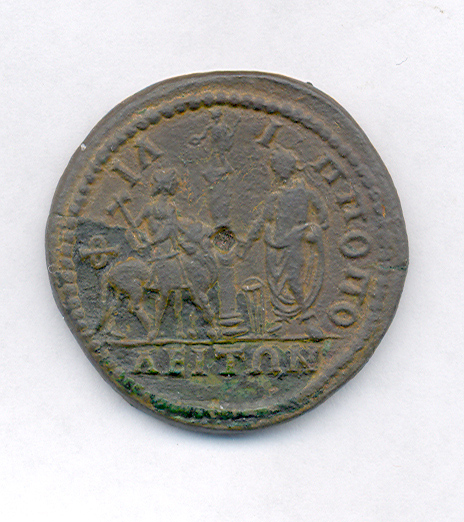 The study of the mysterious hill began only in 1900. At that time, the foundations of an ancient building could be seen at its very top. It turned out to be a significant temple. The marble fragments showed images of Artemis (goddess of hunting), nymphs and the god Apollo. The Greek inscription found showed that the temple was dedicated to Apollo of Kendris. The Greek historian Apostolidis suggested that there was a marble figure of Apollo, the god of light. A Christian Basilica was later built on the same site. It was probably dedicated to St. Elijah, because Christianity usually associates this saint with the ancient god Apollo, said Apostolidis. There is also talk of a temple of the nymphs, which was located just below the hill in the direction of the State Hospital. In antiquity, the villas of wealthy Plovdiv residents were built in the area. In the 19th century, farmers often complained that they could not plow their fields, as their plows were constantly stopped by large marble slabs, columns and rubble from buildings.

Until fifty years ago, the whole area was known as Saray kr. It comes from the great sultan's palace (saray). The documents specify that the population of the former village of Komatevo took care of it. This means that the saray was not far from this settlement. It is also clear that this saray was by the river, which starts from the forests near the extinct village of Tamrash, passes through the present-day villages of Hrabrino and Parvenets, and then surrounds the neighborhoods of Komatevo and Proslav. The former Saray kr covered a large area. It started somewhere from the Brotherhood mound to the Parvenetska River and from the Youth Hill to the unspecified border between Komatevo and Proslav. There used to be a lot of mounds here. Some of them were excavated in the 1930s. 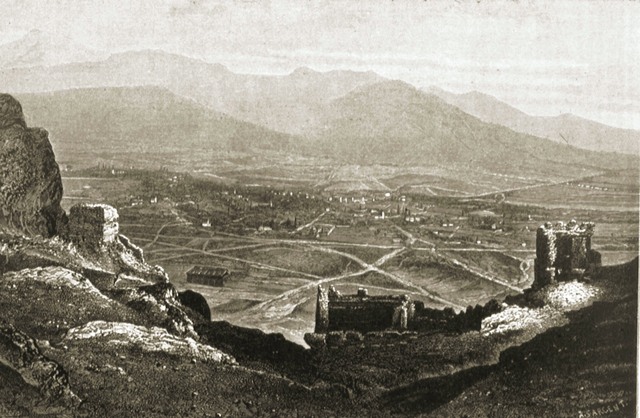 By 1878, only a few of the old trees on the hill survived. Only at the current crossroads of Peshtersko Shose and Aprilov Blvd. was part of the forest preserved. But it too disappeared around the beginning of the last century. The hill became a kingdom of snakes. Czech journalist Jozef Touzimski said the rocks were full of falcons and hawks, and at night these winged robbers were replaced by owls nesting on top of the hill.

Forgotten and abandoned, the hill lived by its own rules. The Plovdiv municipality remembered it only in 1906, when the Izida Bulgarian Ceramic Joint Stock Company wanted to build a paving factory in Plovdiv. The offer was tempting - the company promised jobs, income for the city, paving stones for paving the streets. The municipalities accepted the proposal with enthusiasm. Only after that it became clear that the people of Sofia had deceived the Plovdiv rulers. The rocks on the hill were “gnawed” literally for pennies. 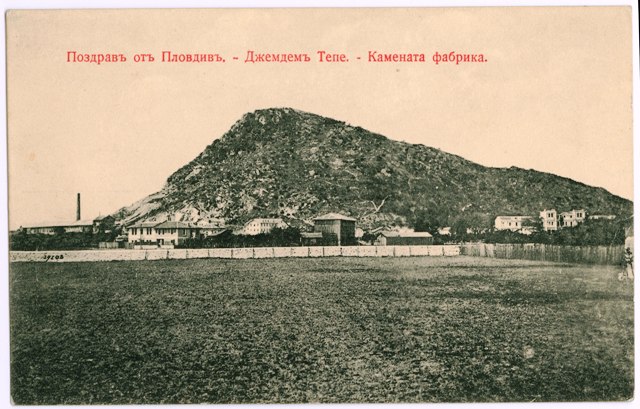 Izida’s careers were constantly expanding, and workers began to rise higher and higher. The people of Plovdiv were startled. A real battle to save the hill began and lasted more than 20 years. It was not until 1932 that the quarries of the Izida Company were closed. Immediately after that, Mayor Bozhidar Zdravkov began building a water supply system to irrigate the hill. A large pool was carved at the very top of the hill to store the life-giving fluid. In February 1933, afforestation began - 80,000 trees were planted. The saplings were watered at night, as the rocks were scorched during the day and the heat was unbearable. Ghostly lights flickered in the darkness on the slopes of Dzhendemtepe, the lanterns of the workers who were taking care of the future forest.

A few years later, the German professor Jansen, who was preparing a master plan of Plovdiv, ordered to stop the afforestation of Dzhendemtepe and to bury the reservoir at the top. In 1943, the water supply network for watering the hill was dismantled and moved to another location. The ideas for the reconstruction of Dzhendemtepe remained for better days. 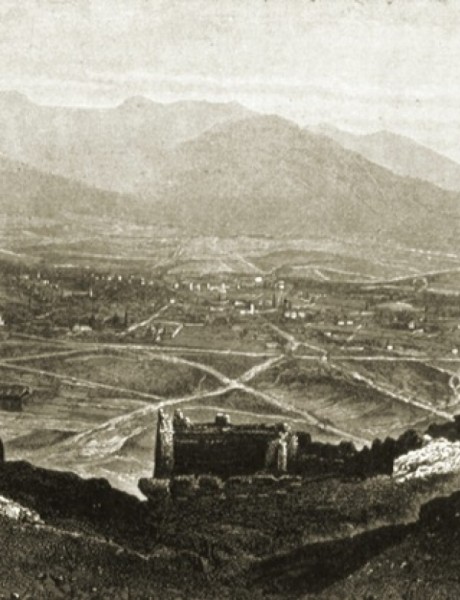 What are the missing hills of Plovdiv?

Over the years there has been information about a number of hills, which were destroyed and to this day are irreversibly lost. Do we know which they are? 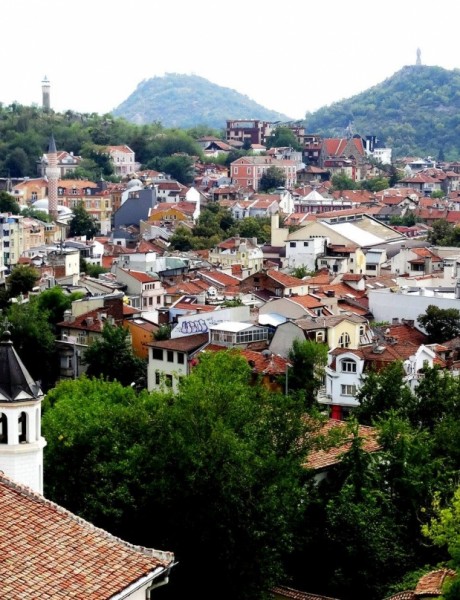 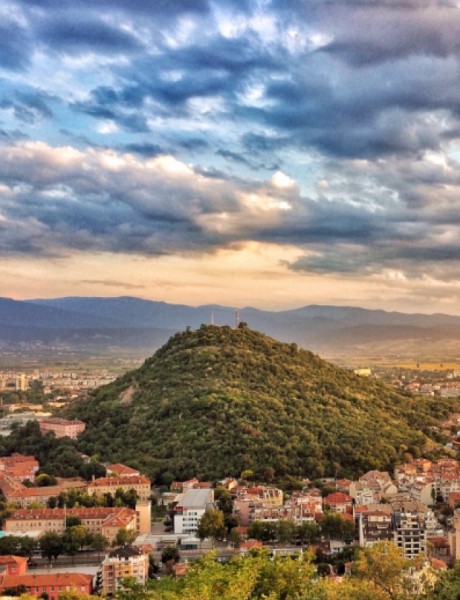