Today's virtual walk will take us to the city of lindens - Stara Zagora. And since we often write and tell you about places mainly for mountain and rural tourism, this time we offer an alternative for all who are looking for oases in the center of city life.

Stara Zagora is less than an hour away from Plovdiv on the highway, but offers interesting opportunities for recreation. One of them is the park, which is more often called the Ayazmo, but its official name is Metropolitan Metodiy Kusev. It is located on an area of ​​3500 decares in the northern direction of the city and has tree species unique for Bulgaria. Traditions connect it with the place where Prince Boris I converted to Christianity. It was established on February 28, 1895 by Metropolitan Metodiy Kusev under the name St. Prince Boris-Mikhail (the Ayazmo). Until the beginning of the 19th century, an oak forest stretched on this place, but it was cut down by the Turkish army to ensure the safe residence of the sultan's vizier, who was staying in Stara Zagora during his tour of the Ottoman Empire. Most residents then thought that afforestation and settlement of such useless space was madness and grazing was far more important for their livestock. With a lot of convictions and requests, Metodiy Kusev managed to carry out the work of his life. In the end, the metropolitan managed to create an incredibly beautiful and plant-rich forest park and made it one of the prides of the city, so it was later renamed in his honor. 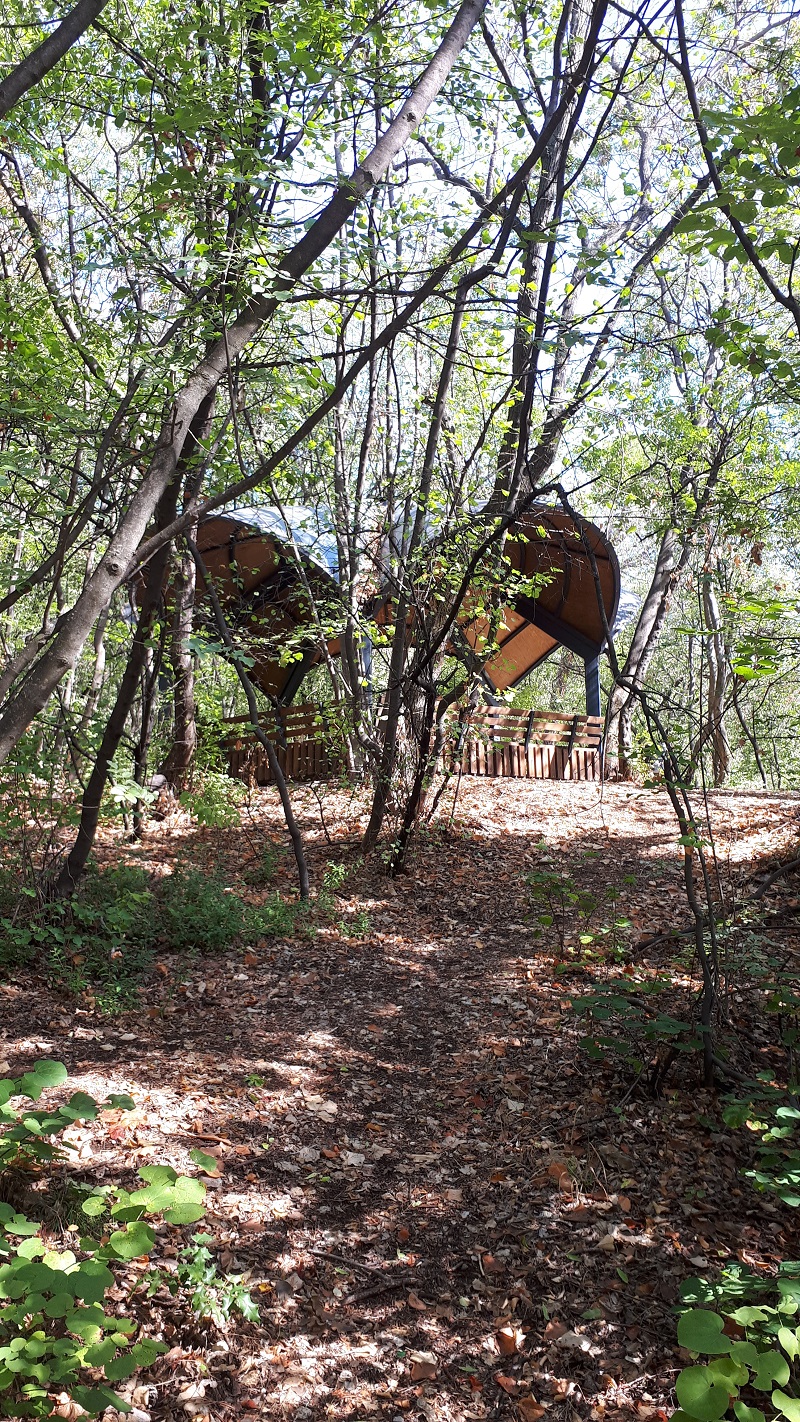 The spring is a wonderful place for walks and relaxation and for a wonderful afternoon in the company of family or friends. Walking along the alleys, visitors can reach the chapel St. Theodore Tyrone, to stop in the Hall of Laughter - a hall with curved mirrors or to go through the zoo (author's note: The zoo is currently closed for repairs until the beginning of 2021 under the European program). The park is home to more than 150 exotic tree and shrub species from around the world. Of particular interest are the Aleppo pine, laurel tree (Laurus nobilis), pencil cedar (Juniperus virgiliana), paradise apple (Malus pumila), Aleppo oak (Quercus infectoria), ginkgo (Ginkgo biloba) and many others. The animal world is also extremely diverse and in many places along the alleys you can find signposts with interesting additional information about the species. Here is the Summer Theater of the city, on whose stage performed performers such as Lily Ivanova, Bonnie M, Emil Dimitrov, Uriah Heep and others. 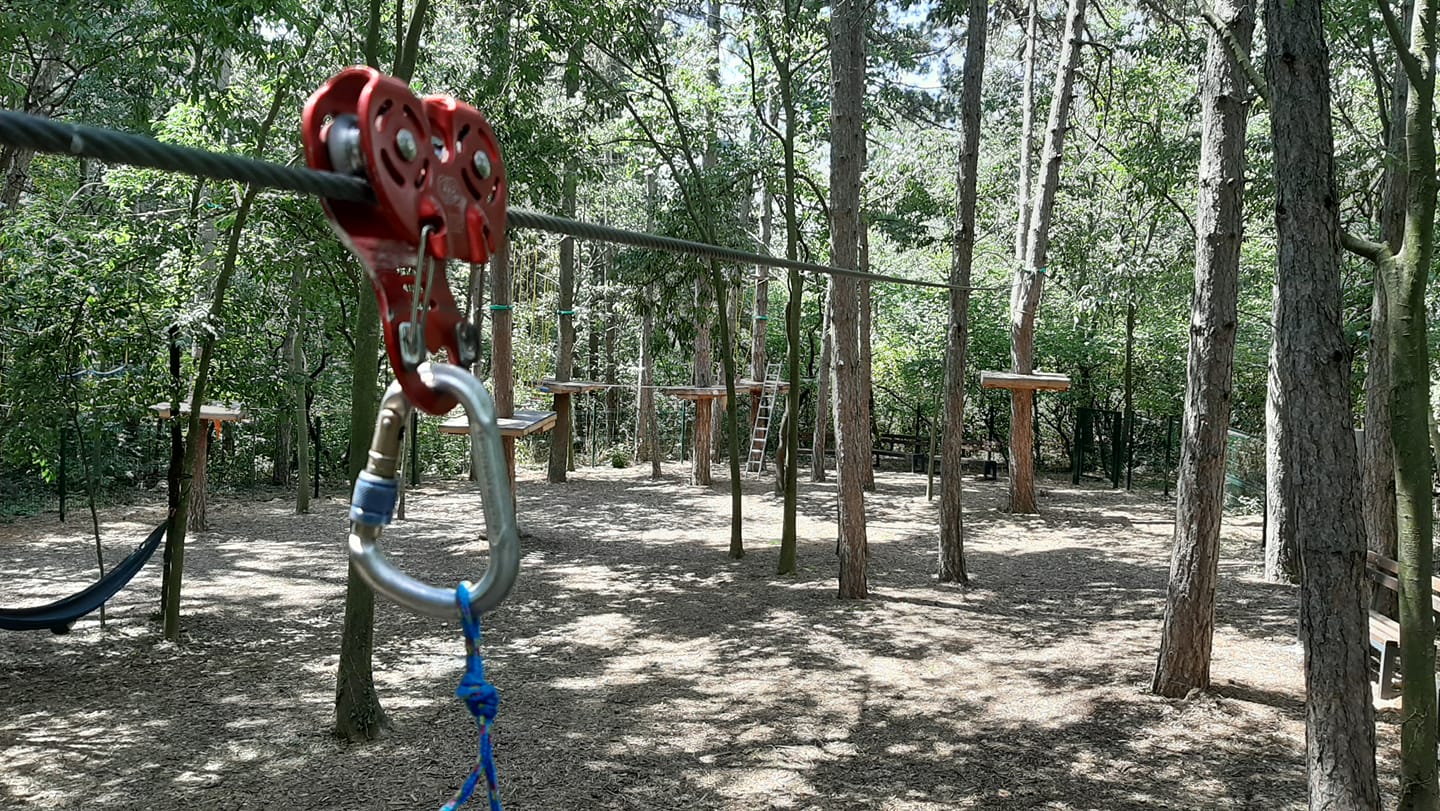 Very close to the parking lot you will find a rope garden, where children and adults can use their skills for balance and agility and expend their energy with little physical effort. 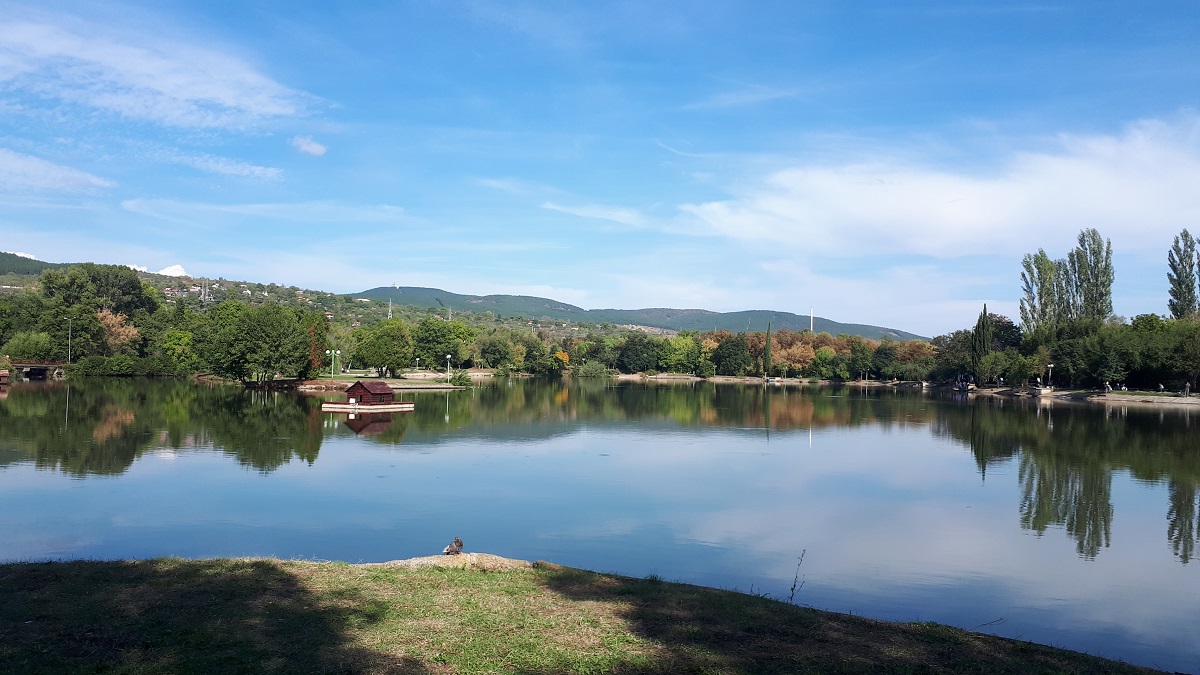 In one of the other parks in the city – Bedechka –  is located our next destination - the artificial lake Zagorka. It is filled by the waters of the nearby Bedechka River and was built by Yordan Kapsamunov - mayor of the city in the period 1952 - 1962. His project was quite large, but for the most part remained unfulfilled. During socialism, a hotel-restaurant was built on one shore, ready to welcome numerous tourists, but unfortunately the complex was later closed and left to the whims of fate.

In 2012 the five-star park-hotel Stara Zagora was opened in its place and today the cafe-restaurant is a perfect place for observing the flora and fauna by the water pool. 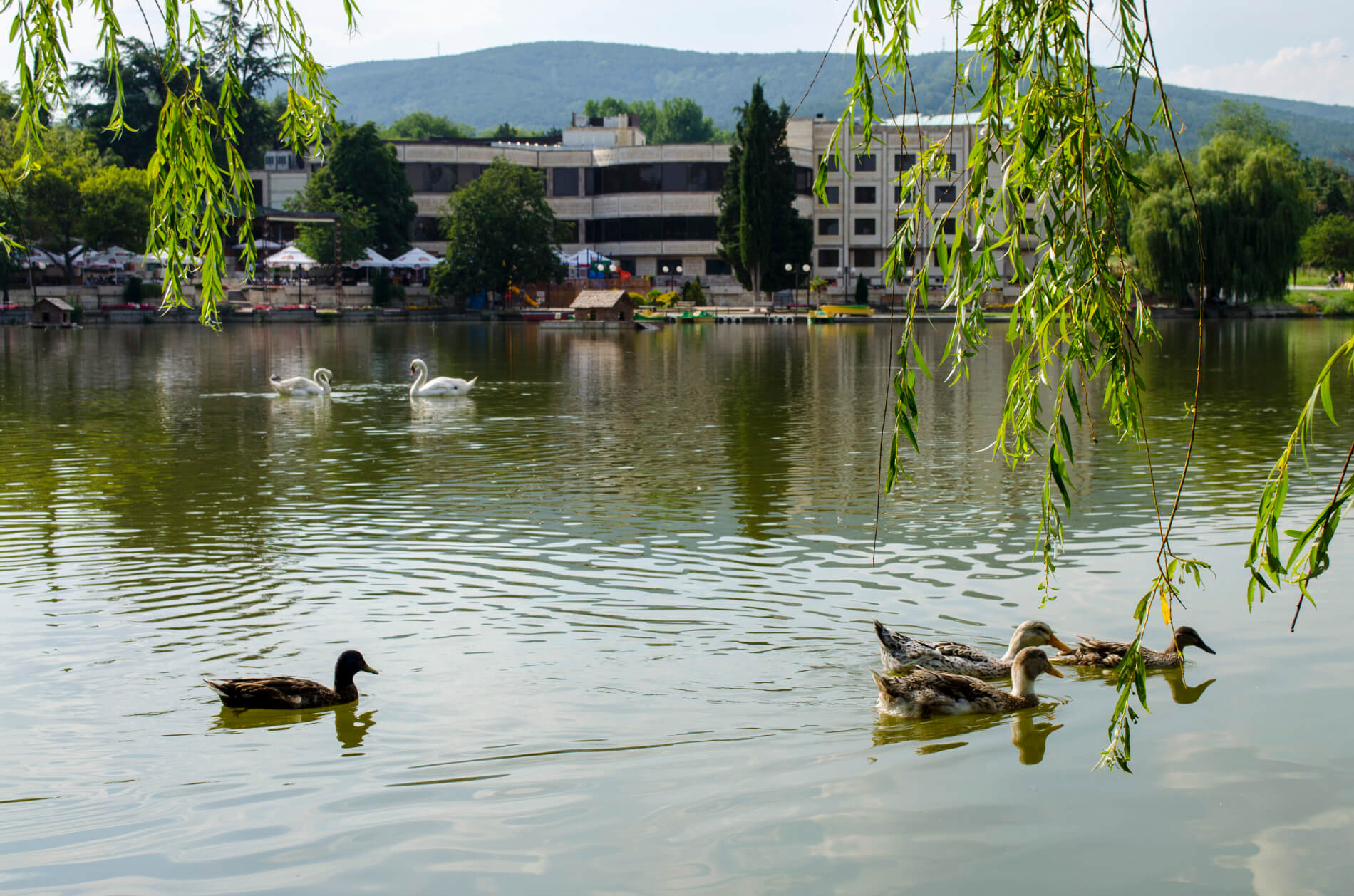 An enviable number of ducks swim in the lake, for which there are even specially placed wooden houses on the surface of the water. The whole lake is full of fish and often becomes an arena for fishing competitions. Next to the hotel there are two playgrounds for children, and when they get tired of games you can ride with them on a water bike or boat. The alley around the lake is wide enough for runners, cyclists and mothers with strollers.

The place is a great alternative to the Rowing Channel under the hills and also brings this feeling of escape from the stress of the city, and at the same time it is close to all kinds of comforts such as good coffee and delicious food.

That's why we advise you to grab the cameras and go today for a quick walk among the autumn colors of nature. 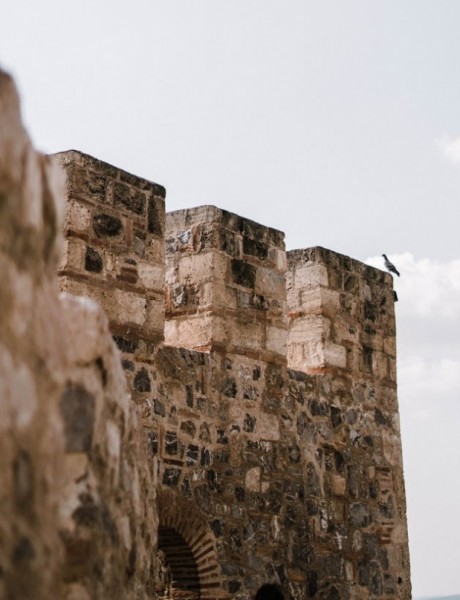