At the very end of 2019, the team of Lost in Plovdiv joined the festive architectural tour organized by Pod Tepeto and the Bulgarian Modernist ArchitectureFoundation. The chairmen, Theodor Karakolev and Vasil Makarinov, gathered more than 50 people, with whom they spent some two hours exploring some of the typical examples of the era between and after the two world wars. 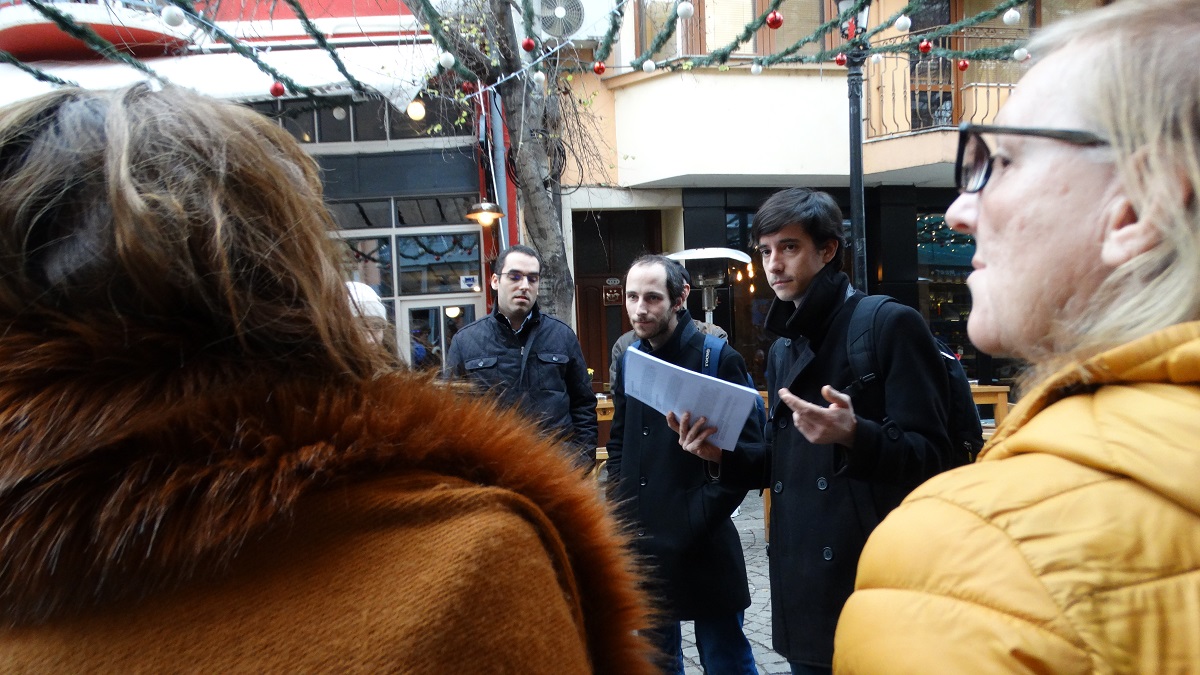 This is not the first tour they take, but it definitely shouldn’t be the last. It turned out that quite a lot of the residents of Plovdiv are excited about the buildings and their history, and we are sure that this will be interesting for tourists as well. 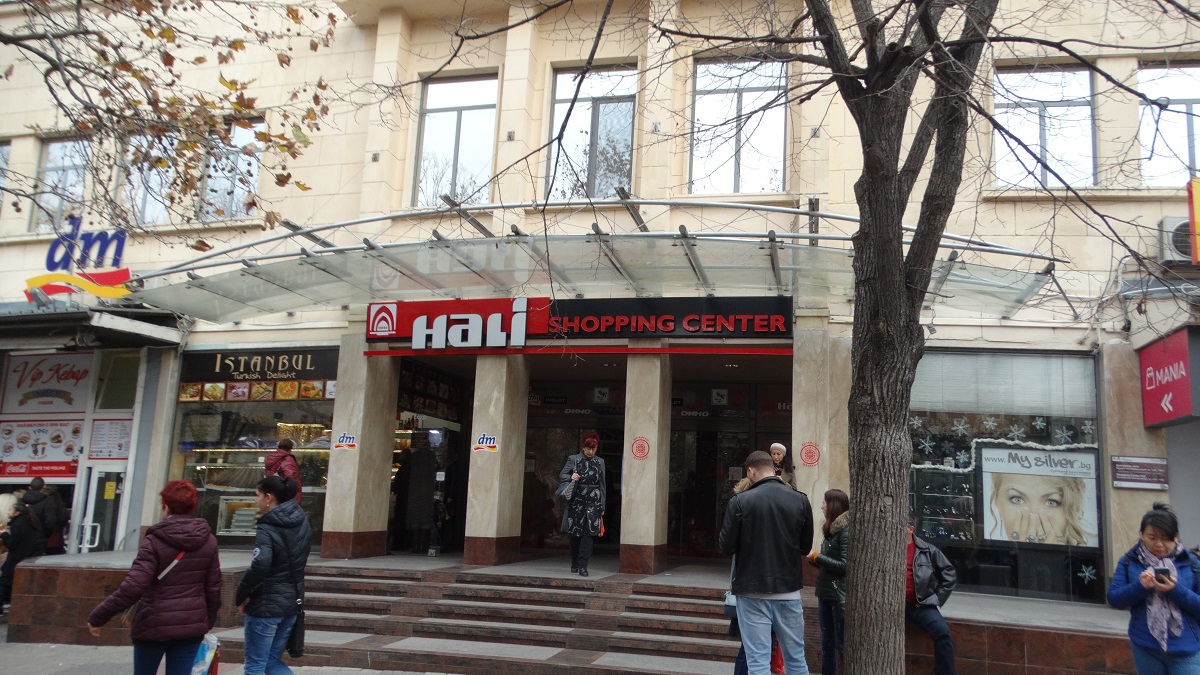 The building is one of the most prominent sites of industrial architecture in Plovdiv. The history of its construction dates back to the first half of the 1930s, when several designs for the building appeared that would replace the already announced for demolishing Kurshum Khan. In 1935 the project of Sofia architects Varakdzhieva, Skordev and Tsvetkov was drawn up and its implementation began in 1936-1937. The ideas of modern architecture are realized both by the treatment of the facade and by the design of the interior of the commercial halls.They are acting as a shopping mall to this day and you can safely examine the construction. 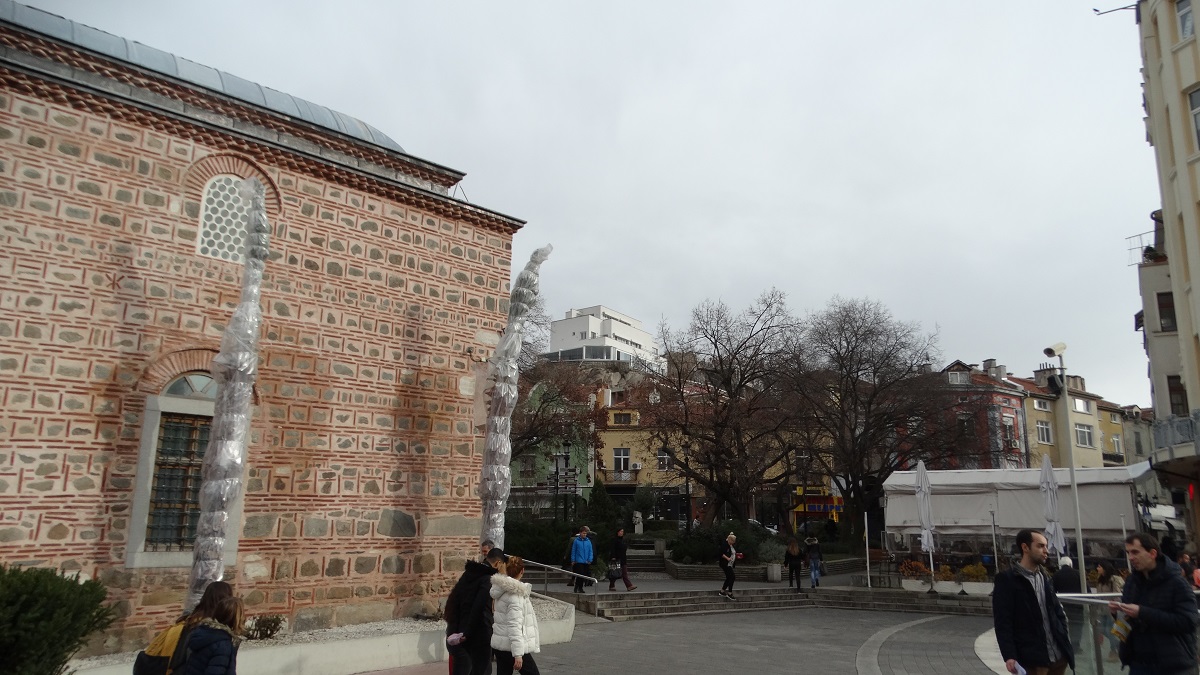 Other striking examples of the era can be seen standing in the very center of the Roman Stadium. In fact, it is like an intersection where you can enjoy elements of art deco and modernist architecture. 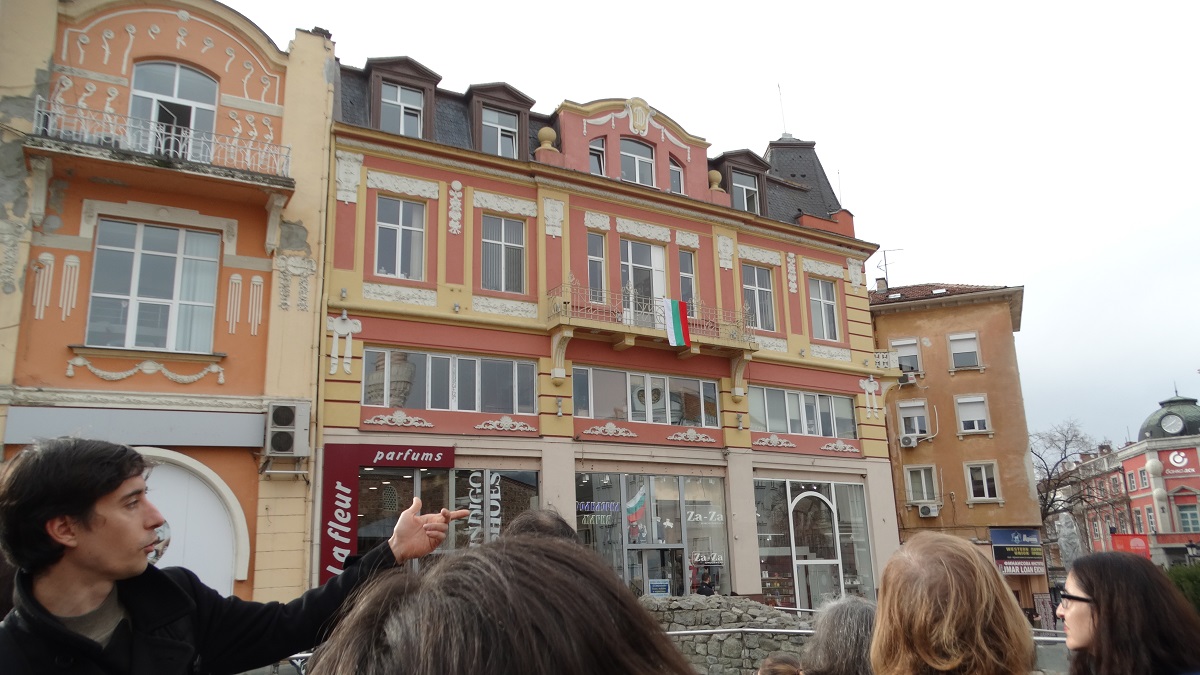 Looking east and up you won’t miss the magnificent white building popular among Plovdiv residents, such as the Bauhaus on the hill. It was abandoned for many years, but a little over a year ago underwent repair. The building is one of the most valuable objects of architectural modernism in our country, and this style is especially sensitive to the proportions in the volume of a building, as this is usually the main thing with which this architecture works - due to lack of details and ornaments. The masterpiece of architect Svetoslav Grozev is among the few flat-roofed buildings in Plovdiv from the period, impressing with other details - some of which have been preserved but others have already been destroyed.

The house of Dr. Blaga Semova-Ivancheva

The building fully corresponds to the time of the advent of modernist architecture in the last years of the 1920s. Characteristic of the period are the smooth walls, the horizontal window sills and the development around and along the entrance door in the spirit of the Art Deco.

Also interesting are the curtains that have been preserved so far, also distinctive in style.

The terrain on which it was built has a very large displacement and irregular shape. That is why the building was designed using some of the Revival architecture techniques - triangular bay windows for example. 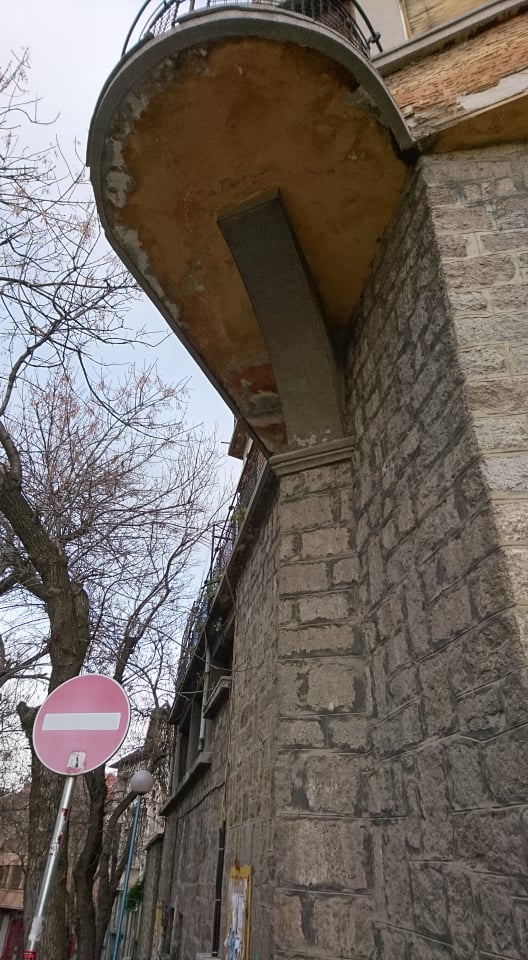 Typical is the layout around the front door, and the windows - double-winged and grouped in strips by means of a common ledge and cornice. 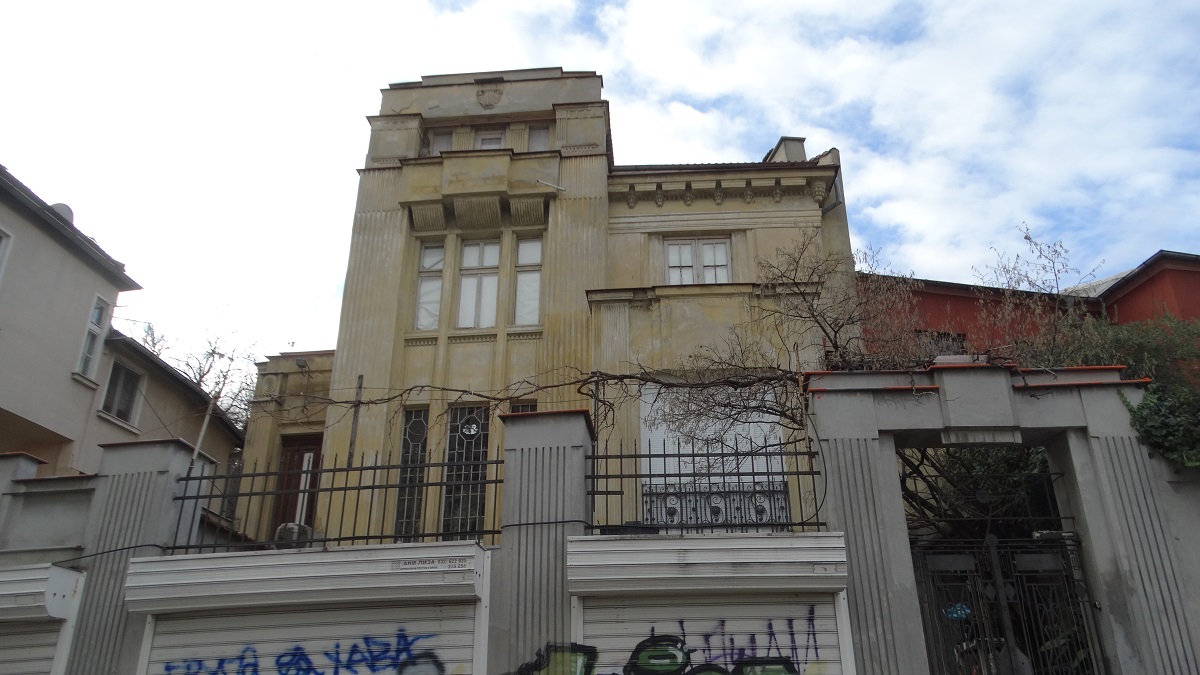 During the mid-1920s, the expression of the Art Deco style is largely observed in the architecture of Plovdiv. The house of arch. Stoyko Stoykov is one of the clearest examples - asymmetrical composition, elongation in height and a stepped end of the spherical volume. 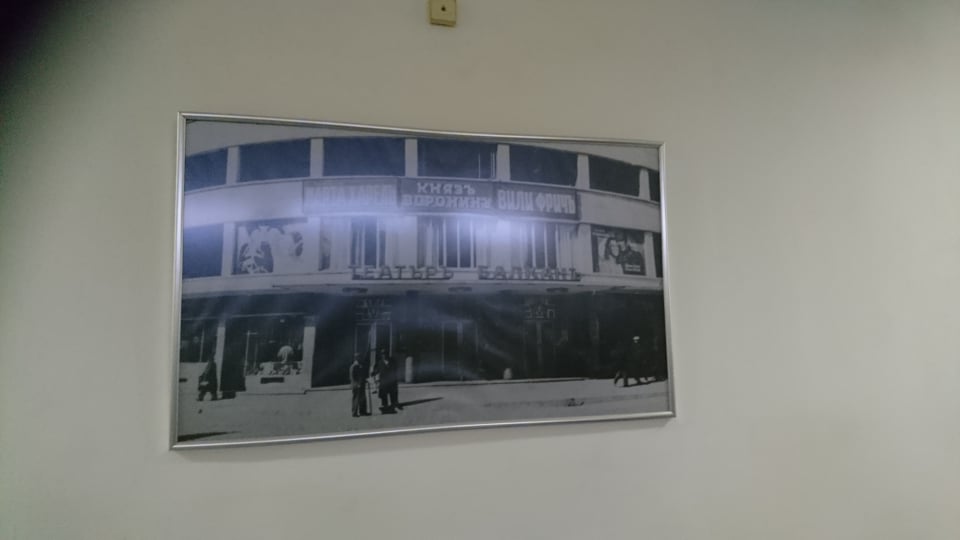 The owners of the cinema from its opening to the nationalization after 1944 are the two film makers - Kiril Petrov and Luka Todorov. The rest of the building was intended as a lucrative building - shops and offices. Its original appearance has a flat roof - a terrace, but today, due to many interventions, it is difficult to relate it to the models of modernism. The office part can be viewed freely, and in Lost in Plovdiv we also have a special article dedicated to the cult meeting place of Plovdiv residents.