In the last month the director of the Regional Archaeological Museum of Plovdiv, Assoc. Prof. Dr. Kostadin Kisyov, and his team established the upcoming exhibition of a monumental tomb complex on the Maltepe tumulus near Manole. His research will make an outstanding contribution to archaeology and world cultural heritage.

The Maltepe tumulus is located 20 km east of Plovdiv. It was first recorded and described by the Škorpil brothers. Its diameter is 140 m and the height is 26 m, and about 80 000 cubic meters of the earth is used for its rise.

The tomb near Plovdiv is unique. With its height of more than 24 meters, it is the highest open tomb in Europe with this type of pyramid structure, and it is even possible it turns out to be a worldwide unique discovery. This will become clear only after being fully exposed. In Bulgaria so far the highest one was in Pomorie, and there is another such building in Rome but with a height of only 6-7 meters. So far, the archaeologists have assumed that the building was completed in the middle of the 3rd century. This is expected to be confirmed in the excavations and discoveries that are ahead. But there is also evidence that it was started earlier - at the end of the first or the beginning of the second century AD. 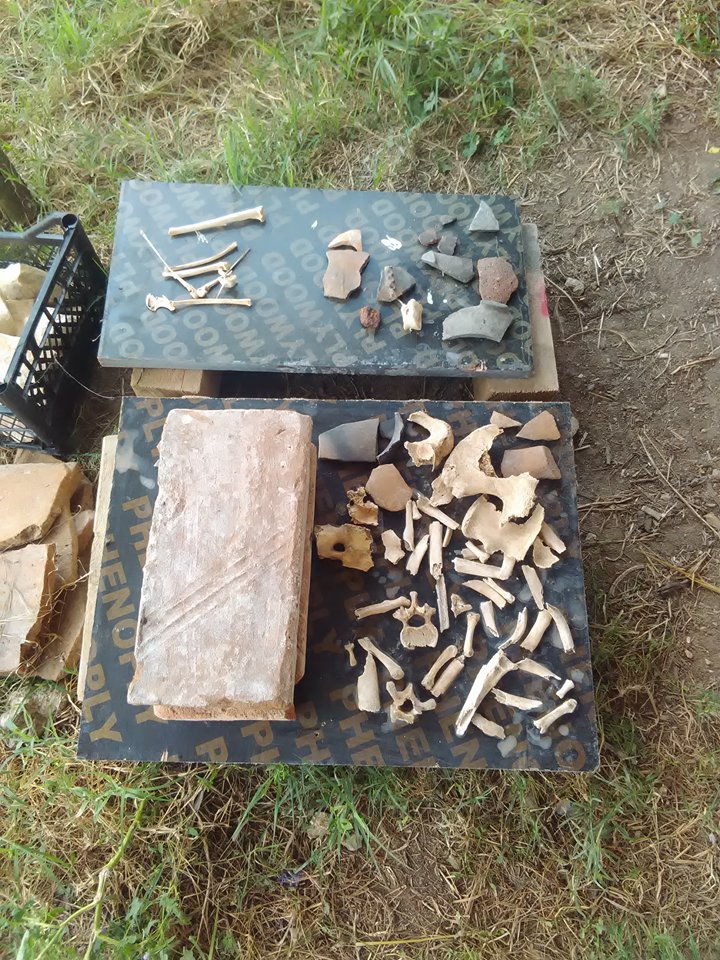 Assumptions as to whom this tomb might be are also missing since the tombs of two Roman emperors from this period are not known, and one of the last Thracian rulers of the Odrysians could be buried here. Around the mound, there was a 450-meter wall of monolithic, 2-meter-high stone blocks, which is another reason to assume the extremely high rank of the man buried there. 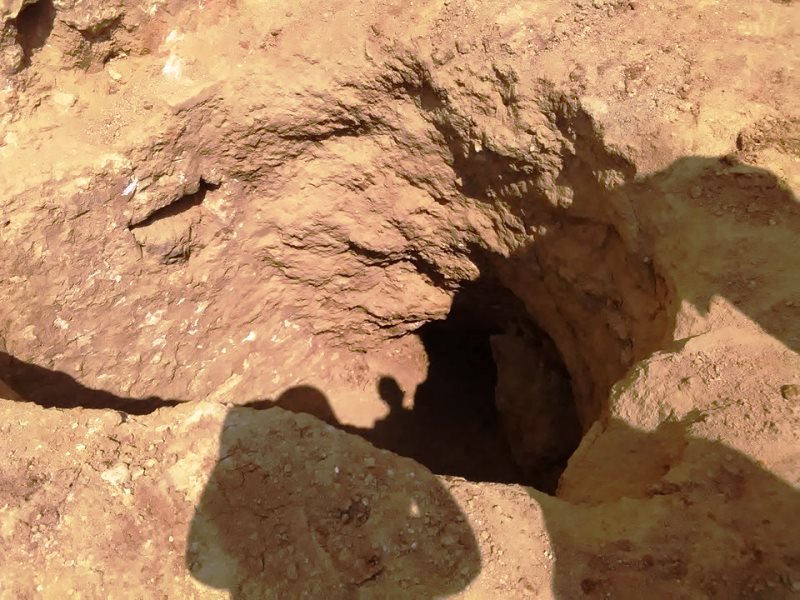 At the very top, traces of marauders and treasure hunters can be noticed, but it seems that they have failed to reach the interior, and they are most likely from 70 to 80 years ago.

So far the entrance has not been discovered, but there are a few meters of a cob wall visible, cult pits around the mound where gifts have been laid, and a large number of Roman coins dating from the 2nd and 3rd centuries. The whole process is very time-consuming and requires careful work layer-by-layer, with shovels, brushes and spatulas, centimeter per centimeter. 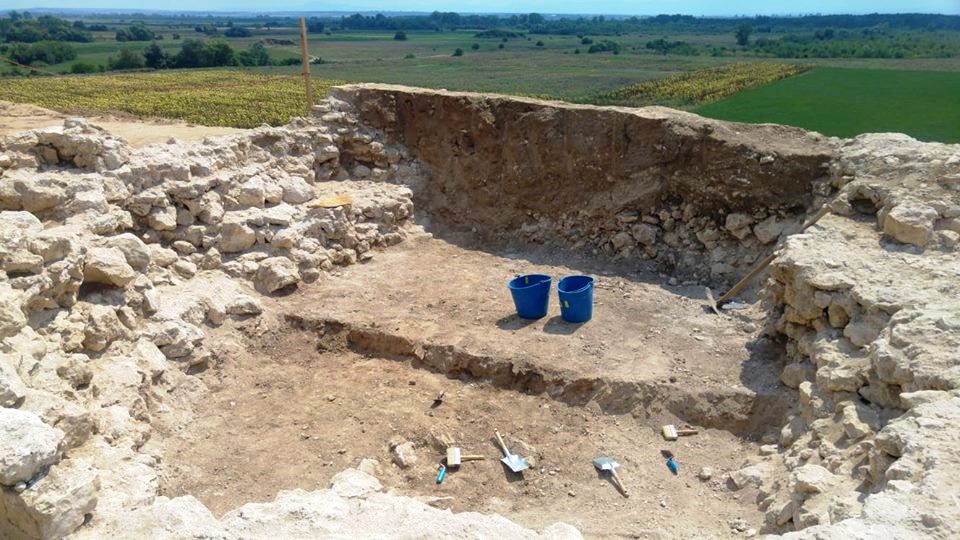 The plans are to open gradually and the mound to be opened to visitors and tourists at the time Plovdiv will be European Capital of Culture 2019. 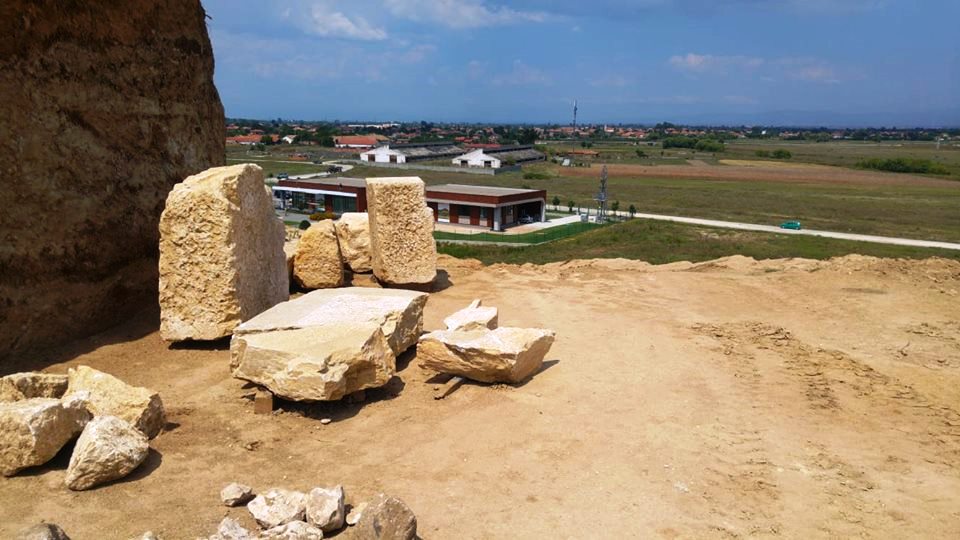 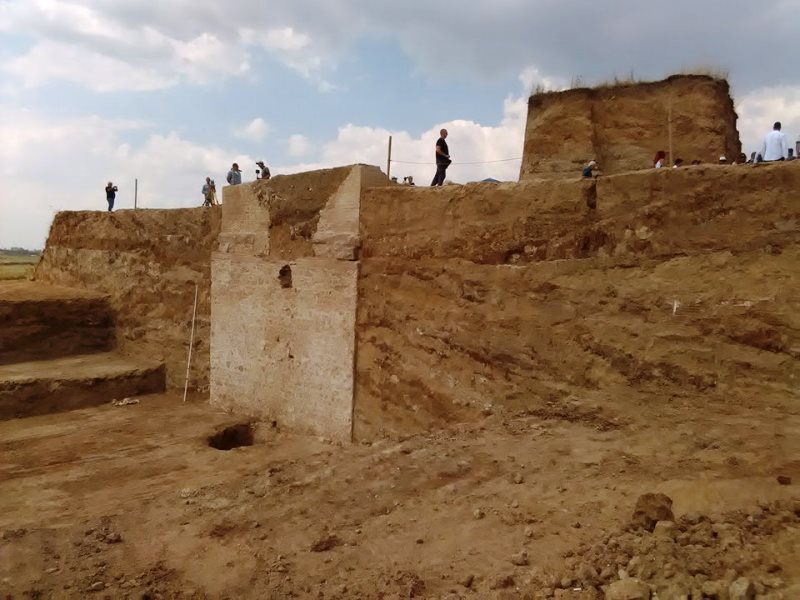 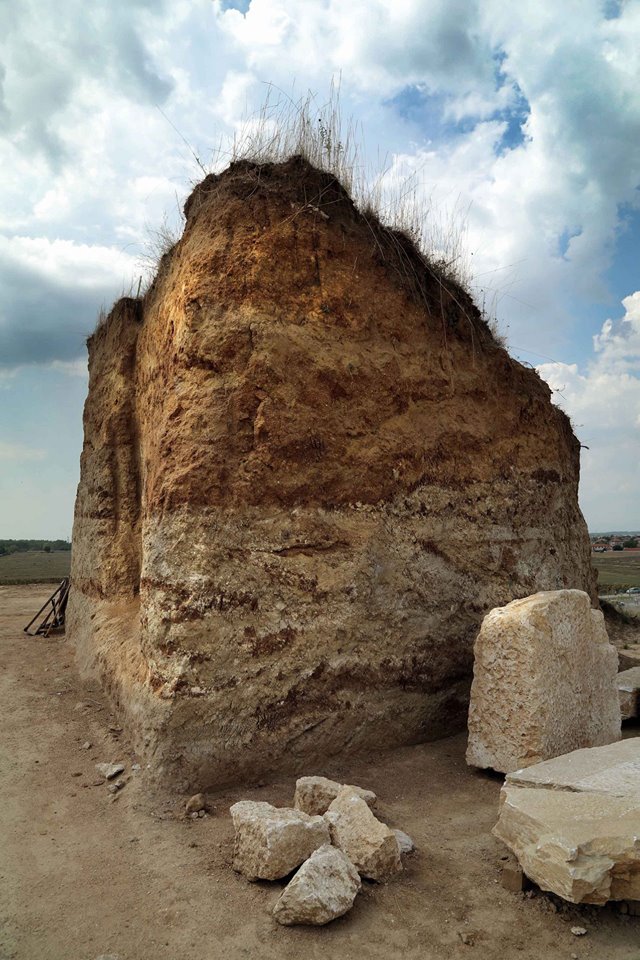 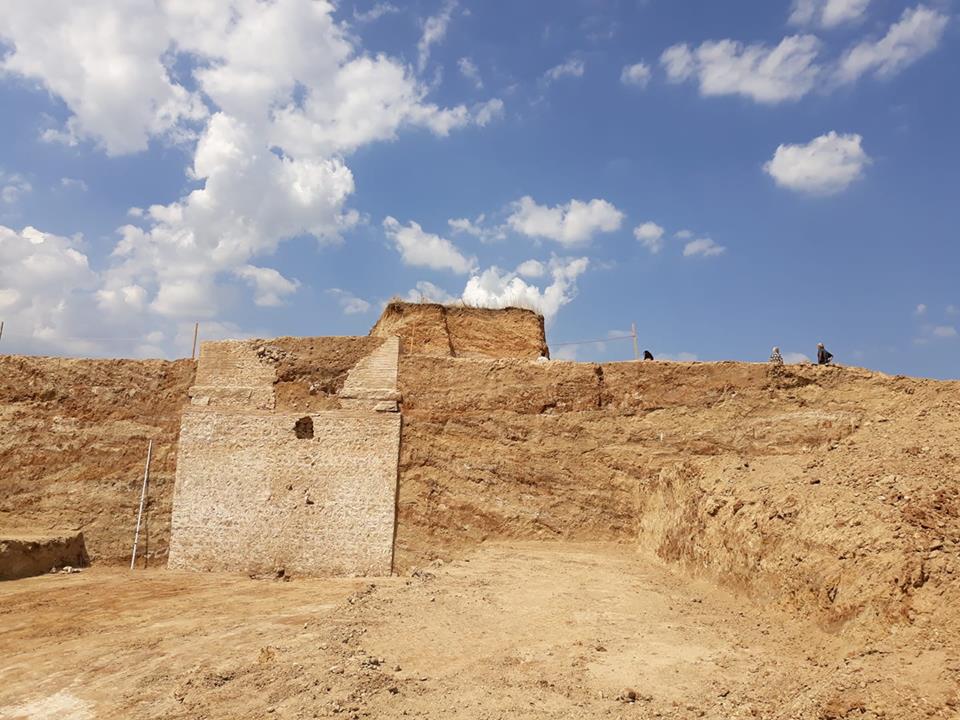 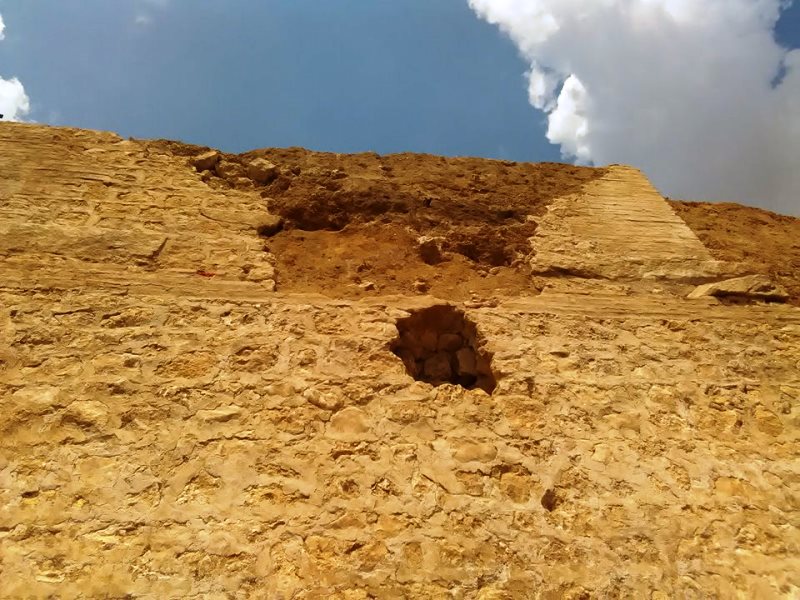 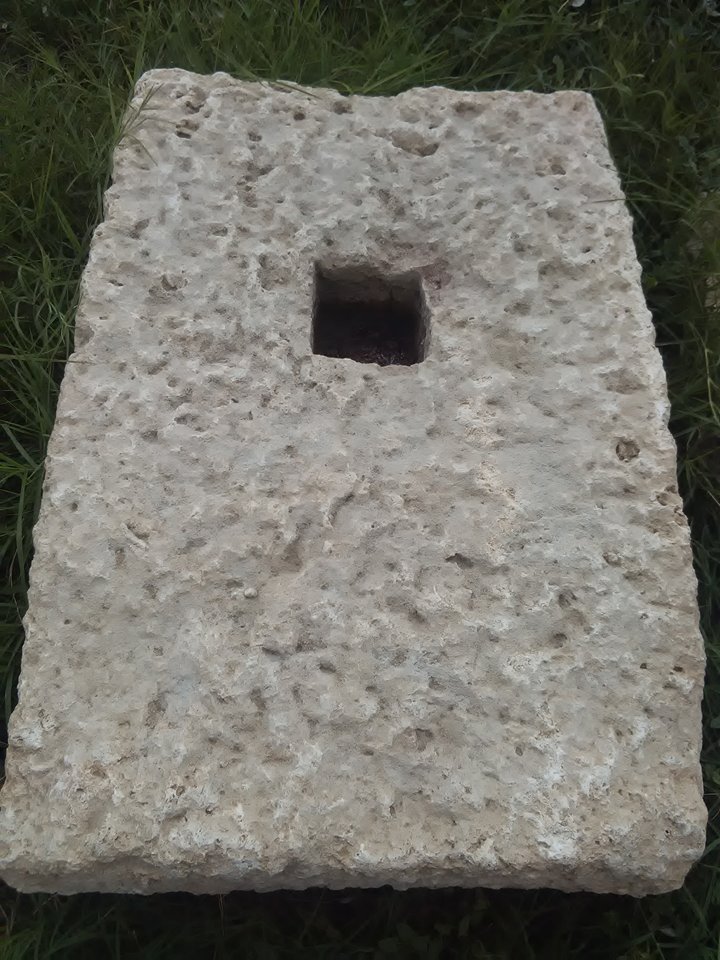 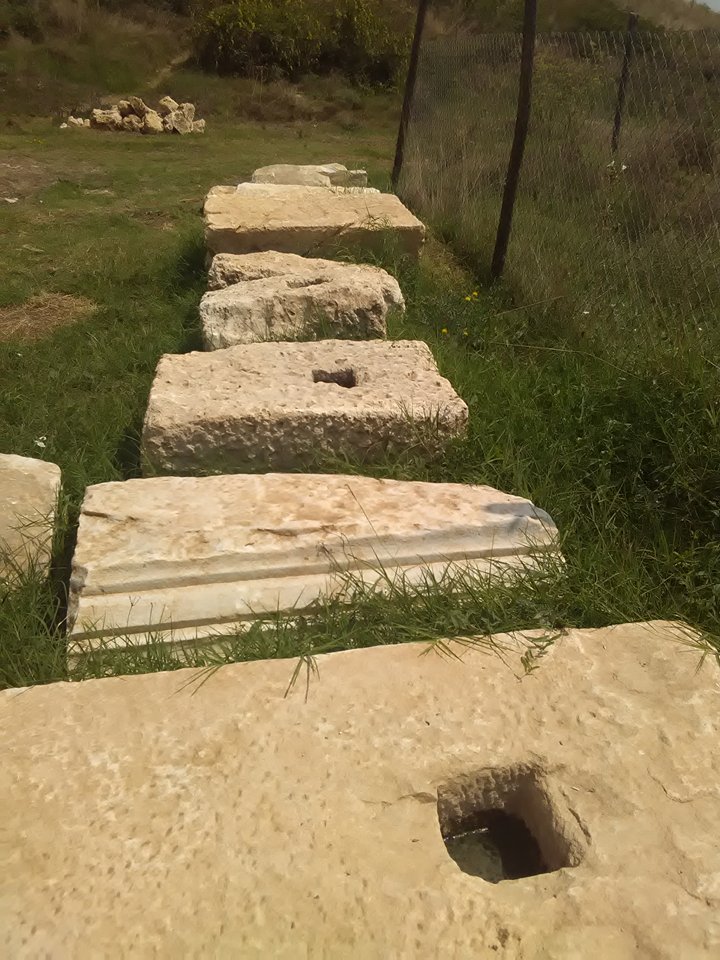