The central location of Plovdiv in the Thracian Plain makes our city a great starting point for many interesting destinations. In about an hour we can get to picturesque locations such as Karlovo, Sopot or the village of Kosovo, for which we have told you in previous articles. Today we’ll offer you a walk not in the mountain, but in the plain - in the Thracian tomb near the village of Aleksandrovo. 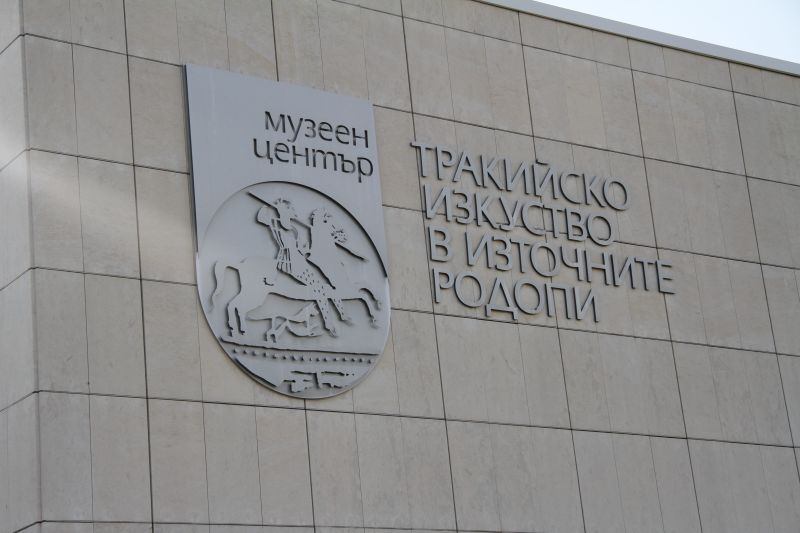 The tomb of Aleksandrovo is one of the most impressive sites of the cultural heritage of the Thracians which have reached us. Though the tombs of the Thracians are many, and each of them interesting and specific in their own way, namely Aleksandrovska is in the group of the most interesting - together with Kazanlashka, which is the other richly painted, and that in Sveshtari in northeastern Bulgaria, which impresses with its sculpted figures on the walls. 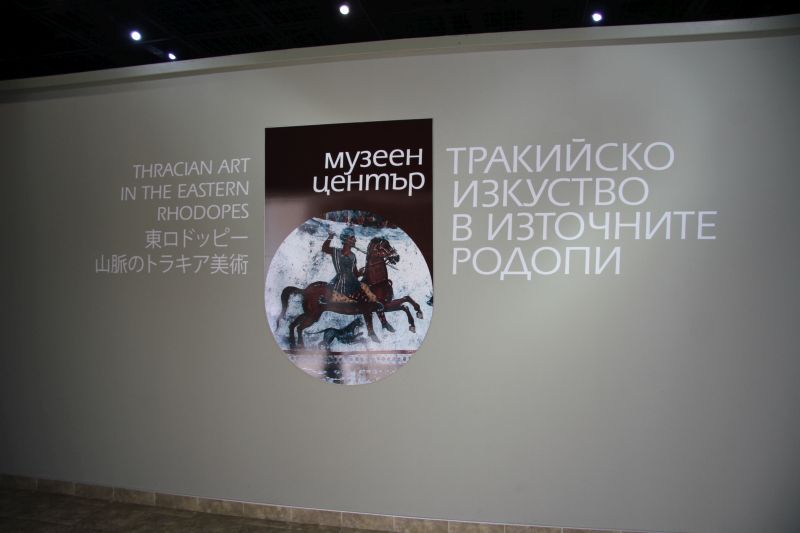 The Tomb of Aleksandrovo was erected in the 4th century BC for a noble Thracian. It has many of the typical features of the majority of other tombs –a main room with the so-called beehive vault, which is reached by a long corridor called dromos by the experts. 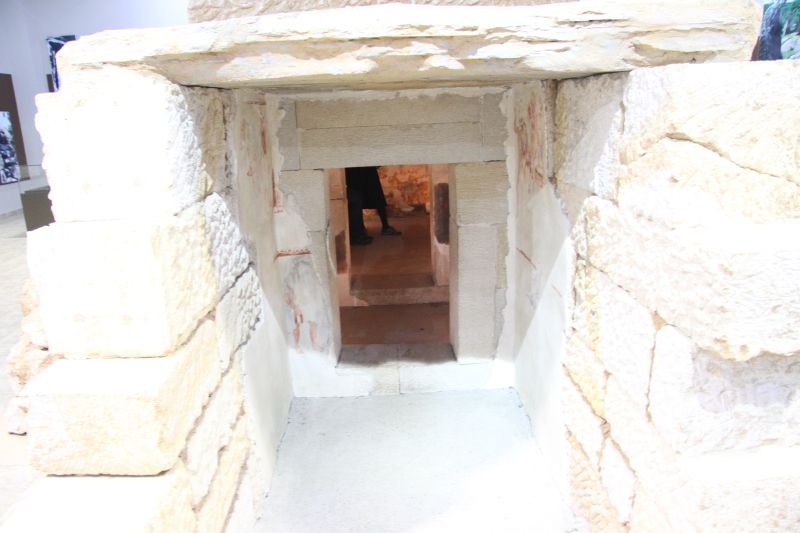 The site was discovered and explored in 2000 by archaeologist GeorgiKitov. In all likelihood, it has been robbed in the past by treasure hunters, as it was revealed empty. From what archaeologists found, wall paintings are extremely valuable. The central premise is mainly and best preserved. 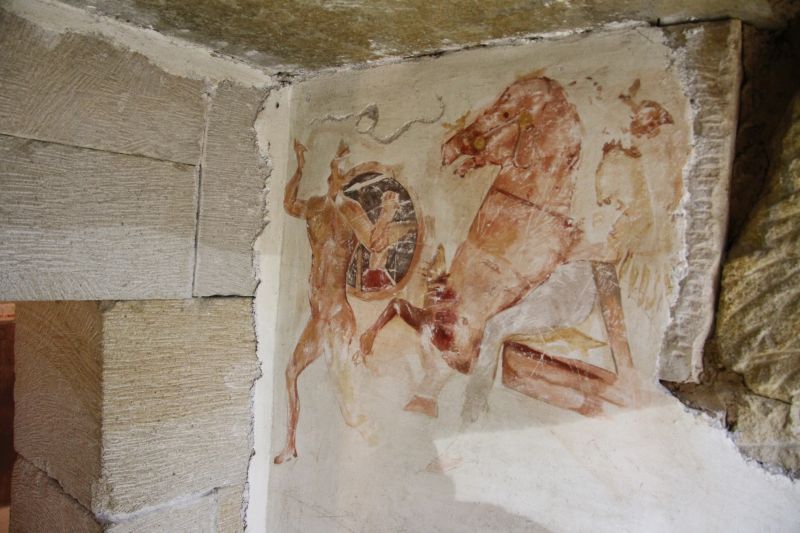 Several hunting scenes are depicted in this part that the thracologists interpret in different ways. There are hunting scenes, a funeral feast and others for which the basic version is that these are scenes from the afterlife of the deceased Thracian. There are, of course, many other versions. 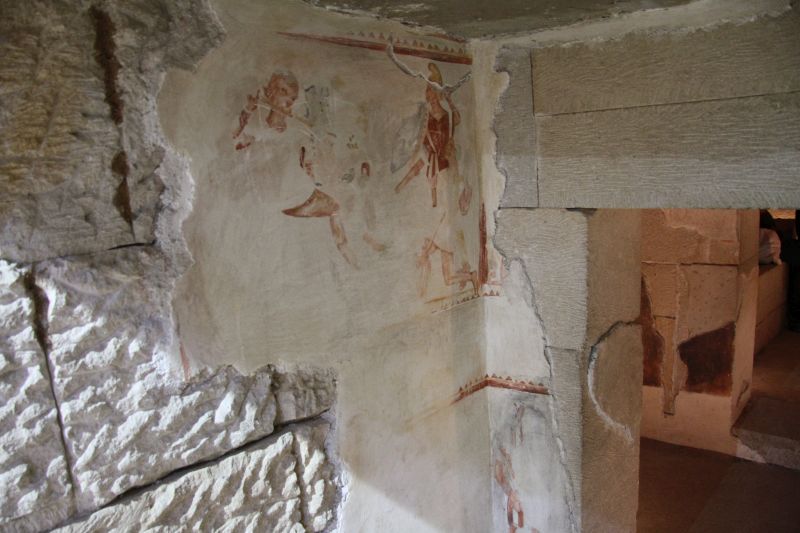 One of the most interesting elements in mural decoration is the signature and self-portrait in it. Extremely unusual and unexpected in such a place, it is also the subject of many hypotheses. According to the basic version, this is the author of the frescoes, which he also signed with his name - KodzimasesHrestos, or master Kodzimases.

Unfortunately, after discovering the tomb, rapid destruction processes began there. It was decided that it would be preserved and kept in special temperature and humidity, and people wouldn’t be allowed inside. Fortunately for us, representatives of a Japanese fund remained extremely impressed by it and helped the Bulgarian state to create a museum visitor center with a relatively exact copy of the tomb. So today we can see the tomb in peace and quiet, as well as a good exposition with explanations of the frescoes. There are also various material artifacts in the museum center to tell about the life of the age. In the exposition, some of the other Thracian tombs can also be found in order to make a comparison and to get an idea of the Thracian life. 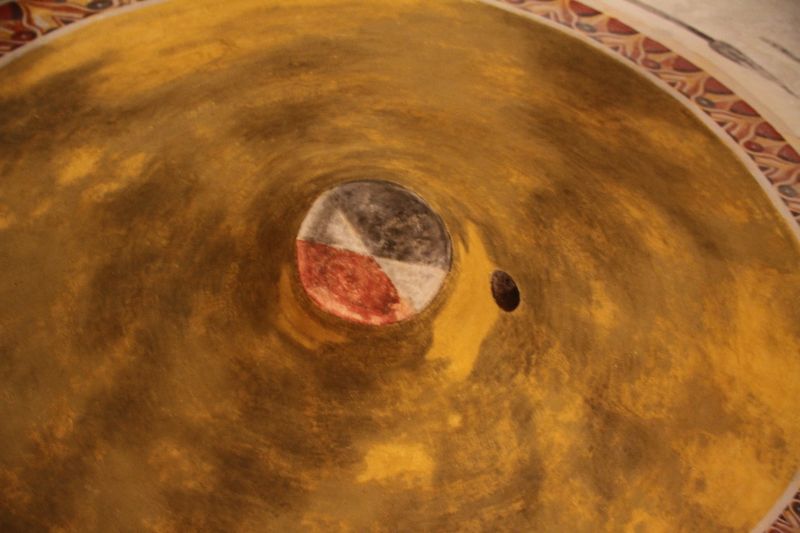 The museum complex has a nice parking lot. It works every day of the week except for Monday, and in the summer months it is open from 9 am to 6 pm, and in the winter - from 9 am to 5 pm. The entrance fee is 4 BGN, 2 BGN for students and retirees and the attractive tour with a guide is 6 BGN. Unfortunately, despite the extremely high level and importance of the site, it is unusually difficult to access. The tomb is located next to the Maritsa highway, but there is no turning point. It is most easily reached by taking the exit to Dimitrovgrad, then driving around 20 km on the intervillage road. But the drive is certainly worth it. 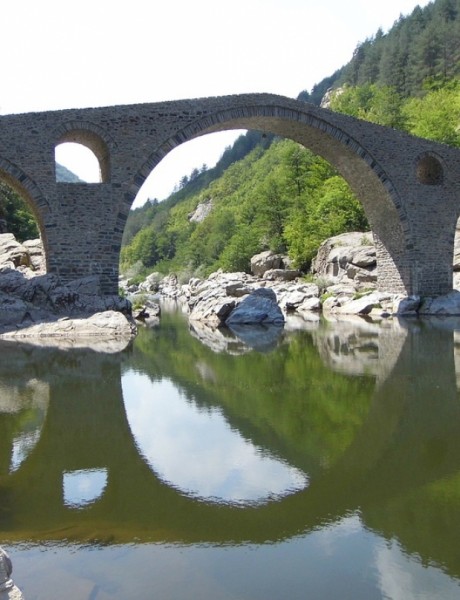