A house in four seasons

Hindliyan House is one of the few Plovdiv symmetrical buildings preserved in their original form. It covers a total area of 254 square meters, not including the outbuildings in the yard. It is a model for several real innovations in revival construction. One of them is the built-in tank above the roof of the kitchen, in which the rainwater was collected and poured through pipes in the kitchen, the washing machine and the bathroom. In addition, the first underfloor heating was introduced in it. It was located in the bathroom, which was the only one of its kind in Bulgaria at that time, built of marble and plaster.

The decoration is unsurpassed in its elegance and according to the architects Hindliyan is the building with the richest pattern in Old Plovdiv. It was restored in 1974 and declared a cultural monument of national importance.

The house is located on Artin Gidikov Street and impresses all visitors with its elegance. It is no coincidence that the photographer with a filter for the beautiful, Dimitra Lefterova, often turns it into the center of her unique shots and likes to capture it in every single season and its charm. 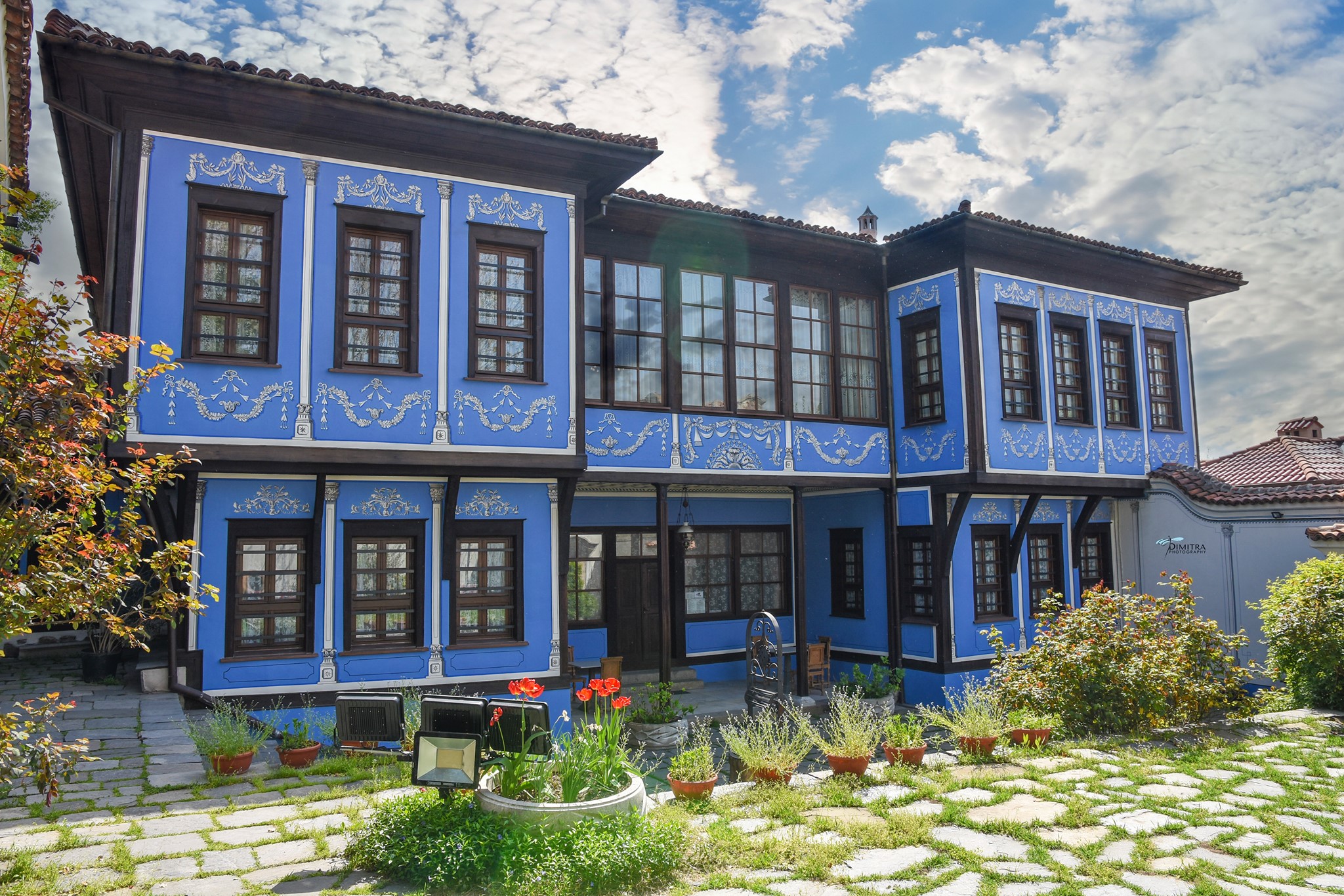 Houses on a corner without a right angle in Plovdiv

An architectural tour, which reveals an interesting trend among the buildings built at crossroads in the city under the hills

With today's article, the team of the only digital guide under the hills will take you virtually around 5 of the private houses he has designed. Unfortunately, some of them were demolished and thus irretrievably lost, but others are still in use today