We don’t spend every weekend with a cocktail in hand or eating a burger at one of the many restaurants in Kapana. Sometimes we just want to escape the whole city madness and vanity and fill our senses with sights, fresh air, and good emotions. We are happy that one of the most beautiful mountains in Bulgaria - Rhodope is so close and the planning of a short weekend trip is not at all difficult and time-consuming.

The places the team of the only digital guide under the hills selected will surely take your breath away so grab the cameras and the comfortable shoes and plan the route now. 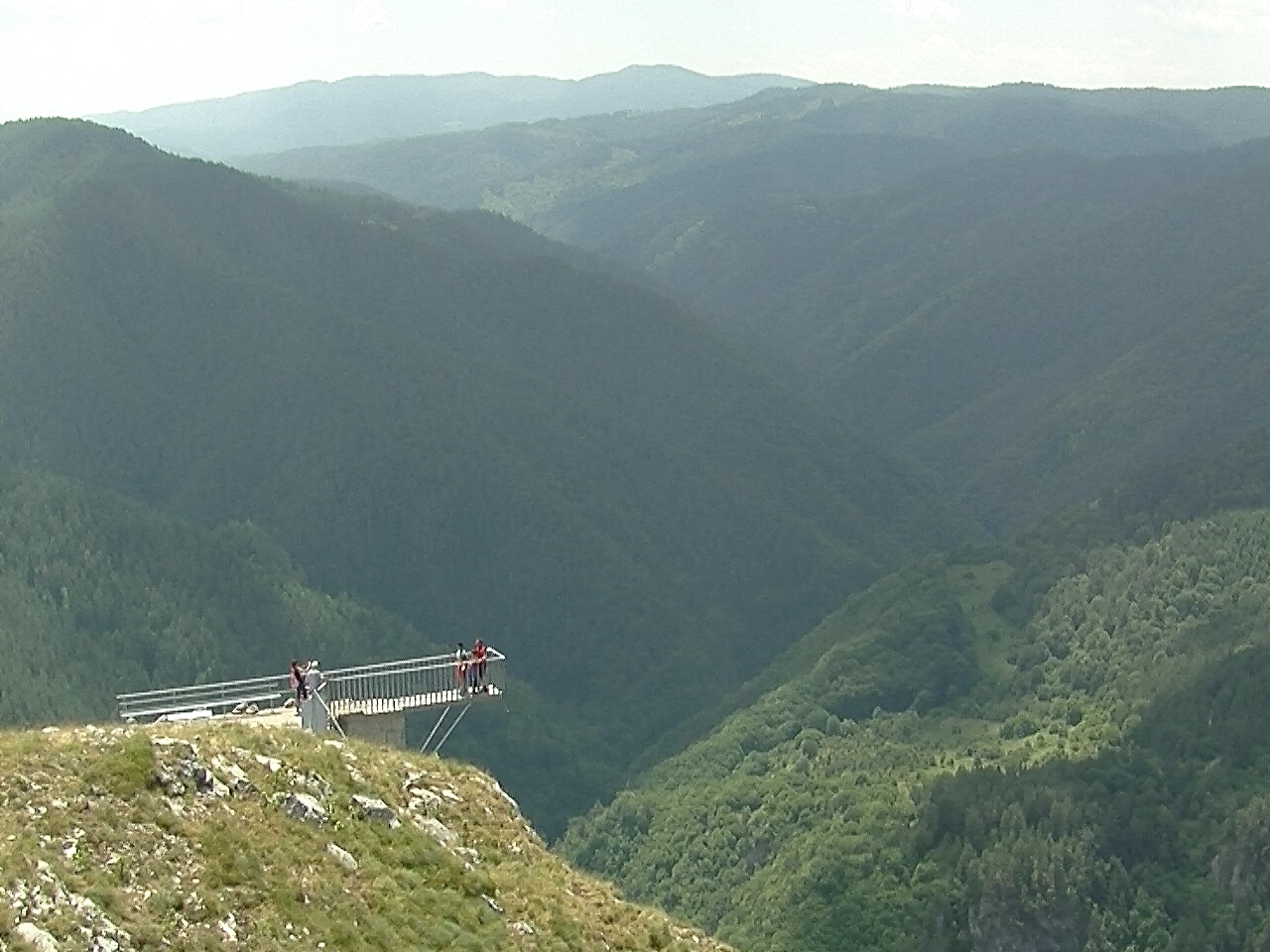 Orlovo oko (Eagle’s Eye) is a tourist site for sightseeing and a popular tourist attraction in the Western Rhodopes. It was built on Mount Iliya at an altitude of 1563 m and is the only one of its kind in Bulgaria. The construction is powerful and robust, designed to withstand up to 3 tons of load. It was built in 2009 by the tourist company Rhodopea. From the facility, you can enjoy the magnificent views of the Buinovsko Gorge, the Rhodope Mountains, and even the Rila and Pirin Mountains. You can’t describe the feeling to stand on the edge of the platform and gaze in the distance, watching the mountain almost from a bird's eye view. You can access the site by a mountain trail or an off-road car. If you choose to climb up there, it will take at least an hour and a half, but every step is worth it. 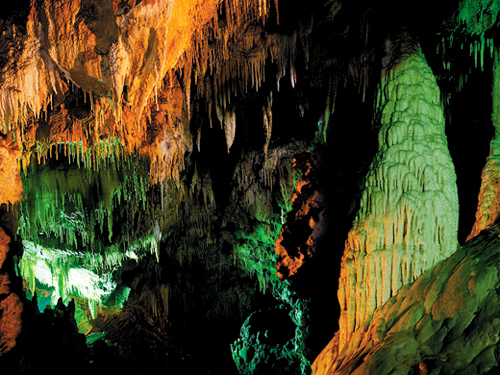 Just next to our first suggestion is the Yagodinska Cave, which is the third largest in Bulgaria and the longest in the Rhodopes. It is 10,500 meters long and the tourist route is 1250 meters long. Magnificent and beautiful formations can be seen along the entire tourist route - stalactites, stalagmites, columns, helictites, rimstone dams on lakes, scallop resembling leopard skin, cave popcorn, draperies and some of the most unique formations - cave pearls. A total of 22 formations of 28 known. Some of its interior layouts remind you of Santa Claus, Snow White and the Seven Dwarfs, Virgin and Child, Pizho and Penda, animal figures and fantastic figures. Of the animal world, there can be found different species of bats, cave locusts, spiders, troglo fauna and others, and flora - lichens, mosses, molds, and mushrooms.

In the cave, there is a ritual hall where civil marriages are conducted.

A one-lane asphalt road leads to the cave through a gorge. It can also be reached by a two-hour hike from the nearby village of Trigrad. In front of it, there is a parking lot and a restaurant. It works all year round without a break, and the entry is organized with a guide. 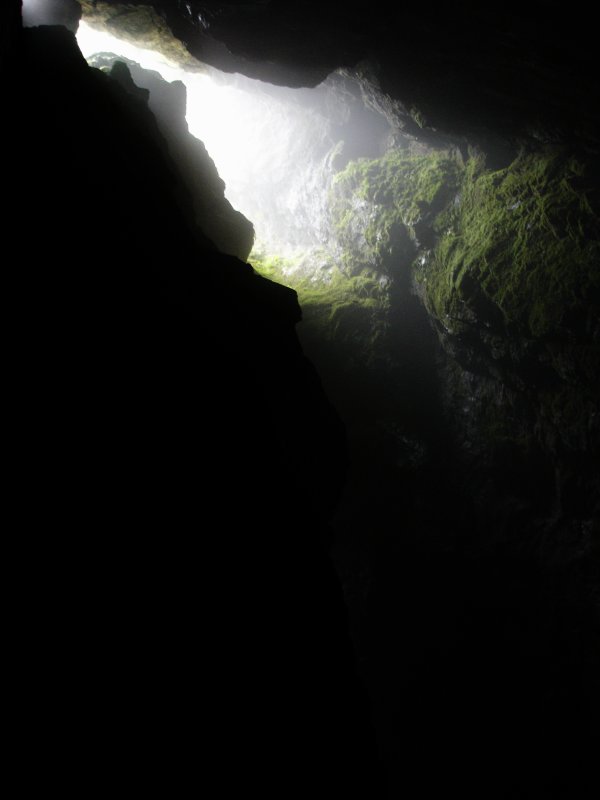 There is another cave in the area that you shouldn’t miss. Devil's Throat is a precipice cave with the highest underground waterfall in the Balkans, formed by the waters of the Trigrad River falling in 42 m. Devil's throat is called this way because, as local people tell, nothing that falls into the underground labyrinth of the cave comes out of there. According to legends, it was through the Devil's Throat that Orpheus infiltrated Hades's underground kingdom to save his beloved Eurydice. His love hurt Hades, and he allowed them to leave the underworld, provided that Orpheus did not turn back. But as he passed through the buzzing hall, he no longer heard the footsteps of Eurydice, frightened, and turned. The body of Eurydice was petrified, and her soul returned to the underworld. 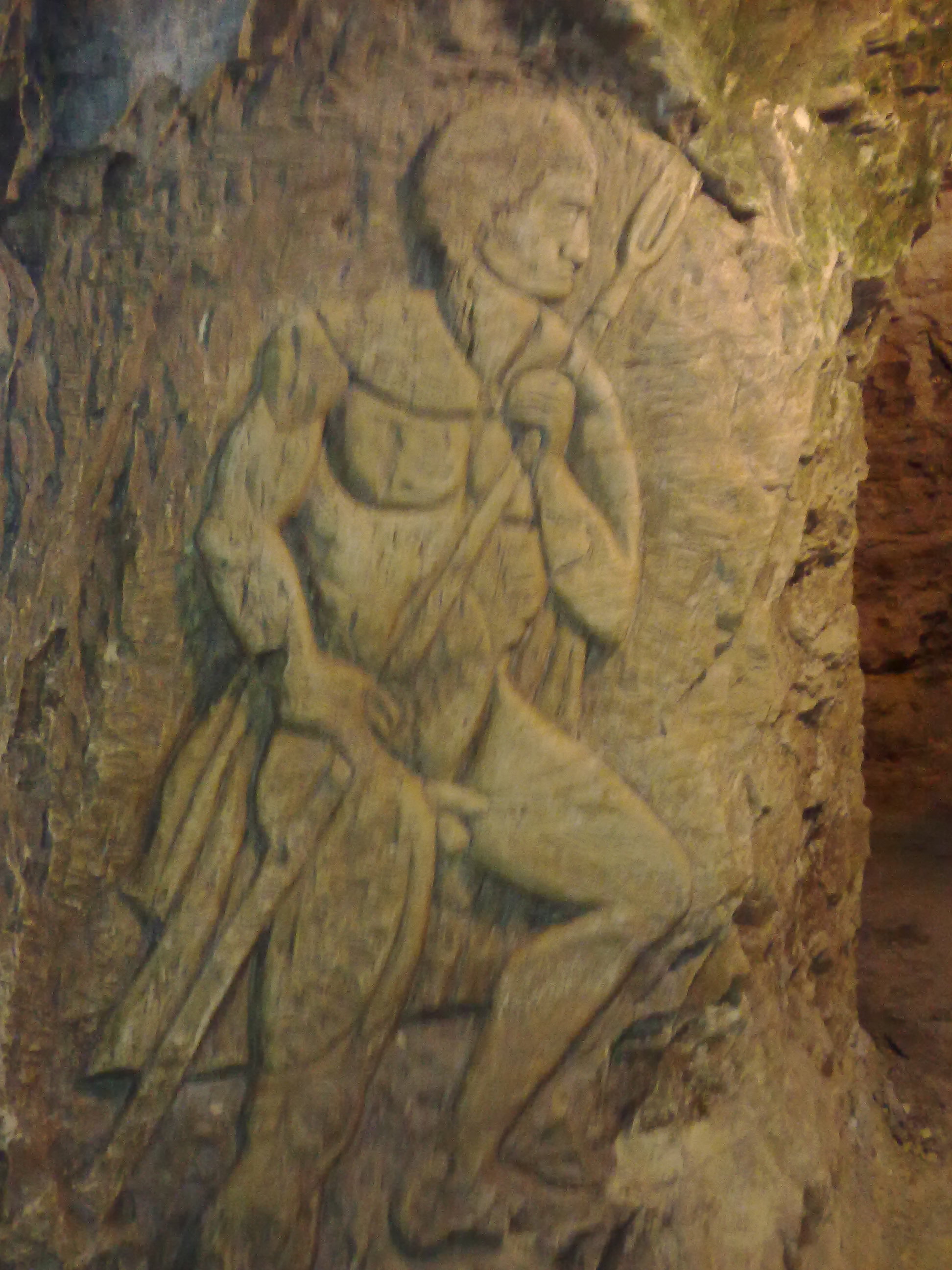 This is one of the few Bulgarian caves in which there are no interesting formations, but the mystery in which it is covered and the feeling of water power is what attracts thousands of visitors throughout the year.

The entrance of the cave or the exit for the visitors resembles a devilish head in whose throat the waters of the Trigrad River flow. The tourist route is opposite to the course of the water through the cave. It is entered through a 150-meter-long tunnel dug into the rock, which is almost straight at the beginning, followed by a coil. In the beginning, there is an opening through which, looking down, there is a huge and buzzing hall. Along the hall, there are secured rails with platforms. Somewhere in the middle, there is a small rock chapel with a faucet, with the water of which people wash their faces. Coins are also left. Then the stunning climb goes straight up the steep steps. They are 301 in number. There are three reliefs in the cave. The first of these is a devil's head, located near the visitors' entrance, shortly before descending into the Buzzing Hall. The second one is the figure of a full-length man in an antique style cut into the stone in the Buzzing Hall. The third one is the figure of the Virgin Mary in the niche-altar.

The visit is only a guided tour, and during the winter it is good to warn in advance.

Early autumn is the perfect time to visit the mountain because the vegetation is in a variety of colors, the sun still warms us during the daylight and the walk not only energizes us but also reveals such spellbound places. 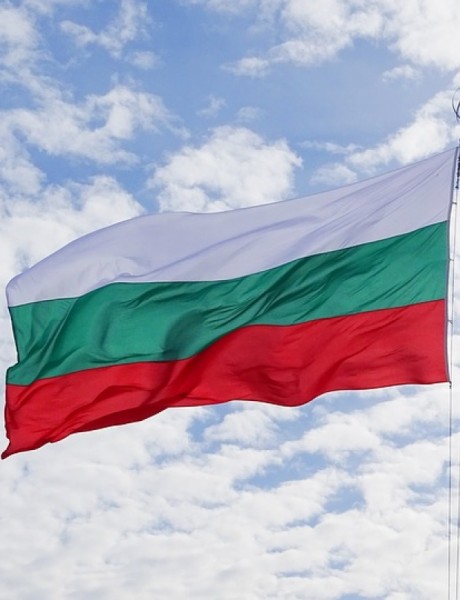 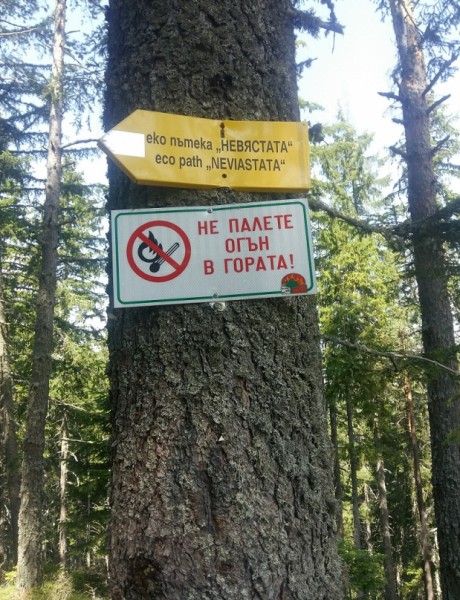